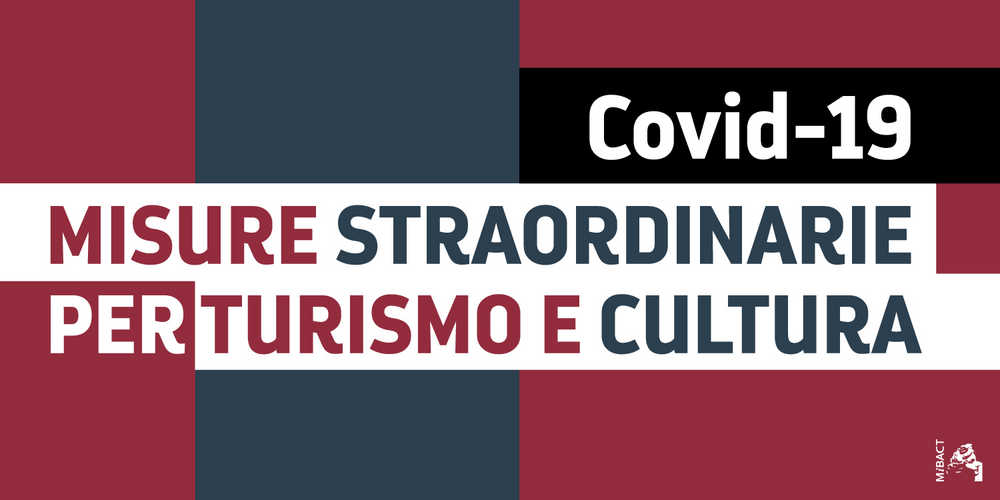 The economic package launched by the government, to stem the effects caused by the coronavirus, provides for new measures to support tourism and culture (SLIDES). Italy must face this health emergency but also the closure of the borders that will have evident repercussions on the country system. Good news is that the government led by Giuseppe Conte thought about cultural heritage.

“These sectors has been hit quite hard by the spread of the coronavirus and the measures adopted to contain the infection – commented Dario Franceschini, Minister for Culture and Tourism.”

The law decree also launches a lifesaver to the many workers and businesses of the cultural, creative and tourism industries. Sectors which, as the Minister said, “are one of the main engines of the country”. It is a first instalment of interventions. New forms of aid are likely to be adopted in the coming months. Franceschini stressed that the measures “take into account the numerous instances of the trade associations with which we have had a close dialogue in recent weeks”.

Campaign to promote Italy in the world

We also think about the creation of an extraordinary campaign to promote Italy in the world for tourism and cultural purposes. The approved measures integrate and strengthen the actions for tourism contained in the first decree.

The government, in fact, had already stopped payments for social security contributions for hotels, agencies and tour operators from all over Italy. There is also the possibility for agencies to refund customers with a voucher. A measure that the new decree now also provides for tickets for shows, cinemas, theaters, museums and other places of culture. Also extended to packages purchased for hotels and accommodations.

Provisions also include setting up an emergency fund for entertainment, cinema and audiovisual.

One hundred and thirty million euros for 2020 to suppor operators, authors, artists, performers affected by the measures taken for the covid19 emergency and for investments to relaunch these sectors. A decree implementing the MiBACT will follow to establish the methods for allocation and assignment  of resources.

With the new package, extraordinary bonus are added for workers in the various sectors. Social safety nets have also been extended to seasonal tourism and entertainment workers.

The decree-law suspends payments of withholdings, social security and welfare contributions. Also stop the premiums for compulsory insurance for those who manage or organize theaters, concert halls, cinemas, fairs or events.