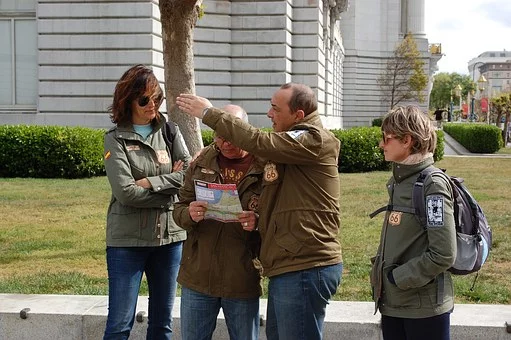 Does being polite mean something in the internet age?

In Italian, in order to be polite with someone you meet for the first time, or someone you are not familiar with, we use third-person singular verbs. But this practice is now almost unknown. The new generations are growing up without the habit of being polite with words. And it is a pity, because this form – which followed the older one of refering to a person with the second-person plural of the verb – is one more possibility of being respectful towards our interlocutor. Who knows. Maybe this practice has disappeared dut to the influence of the Anglo-Saxon language, where the distinction between “you” and “thou” has long since lapsed to end in an indistinct “you”.

It is true that the use of this way of speaking varies greatly in the various Italian regions. In the South, even the new generations still have the good custom of referring to strangers with the third-person singular (it happens frequently on instagram too), while where I’m from, in Emilia-Romagna, where everyone is friend with everyone, if you use the third-person singular with someone you’ll see him wide eyed. Let’s see when it would be right to use this practice.

Use the third-person singular with elderly people

The reason why we should use the third-person singular with an elderly person is not because he or she used it in his/her day. Indeed, if someone is really old in his day he used the second-person plural. We should be polite with words because in all civilized cultures seniority deserves respect. As if to say: congratulations for getting there.

With those who play an important role

It would be a good habit to use the third-person singular with anyone who plays a social role superior to ours. It would be fair to use this practice with your head of office, the mayor, politicians in general (even if they should learn to deserve it), the parish priest. In this case it underlines respect not so much for the person but for the institution that the person represents. That’s why if a patrol of the carabinieri stops in the street, it would be right to use it with them. Even if you get fined.

Being polite with strangers

Everyone uses the second-person singular since the first moment he meet a new person. In this way, any gradualness in knowledge has been abolished and we all seem old friends. It may seem beautiful but sometimes it is a fake facade. This is why it would be nice if we went back and use the third-person singular with those we do not know, waiting to win their trust and become familiar with them.

And you, who do you use the third-person singular with?