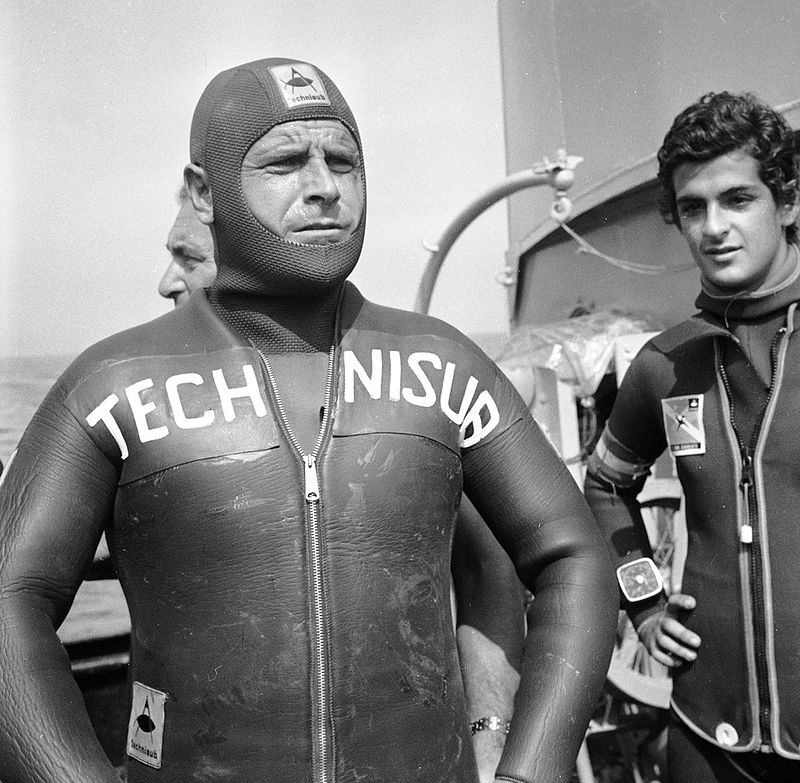 Enzo Maiorca, a life in apnoea into the depths of the abyss

Enzo Maiorca, a life in apnoea into the depths of the abyss. The great Sicilian diver remains an extraordinary example of passion for sport and boundless love for the sea. His passion begins we he was just 4 years, on the coasts of his Syracuse, his hometown. The magic of the waves, the depth and the mystery of the abyss fascin ate him so much that the sea becomes his true home.

Maiorca recounts his passion for the sea in some publications: “A capofitto nel turchino: vita e imprese di un primatista mondiale”, “Sotto il segno di Tanit”, “Scuola di apnea”, “Il Mare con la M maiuscola”. The feeling of Mallorca for the adventurous charm of the abyss is told in television reports, articles and even in movies. The last one is “Momentum” which outlines the portrait of 16 world-class apnoea champions.

In 1960, at the age of 29, Enzo Maiorca began his long career of diving and records. For the first time, he plunges to the bottom of the sea without tanks, managing to reach a depth of 45 meters in one minute and eighteen seconds. Majorca beats the previous 44-meter record, set a month earlier at the Circeo by Amerigo Saltarelli, Brazilian engineer son of Italians.

It is the first of a long series of successes that consecrates him as “king of the abysses”. In fact until 1976 he will continue to dive in apnea overcoming himself every time. Maiorca’s last big success was in 1988 when he achieved his last record at 101 meters deep, of course always and only with the help of his lungs.

Enzo Maiorca and experiments in the States

In June 1990, the great Maiorca was invited to the United States for experiments at the Physiology and Pathology Center of the University of Buffalo. And, in June 1993, he was the protagonist of the discovery of the Veniero submarine that had disappeared in 1925.

He strenuously carries on the battle to defend the sea and the ecosystem against drilling and the wild overbuilding of the coasts. To pay respect to the marine fauna, he becomes vegetarian by not eating more fish.

The scholarship in memory of Rossana Maiorca

Later Maiorca family dedicated a scholarship to marine biology students in memory of Rossana, Enzo’s daughter, who died prematurely in 2005 due to a cancer.

Maiorca’s life in apnoea is intertwined with that of the diver Jacques Mayol, his eternal rival. Theirs is a waltz of records, conquered and knocked down by diving, where the sea is always bluer. Maiorca and Mayol let the world know about the fascination of free diving: a unique and thrilling experience that tests the physical abilities of man with the power of the sea.

His long challenge with Mayol inspires “The great blue” (Le Grand Bleu), a film by Luc Besson that opens the 1988 Cannes Film Festival. A film production that gets a great success. The two kings of the abyss continue to be a shining example for those who love the healthy principles of sport and for those who defend one of nature’s most precious assets: the sea.