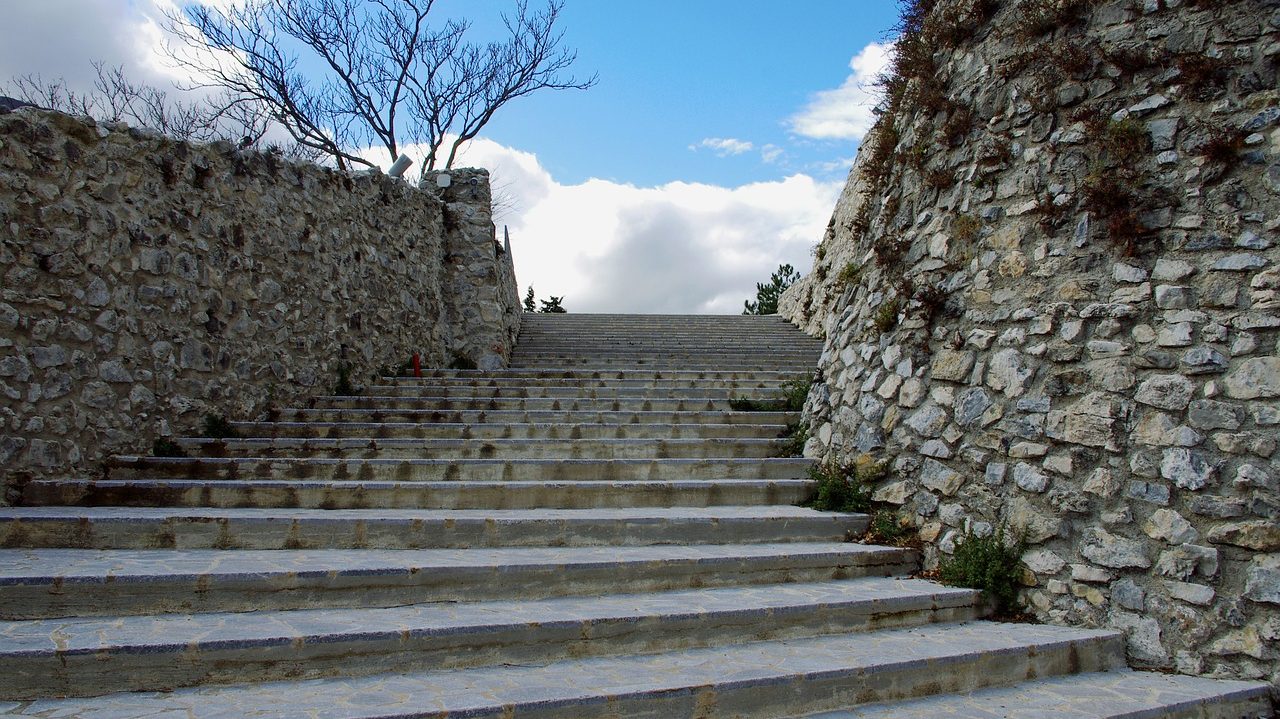 Ghost town of Pentedattilo in Calabria

Some places have stories that are so special and absurd that they seem to be invented or impossible. These places, unlike others, never cease to amaze, to impress or to be talked about. In Italy there is a particular place that seems to have come out of a story. One of those places where mystery is intertwined with fate to give rise to stories of ghosts, tormented lives, but also of catastrophes, rebirths and happy ending stories. We are in Calabria, on the slopes of Aspromonte and the place we will talk about is the ghost town of Pentedattilo.

The origins of the ghost town of Pentedattilo

The village owes its unique name to the rock in the shape of a hand that is located at the top of the mountain that overlooks it. This boulder once remembered a hand and the five fingers were clearly visible and distinguishable.

Unfortunately, erosion, earthquakes and various atmospheric agents have strongly affected the appearance. We are in the province of Reggio Calabria, in the most extreme part of the Reggio territory. Where the heel of the boot is bathed in the southern Ionian Sea, so south as to be able to see well the volcano Etna in Sicily, in the hamlet of the municipality of Melito di Porto Salvo.

Pentedattilo and its geographical position

The story that accompanies Pentedattilo is as suggestive as it is particular. This place was once a place of great commercial importance. Considered a strategic point for many centuries, both for the physical position it covers, literally set on Mount Calvary. And for the natural development of commerce, the village has experienced moments of great glory and wealth, so as to accommodate noble families and barons. Unfortunately, what in the past determined its richness became a weak point for the village. Due to the uneasy position for the transport of goods and due to the erosion of the land, the village was gradually abandoned to prefer moorings and simpler and more immediate accommodations. This determined the end from the commercial point of view and gradually the almost total and definitive abandonment by the population.

The history, the myth, the legend of the ghost town of Pentedattilo

Although the village has ancient origins, about seven hundred years before the birth of Christ, the story we are about to tell took place over two thousand years later, on Easter night in 1686. It was on that night that the legend began and in a certain sense it also ended. It was the time when rivalry in love and the honor of the pretenders could create real wars. Baron Bernardino Abenavoli, falls in love with Antonietta Alberti, decides to take her as a wife. However, Antonietta was betrothed to the son of the Viceroy of Naples.

Bernardino, prey to anger, enters the castle on Easter night where Antonietta and the promised bridegroom lodge, killing the whole family of the Viceroy’s son and taking the two future spouses hostage. Bernardino married Antonietta by force and kept the viceroy’s son prisoner. The latter managed to escape and attempted the extreme act of killing the Baron but without success. Abenavoli and Antonietta fled to Vienna where he joined the army and she became a cloistered nun.

Today Pentedattilo lives a second youth. As the Phoenician Arab is reborn from its ashes, this country is also reborn from its rubble. Declared habitable and not in danger of landslides, in recent decades it has become a place of tourist attraction, and not only for the legend that determines its fame. Commercial activities, refreshment points, lodgings and museums have given new life to a village that however has an almost unique beauty. Thanks to the work of volunteers and locals, this village turns from a “haunted” place to a living and vital place. Suitable for nature lovers who can walk along beautiful natural paths, but also for lovers of history and culture who can visit popular museums such as the popular tradition.

Famous nationwide for the Pentedattilo Film Festival, this ancient village is a must-visit. Walking through the narrow streets that cross it and which will let you admire the splendid view of the valley, if you are lucky, you can also spot some soul that wanders full of torments between the streets and buildings of the ghost town.