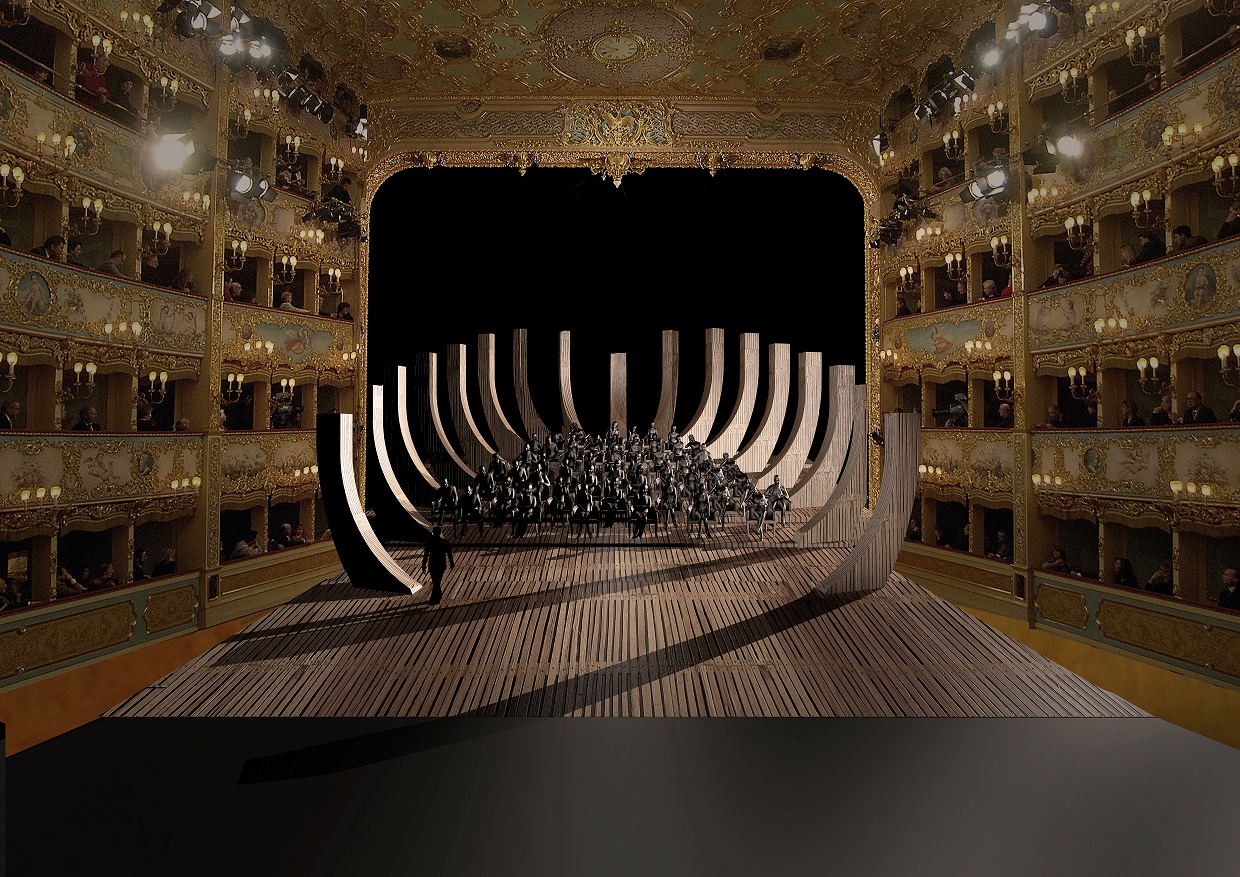 In Venice, La Fenice reopens to the public on July 5th. Interview with the artistic director Ortombina

It is with these labels “La Fenice restarts n. 1, the Phoenix restarts n. 2, … n. 3, … n. 4” on the Youtube channel that the Venetian theater musicians paid homage to their audience and, above all, to their theater closed for almost four months for the Coronavirus emergency. It was the notes of Vivaldi and Albinoni, but also Copland, Gabrieli, Monteverdi, Bach, Mozart, Pachelbel, Tchaikovsky, Barber, Strauss, Schubert, Piazzolla to fill these empty spaces of public but full of emotions. The musicians performed in the audience, invading the physical space where the armchairs for the public are normally placed, now removed. This will be the new structure of the theater with the reopening to the public. Appointment on July 5 at 19. Appointment that has the flavor of a premiere not only because the theater reopens after a long time and after an event that has shocked the world. But also because La Fenice has decided to reinvent new theatrical perspectives by proposing innovative models for enjoying the live musical show.

In other words, an imposed change that instead of a limitation becomes a resource. This is the strength of the “nuova” Fenice conceived by the superintendent and artistic director of the Theater, Fortunato Ortombina, at the time of Covid.

“In difficult moments – he explains – everyone must try to do their best. We have decided to make the horsey move. Do not suffer the limitations but rather interpret them by changing the parameters, the context, the space. Going to discover resources to make a show in every inch of the theater. In normal times the canonical spaces of each theater are three: the audience, the orchestra pit, the stage. Between the stalls and the orchestra pit there is the balustrade, between the orchestra and the stage there is the curtain behind which the show is organized. Spaces conventionally agreed as divided and from whose division tension arises, which is also an ingredient in the show. Despite the limitations imposed by the Coronavirus, we had to maintain this tension by changing the spaces.

“The stage of the Fenice is huge. In Venice, in terms of surface area, there is only the Salone del Gran Consiglio in Palazzo Ducale. So we thought about the construction of the keel of a ship that starts from where the stalls end and the orchestra pit begins. It rests on the edge of the stage and projects upwards for 26 meters up to one meter from the back wall of the theater. Up there at the top, where the bow ends, you will see the keel. In the stalls, however, you will see the section of the backbone of an ark under construction. I want to underline it, not the carcass of a shipwreck found at the bottom of the sea but an ark that is being built. As if we were all Ulysses who are leaving for a new and unknown world”.

And how many will be the Ulysses who, watching the show together with the musicians and all the workers, will be able to leave for this new and unknown world?

“In normal times the capacity of the Fenice is around 1000 seats. Today the realistic hypothesis is that in the theater we will be able to accommodate about 350 people, distributed between the stages (because there will be musicians in the audience) and the upper part of the bow of this hypothetical ark under construction. With another reason for interest. Spectators who sit up there will see a show that those who come to the Fenice never see. Usually the spectator is seated with his eyes turned towards the stage. The forty people seated in the bow, however, will see the Fenice as the tenor sees it when it normally sings. It is a beauty prodigy that cannot be imagined”.

The first appointment on July 5 sees the brass of the orchestra and the artists of the Fenice choir with music by Copland, Monteverdi, Gabrieli and Bach, a non-random choice…

“Indeed. The brasses will serve to make a page of the history of universal art that is the Venetian musical renaissance shine. And then the music of Giovanni Gabrieli, master of the San Marco School in the sixteenth century. Precisely using space, with groups of musicians opposed in the air routes of the Basilica of San Marco, Gabrieli created a musical repertoire on the principle of sound spatialisation. That is, the spread of music in space. Idea that was born between the fifteenth and sixteenth centuries and that today becomes fundamental to be able to continue making music while respecting social distancing. This distance will be between the musicians and there will be with the public. And not thanks to the template but rather to the programs. It will therefore become a resource for making a show, not an inconvenience”.

The July schedule includes an opera, the Brass in Villa by Antonio Vivaldi

“Even in these difficult times, the Fenice does not give up on opera because we are an opera house. Since it was not possible to do a show with a 100-piece orchestra, I looked for a work (which was not on the billboard) with a number of musicians who could play safely in a certain space, leaving room for the singers’ action. That’s why the Ottone in Villa, whose author is a Venetian and is called Vivaldi… Sometimes limitations come out of choices that otherwise would not be made.”

“We sail on sight, we don’t know what will await us in autumn. If there will be not a second wave, I hope to be able to inaugurate the 2021-2022 season in a normal way on November 20th. In the meantime I have to try to make a show anyway and to present to the public original projects that still allow people to enjoy this theater. For now it will be a proximity audience, but the world is still there and follows the Fenice even from afar. In the first streaming evenings we received many positive comments, appreciation phrases from all over the world. Everyone’s origin is impressive. I remember in particular the beautiful message of a Brazilian, with a clearly Italian surname. But this will always remain a parallel activity. It serves to keep a long-distance relationship alive but can never replace live theater.”

In the meantime, La Fenice starts live again from July 5 to 23. With its audience, thanks to a brilliant remodeling of the spaces, worthy of a great international theater. The program is available on the theater page.