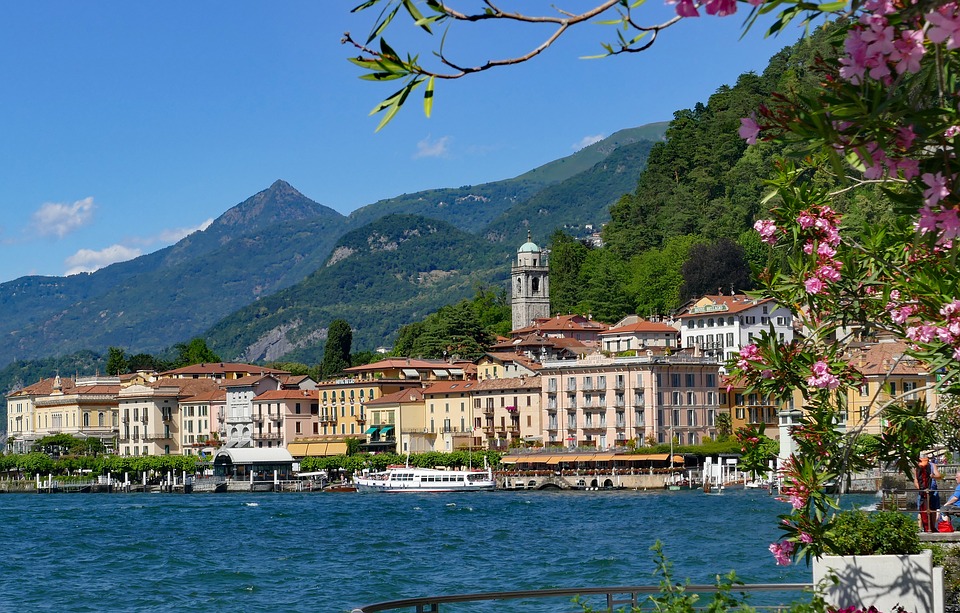 Lake Como: a pearl to be discovered

“That branch of Lake Como, which turns towards noon, between two unbroken chains of mountains”: this is how one of the most famous literary works in the world begins. We are talking about the Promessi Sposi, a novel by Alessandro Manzoni and set – for most of the tale – on the shores of the Lombard lake. But did you know that Lake Como is one of the most famous tourist destinations in Europe?

A jewel of Mother Nature

Let’s start from the beginning, with a brief description of how Lake Como looks like. On the maps it is in fact impossible not to notice, between the Alps and the Po Valley, that curious inverted Y shape. In short, a water basin with three branches: that of Como (to the west), that of Lecco (to the east) and that of Colico (to the north). According to a local saying, the shape also resembles that of a human being: “Lake Como has the shape of a man, one leg in Lecco and the other in Como, the nose in Domaso and the seat in Bellagio”. It is the deepest lake in Italy, as well as the one with the largest perimeter extension. Formed in the Quaternary era due to the melting of the glaciers, it can boast breathtaking landscapes ranging from gentle inlets to glimpses of the majestic Norwegian fjords.

The flora and fauna variety is characterized by some of the rarest species in Italy, and not only. The entire Lariano territory (the section of land between the two branches of the lake) is under the protection of the many parks and nature reserves, with the aim of preserving the plants and animals of the area. Most of this treasure can be discovered in the Museo delle Grigne in Esino Lario, entirely dedicated to the natural history of the place.

The historical and artistic beauties of Lake Como

Not just nature and landscapes though. Lake Como is also (and above all) a historical-artistic pearl. Since ancient times, given its strategic position, its shores have been inhabited by man. With the Romans they began to build villas and palaces, often used as summer residences by the nobles of the time. The cities near the lake (Como and Lecco above all) conceal a thousand-year history and evidence of the many civilizations that have trampled these lands. Among all the Cathedral of Como, considered by many as one of the most fascinating buildings in Northern Italy. Then there are the villages, the long boulevards that line the lake shore and a series of monuments capable of leaving you speechless.

All these beauties have attracted famous people from all over the world. From Goethe to Napoleon, passing through Wiston Churchill and Stendhal: each of them has left a piece of heart here. Charm still alive today, as demonstrated by the love of many international stars (George Clooney, to name one at random). Lake Como was also the set of many famous films such as Star Wars, 007 and Ocean’s Twelve.

But what are the things not to be missed absolutely? It is true, there is so much to see that making a simple list is impossible. Certainly the centers of Como, Lecco and Cernobbio must be included in our itinerary. The beauties that these cities conceal are of a unique value, which we will hardly find elsewhere.

Another obligatory stop is the town of Bellagio, also known as the pearl of the lake (and this should already be enough). Then there is the island of Comacina, as small as it is fascinating. And between one shift and another, we try to include a ride on the Como-Brunate funicular from which it will be possible to see a unique panorama, especially at sunset.