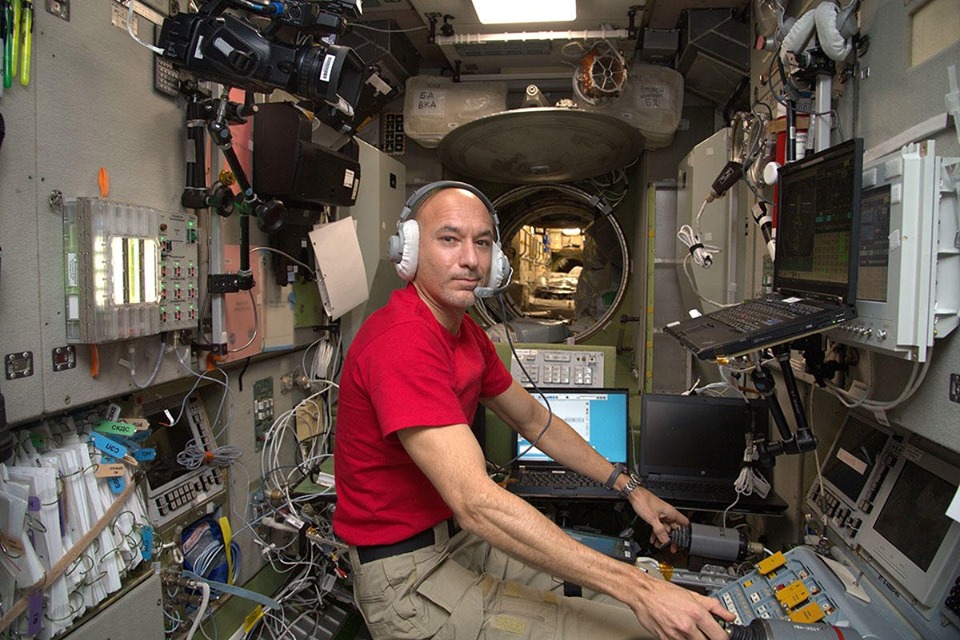 Luca Parmitano: the king of space is Italian

Astronaut Luca Parmitano is the new commander of the International Space Station. Parmitano, belonging to the European Space Agency (ESA) is the first Italian and the third European to assume this role. The handover ceremony with the Russian commander Alexei Ovchinin took place in the orbital station with nine other astronauts on board. “Thanks to Europe and Italy”.

These are the words spoken by Luca Parmitano immediately after the handover. Originally from Paternò (Catania), ‘AstroLuca’, as he is called, turned 43 on September 27th. Together with Paolo Nespoli and Samantha Cristoforetti he is one of the most important Italian astronauts.

Luca Parmitano, the king of space

Not only commander of the International Space Station: Parmitano will also have command of one of the spacewalks he will face in November. “It is the first time that a non-American astronaut is the leader of an extra-vehicular activity,” said the head of ESA’s exploration group, Bernardo Patti.

There are five spacewalks scheduled for October and the same number planned for November. “Of the latter – said Patti – Luca Parmitano will face a very large part of it. This is a great honor for Italy and the credit goes above all to the fact that Luca Parmitano manages to put together in his work a great professionalism and a profound humanity ”.

Luca Parmitano and the spacewalks

The spacewalks have both the objective of replacing the batteries along the pylons that make up the supporting structure of the Space Station, and of changing the cooling system and taking care of the maintenance of the expert Ams (Alpha magnetic spectrometer), the dark matter hunter and antimatter that since 2011 is working outside the Space Station.

Undersecretary of the Presidency of the Council of Ministries, Riccardo Fraccaro, had a telephone conversation with the new commander of the international space station Luca Parmitano. It is the first institutional call of AstroLuca, after assuming the leadership of the ISS. Fraccaro, who has been delegated to space and aerospace policies, wanted to congratulate the astronaut for the important task he received.

“It is the right recognition for the great professionalism and the extraordinary competences that has shown in these years managing to reach goals beyond all expectations” remarked Fraccaro. Also present at the meeting was Admiral Carlo Massagli, secretary of the Interministerial Committee for Space and Aerospace Policies.

“The humility, the competence and the seriousness with which he faced this challenge are, and will be, of teaching for all of us,” Admiral Massagli asserted. “I am grateful for being chosen as commander – said Parmitano – and I am grateful to my country because if I am here I owe it to all those who have participated in my education”.

Parmitano, Fraccaro added, “is a symbol of Italian aerospace excellence, we aim to strengthen this position by investing more and more in the sector. My commitment will be to give aerospace policies a prominent place on the agenda of government in the coming years because they are the driving force for development, innovation and competitiveness of the country. I firmly believe in aerospace research, this will be the great challenge of the near future “.

The connection, which took place while AstroLuca was in orbit, was therefore an opportunity to take stock of the Italian role in the sector. Parmitano thanked the Undersecretary expressing satisfaction at the desire to increase investments in aerospace. “I really appreciate the support and closeness – said Parmitano. Italy has immense potential in the aerospace sector and it is necessary to enhance our specificities by setting ourselves increasingly ambitious goals.

We must also be protagonists of the next missions on the Moon and on Mars”. During the talk, which lasted about twenty minutes, Fraccaro also congratulated the guide of the November spacewalk entrusted to Luca Parmitano, recalling that in the same period the ministerial on aerospace will be held in Seville. “You from space and I from Earth will have the task of waving the Italian flag high!” Exclaimed Fraccaro.

“Luca Parmitano’s assignment makes us really proud”. Lorenzo Fioramonti, Minister of Education, applauded the prestigious assignment received from AstroLuca. “Italy – continued Fioramonti – has historically been a leader in the field of space, both in terms of missions and in terms of aerospace research, and this is one of the central points of the strategy of this new government – highlighted the Minister – which wants to make the space economy the anchor of a profoundly innovative industrial programming “.