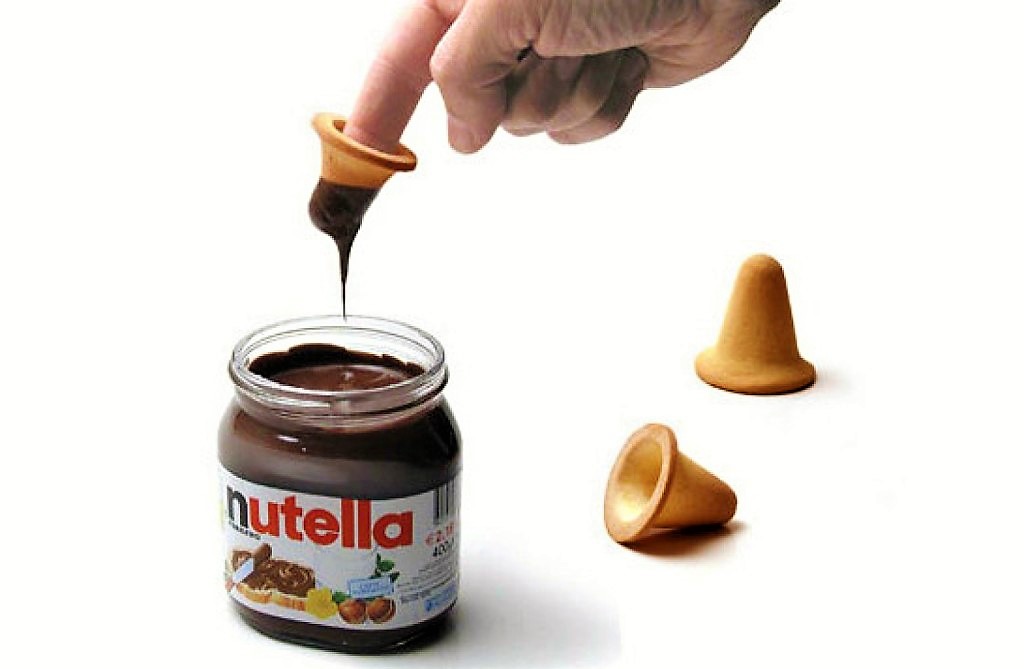 PEARLS OF WINSDOM, THE NEWS

Nutella Finger Biscuits: if you do not bite your fingers, enjoy only half of it

To eat only for the sake of it, to exceed the right amount of dedication to the pleasures of food and drink, in other words: greed. It is a deadly sin that makes the throat more human. But it is not our intention to judge you as sinners, but to invite you to wear this habit of evil. Such as? With one of the novelties able to leave us speechless, but only until we have brought the finger to the height of the lips. We are talking about Nutella finger biscuits.

From Tuscany with fury

Tired of lifting the spoon? Eager to literally bite the tool covered with spreadable cream? Sometimes dreams can become reality, or almost. A designer of Carrara by the name of Paolo Ulian (but for some already known as god) has invented a waffle cover to be immersed in creams and similar. The evil idea came to mind by watching his niece, while with his hand he dug into a jar of Nutella. Given the difficulties of the little girl in recovering all the cream from the jar and – above all – the voracity with which she was biting her fingers, she decided to invent cookies to put on our phalanges. Everything happened in 2004, with the presentation during an exhibition in Bolzano on new cookie concepts (yes, there are also events like that).

But then? About two years later Ferrero, an evil multinational company that aims to conquer the world with its sweets, has bought the patent of Paolo. The purpose? Match them with one of the brand’s symbolic products: Nutella. So here are the Nutella finger biscuits. However, if you have not seen them at the supermarket, it is not a conspiracy to you. Simply Ferrero has “shelved” the project, denying humanity the most brilliant invention after the wheel and the PlayStation. Every so often this news comes back in vogue, hoping to read an official statement from the Italian company: “the famous finger biscuits are now on sale: go and rob shops”.

But why are you talking about it so much these weeks? According to some it would be a move by Ferrero in response to another event that many were waiting for. We are talking about the Pan di Stelle cream, which has been defined as the true rival of Nutella. The media attention has therefore shifted to this new product, forcing the competition to devise something to bring the flock back to the right path. So here is the exhumation of finger biscuits or – and this is real news – the launch of Rossana’s spreadable cream.

Yes, you understood correctly. If you did not get hungry up here, you can hardly resist now. Shortly after the launch of the Pan di Stelle cream, Perugina decided to face the enemy openly. How? Launching on the market the cream of one of the most grandparents’ candy to grandchildren: the Rossana.
In short, in a few months Nutella has seen two new rivals on the market, so it is easy to guess that, probably, all this is just a way to bring attention to itself. However, we do not give up, hoping to one day bite our fingers without ending up in the emergency room.