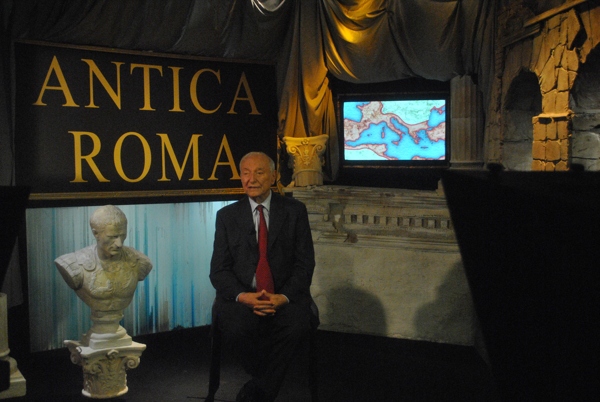 There are ninety-one candles to blow out this December 22nd. An important milestone was reached by Piero Angela, who has been bringing culture in the homes of Italians for years. Comfortably seated on the sofa, the spectator enjoys for free that culture that we would otherwise have to go looking for. His far-sighted idea, which for years has filled the thirst for knowing that brings us intellectual well-being. Wishing him a happy birthday, let’s try to retrace the most salient moments of his life together.

Turin, December, 22 1928. A difficult period to be born, between the two World Wars. Son of Maria Luigia Maglia and the psychiatrist Carlo Angelo. By endangering his life, Piero’s father saved many Jews by hiding them in the mental illness hospital of which he was director. A gesture full of a rare humanity in years when madness raged wickedly. But what king of boy was Piero? In an interview some time ago he said something curious. “Personally, I was fatally bored at school and I was a bad student.” Who would have said that? And it is perhaps precisely from this that the boost to overcome the idea of knowledge as something tedious arises.

«All those involved in teaching should continually remember the ancient Latin motto “ludendo docere”, that is, “teaching while having fun”». Probably Piero had unattractive teachers! Despite this, he obtained a scientific high school diploma and enrolled at the Polytechnic of Turin with the intention of becoming an engineer. Parallel to the canonical studies he attended the conservatory. Perhaps not everyone knows that he is also a skilled pianist, a lover of jazz! Very reserved about his private life, it is known that he has been married for a long time to Margherita Pastore, a very talented dancer. From her she had the support that has accompanied the many years of her career, without a discount of criticism! Their union gave birth to a large family: the children Christine and Alberto and the five male grandchildren.

What made Piero Angela so famous? Passion, preparation and courtesy. Perhaps these are the key qualities that guided his fruitful professional process. It is Piero himself who reiterates it. «People who are successful (and not only with women) are usually strong inside and courteous outside. It’s a bit like the piano. I always remember what my old piano teacher told me: to have a good touch you need steel fingers in velvet gloves… Maybe even in life it is like that». An interesting lesson that we should all take into account. Because, as the father of multiple intelligences, Howard Gardner, said: “a bad person never becomes an excellent professional”. It is necessary to go beyond one’s selfishness, greed and individual ambition. But put yourself at the service of others so that personal skills can be a benefit for all.

How could beauty be built and spread if emotional goodness is lacking? The way to success is always the result of a series of balances. And Piero must have certainly understood it! The elegance and sobriety of his figure go hand in hand with a rich cultural background. Journalist, writer, presenter, author of the most famous programs. We all remember Quark, a transmission capable of explaining the most varied topics in a simple and immediate way. Astronomy, history, psychology, medicine and many others. Spot curiosity on different issues conveyed by a language within the public reach. Perhaps the communication strategy, the know-how the preparation and the intuition. These are the ingredients that made Piero Angela the cultural divulger par excellence. A precious legacy carried on by his son Alberto who continues the path of his father with the same kindness and elegance.