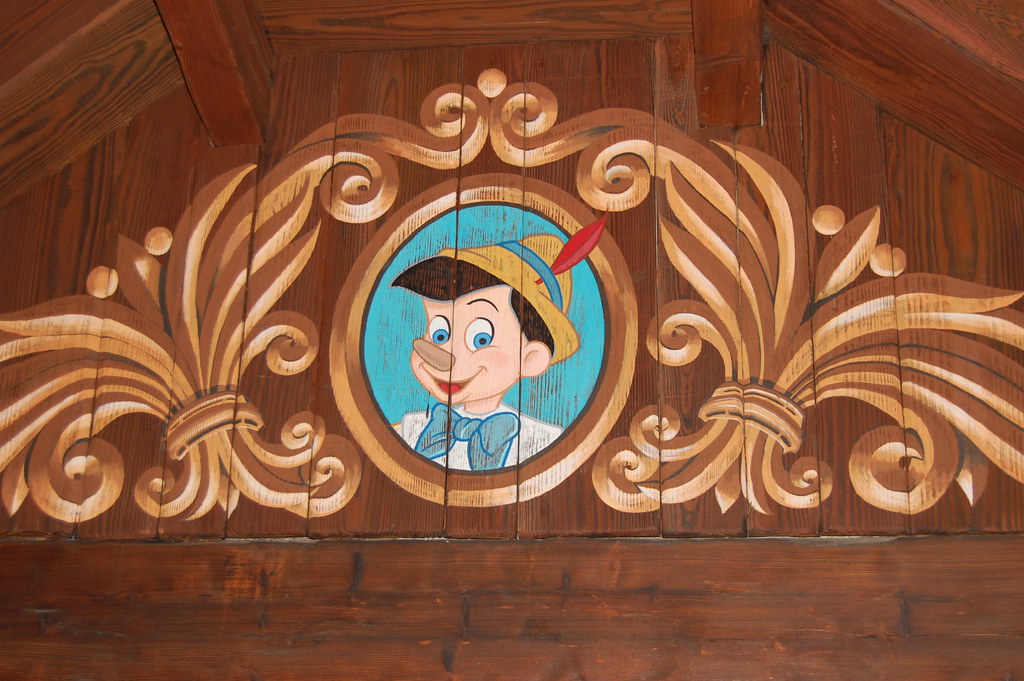 Pinocchio: the most translated work of Italian literature

«Once upon a time… – A king! – my little readers will immediately say. No, guys, you were wrong. Once upon a time there was a piece of wood.» Thus said the beginning of what would become one of the most famous books of Italian literature. It is the story of Pinocchio told by Carlo Collodi, artistic name of Carlo Lorenzini. An exhilarating succession of events in which the protagonist throws himself headlong. But also a plot of characters whose salient features give the narrative the appearance of a story not only for children.

A simple piece of wood that passed from Mastro Ciliegia’s hands to those of Mister Geppetto, one day, takes the form of an animated puppet. Brat and spiteful, for much of the story, Pinocchio does not seem to express gratitude to the carpenter who regards him as a son. Promises but does not maintain. Like when he prefers the Puppet Theater to the school, getting the ticket by selling the spelling book Geppetto had purchased with difficulty. Or when he lets himself be seduced by the Cat and the Fox, failing in his commitment to bring to the “carpenter father” the five sequins Fire-Eater gave him. Furthermore, readers can meet one of the key characters since the first pages.

The talking cricket that, when alive, has just enough time to reproach Pinocchio once. Instinctively, in fact, the puppet, annoyed by his words of admonition, threw him against a hammer. Gesture that is not enough to silence the “consciousness that is within each of us” and so the cricket’s spectrum will continue to appear to him throughout history. Cheated by the Cat and the Fox, later disguised as brigands, Pinocchio tries to escape by hiding the gold coins in his mouth. But as soon as he knocks at the Blue-haired Fairy’s house, he is immediately grabbed and hanged from an oak branch. Here ended the first draft of the work that Collodi had published in episodes in 1881 on the Giornale per bambini. And then? What happened?

The continuation of Pinocchio

It seems that Collodi did not believe too much in his work considering him a “childishness “! A truly surprising beginning if we think of the response that this production aroused. And it was the popular interest, together with the requests of the newspaper editor, Ferdinando Martini, to stir the author. The story then continued but changed its title. From “The story of a puppet” to “The adventures of Pinocchio”. Then a way was needed to free the protagonist from the branch on which he had been hanging at the end of the “first series”. And so the character of the Blue-haired Fairy, previously mentioned, emerged. Saved once again, Pinocchio does not seem to have changed. Again Collodi chooses to emphasize the aspect that most characterizes him. A tireless ungrateful liar.

Robbed and unjustly convicted, Geppetto is desperate not knowing where to look for him anymore. He leaves like this for America but ends up swallowed by the Terrible Dogfish. Between a journey and the other Pinocchio, free from prison, is helped several times by the Blue-haired Fairy. More mature, he promises to behave well, to study and attend school. In return, the Fairy will turn it into a real child someday. Yet again the puppet “falls into error”. In the Toyland Pinocchio is transformed into a donkey with his friend Candlewick. Once again it is the Fairy who frees him from trouble. And Geppetto? Pinocchio ventures into the sea to find him. Entering the belly of the Terrible Dogfish, the puppet brings his father to safety. A few more things follow, but in the end Pinocchio finally manages to become a boy in the flesh.

Pinocchio is the protagonist of the entire work. Other characters play, together with him, a fundamental role in the narration. Without them some salient features of the same puppet would not have arisen and the story would have a smaller number of meanings. First of all Geppetto. Simple and irascible but at the same time good-natured. Forgive all the misdeeds of Pinocchio to which he is inextricably linked following a life spent as a single man. In the story some descriptive details, such as the fire drawn on the wall to symbolize a fireplace, underline the poverty of Geppetto. An aspect that gives even more value to the actions that the carpenter does for Pinocchio. Then there is the Talking Cricket. The conscience that speaks within each of us and that although sometimes we would like to silence continues to manifest itself.

The Cat and the Fox follow. Clever scammers but only with the naive inclined to be fooled. They represent temptation, the easiest way to wealth. They are petty because they implement their plans with the weakest. Three are wrong, however. Even Pinocchio cannot be excused. The Cat and the Fox symbolize one of the most vulgar and cowardly aspects of reality that exists, therefore it is good to know how to face them. Finally the sweet Blue-haired Fairy. Acts like a mother. At some point she acquires the appearance of an ordinary woman. It’s not just a character who uses magic to get Pinocchio out of trouble but has educational value. Her words are meant to make the puppet reflect, as when she uses the metaphor of short-legged lies and long-nosed ones.

“The Adventures of Pinocchio”, translated into 240 languages, is today the second most translated work in world literature and the first among the Italian ones. It is perhaps surprising to think that Harry Potter occupies the eleventh place, but at the same time this figure, which emerged from a 2015 survey, further reinforces the value of a timeless story.