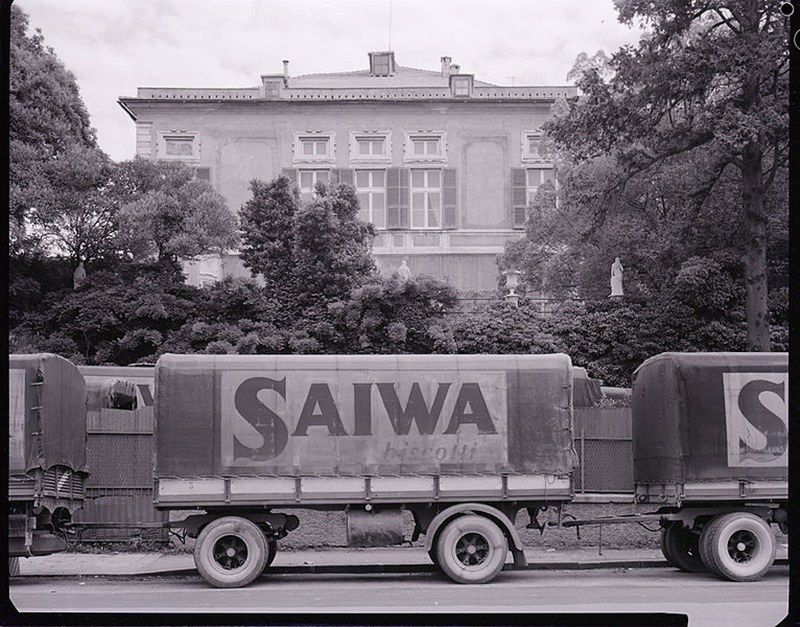 Saiwa, the biscuit to soak in milk for excellence!

Saiwa Italian breakthrough, this is the news and in a period of economic uncertainty, courage must be rewarded and encouraged! The Saiwa confectionery company comes from afar, with a particular name, created by none other than Gabriele D’Annunzio. The “Vate”, which was rather greedy for the company’s biscuits, proposed not only to simplify the name, using only the company’s initials, coining the acronym Saiwa; but he also contributed to some advertising campaigns for the brand.

The dedication of D’Annunzio is proudly displayed at the entrance of the factory: “Your biscuits exceed the finest in England in finesse and goodness”. We are talking about a company founded in 1922, when a modest Genoese confectionery, the “Società Accomandita Industria Wafer e Affini” Company, began the adventure that made it become one of the first European confectionery production companies.

Saiwa carried out Italian, maintaining tradition and quality of the grain

With such a glorious history, this brand could not but dare, in fact, Classic Gold Saiwa will use only Italian wheat, coming from the provinces of Alessandria, Asti, Pavia, Turin and Cuneo. The company wants to prefer the area, buying grain within a radius of 75 km from the Capriata d’Orba plant, where the famous biscuits are born.

The impact on the territory will be significant. It is an important choice, however, claimed and fully defended by the company, to respond to the demands of a market that demands quality. The market demands and wants raw materials of great peculiarity, and Saiwa responds by establishing a cohesive relationship with farmers, cooperatives and local millers. The supply chain involved covers one hundred and seventy three farms, twelve cooperatives, two mills; with at least 2,940 hectares of land involved, for a production of 14,400 tons of wheat. The Saiwa projected and inserted in the territory, believes a lot in the social and above all economic impact that the choices will have.

Three hundred and seventy employees proud to be there

In times of crisis, we can say that the Saiwa, with three hundred and seventy employees, is a thriving company. Inside the plant one works at full capacity, without ever turning off the ovens, excluding holidays and weekends. The biscuits dear to D’Annunzio are kneaded and packaged by hand, and control the entire production.

In Saiwa carried out Italian or not, waste is not made, in fact, the frame of pasta of the cut of the biscuits is put back into the dough. On the other hand, failed packages become animal feed. Also the production water recycling plant does not foresee waste. In short, the biscuit is like home-made, even if the house is about forty thousand square meters large. In this house, ten tons of flour enter and are processed every day, for one hundred and twenty types of product and that for a third end up abroad; all regulated by very strict rules of safety and cleanliness.

Saiwa carried out Italian, and supported important causes such as the Dynamo Camp

The mixture takes place on the second floor, then there is the flattening, cutting, different stages of cooking and leavening; selection and packaging in the warm, because since 1956 the “mantra” is to pack hot cookies; all this of course to keep the fragrance high. Visitors can see stacks of eight biscuits, rows of six for two packs per pack, counting as many as ninety-six biscuits. Of course the company has its secrets in the basic recipe, and rightly so.

After all, the known ingredients are: wheat flour, sunflower oil, sugar, raising agents, starch, salt and flavorings. The result is the biscuit with the Greek characteristic that is used to favor the hot brewing! But it is not all, in fact, the Saiwa, an Italian turning point and also in solidarity, supports important causes; the Italian Multiple Sclerosis Association, the Onlus Food Bank, the Gaslini Hospital in Genoa and at Dynamo Camp.

Saiwa supports the economy of Genoa

Oro Saiwa, in concert with the employees of the Mondelez group in Italy, recently supported the Consortium of traders in the Certosa district of Genoa. The project raised funds for the neighborhood affected by the collapse of the Ponte Morandi.

Therefore, the galletta praised by D’Annunzio, for more than sixty years has been entering the homes of Italians, and with its twenty-three calories, plans to stay there. The biscuit to soak in milk for excellence, survives in the collective imagination of many Italian generations. Next to five-grain biscuits, those with chocolate chips, gluten-free, the biscuit is timeless.