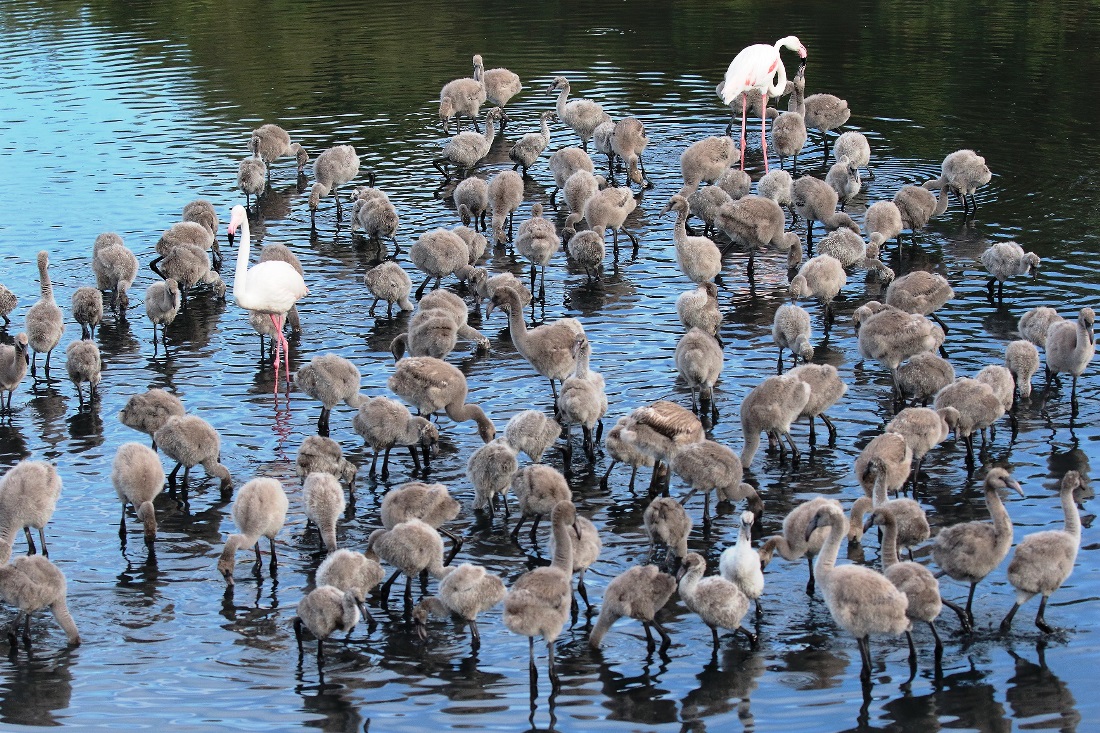 Saline di Priolo reserve chosen as a nest by flamingos

A few steps from one of the largest industrial centers in Italy stands a place where nature has remained unspoiled. Ideal habitat for thousands of birds who choose this place to nest and spend a good part of the year there. In Sicily near the triangle of Priolo, Augusta and Melilli, in the province of Syracuse, there is the reserve “Saline di Priolo”, established by the Sicilian Region in 2000 and managed by Lipu. More than eight hundred pairs of flamingos have chosen this beautiful and lonely place to nest this year. This place is considered the only nesting site in Sicily for this species. Let’s find out more about the reserve and this fascinating phenomenon. And that above all you can visit if you want.

Saline di Priolo reserve in a site full of industries

It certainly makes no small impression to think that the Saline di Priolo reserve is located in an area of eastern Sicily well known for its industrial center. Here, in fact, the local economy has grown over the years thanks to the companies that have chosen this triangle for oil refining. And in fact, before the industrial pole was built, the saline and the coastal dune habitat were extended for several kilometers. Places so beautiful as to be praised by Virgil, Ovid, Thucydides. Today the reserve is located in a large wetland. In the area surveyed 216 bird species, about 40% of all those observed to date in Italy. Saline di Priolo reserve was established precisely for the protection and maintenance of the area’s wildlife wealth. A paradise of biodiversity, therefore, to be protected.

What happened this year is unbelievable. As site managers have explained, 2020 has been a record season. In fact, compared to 2019, the number of couples at the Saline di Priolo this year has doubled, from 453 in 2019 to 809 this year. To encourage this phenomenon, was undoubtedly the tranquility and silence of the lockdown period caused by the health emergency. “Once again – explained Fabio Cilea, director of the Saline di Priolo Nature Reserve – nature has recognized the important work done by Lipu in Saline di Priolo. By showing that what it needs is the right tranquility and so, when this occurs, it repays us with truly exceptional events”. Forty-seven couples nested in the artificial islands, most of them built their nests on natural banks. On April 17 the first hatched eggs were observed, on May 9 the first chicks.

In 2019 the reserve was hit by a devastating fire

The nesting of flamingos restores hope to a site hit last year by a serious fire. Saline di Priolo reserve was reborn thanks to the resources invested by some of the companies in the industrial center and with the collaboration of the Administration of the Municipality of Priolo.

What species of birds can be admired in the reserve

Among the many activities that the Lipu managing body promotes there is undoubtedly that of birdwatching, the possibility of being able to see the species of birds in the area with special initiatives and above all respecting their habitat. There are also numerous workshops and educational activities promoted, such as guided excursions, environmental education initiatives for schools, surveillance, research, censuses and monitoring of the fauna and flora of the reserve. There are also educational information boards and a naturalistic library. Among the species that have chosen the reserve there are the Tern, anatids such as the ferruginous duck, the Shelduck and the Shoveler. And then flocks of several thousand waders, hundreds of ardeidae, thousands of stilts, and many other species.