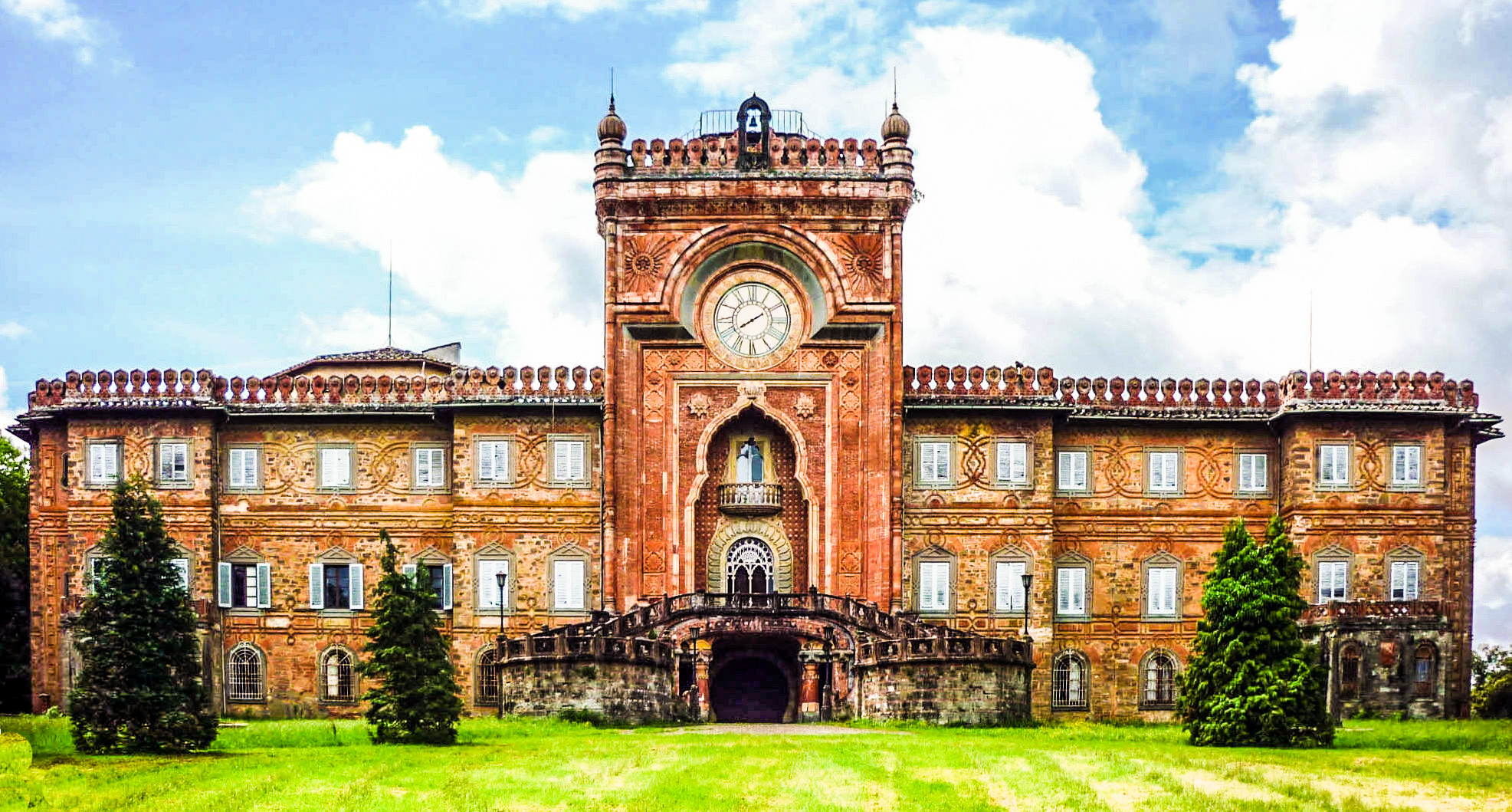 In our beautiful peninsula there are jewels of inestimable value, without however having the attention they deserve. Real wonders abandoned to themselves, with a unique story, but a present and an uncertain future. This is the case of Sammezzano Castle, one of the most beautiful monuments not only in Tuscany, but throughout the Belpaese, which however risks disappearing.

From farm to monument: history of the Sammezzano Castle

Florence is undoubtedly one of the most beautiful cities in Italy. Its streets are a journey through art, culture and magnificence, with some of the most fascinating works of all time. Ponte Vecchio, Santa Maria della Croce, the Uffizi: the list is long and varied, making the Tuscan capital one of the cities with the highest concentration of monuments in the world. But his jewels also extend beyond his walls. About 30 km from the capital of the Renaissance, in the small hamlet of Leccio, there is one of the most beautiful castles in Italy. We are talking about Sammezzano Castle and its park of secular redwoods.

Its history begins at the dawn of the 17th century when the Altoviti, one of the oldest Florentine noble families, built a farm among the Tuscan Apennines. A complex far from what we can admire today, due to the renovations that have invested the estate over the centuries. Various families, in fact, followed one another in the management of the farm and surrounding lands: Altoviti, the Medici and finally the Ximenes of Aragon, another noble Tuscan dynasty with obvious Spanish origins. And it was Ferdinando Panciatichi Ximenes of Aragon who transformed the farm into the jewel we can admire today. Between 1853 and 1889 the Marquis had Sammezzano Castle and the park built, exclusively involving artists and Florentine labor. The result was one of the most fascinating works ever made at the time.

Sammezzano Castle is a vivid example of Orientalism in Italy. At the dawn of the nineteenth century, in fact, a new cultural current invades Europe, with Florence among the main centers. As the name suggests, this movement wanted to revive Oriental art and style in the Old Continent, starting from the Middle East to Japan. The castle was enriched with over 70 rooms uniquely decorated by the best artists of the period. The most famous of these is undoubtedly the colorful Sala dei Pavoni.

To create it, we were inspired by the artistic and architectural current of the Mughal, which takes inspiration from Indian and Persian culture. The name Sala del Pavone is a clear reference to the animal symbol of India, as well as to the style with which the room is adorned. The decorations are indeed fan-shaped, starting from the floor to the ceiling. All enriched with an incredible chromatic variety. Here, according to the BBC, there is one of the ten best ceilings in the world.

Unfortunately, Sammezzano Castle does not see its best days in the present. During the war it was the object of numerous lootings. After the conflict, it was transformed into a luxury hotel until the 1990s, when the complex was bought by an Italian-English company. The goal was to make it a luxurious resort, but due to the company’s financial problems, nothing was achieved. Since 2015, the structure has been auctioned, but no offers have been received to date.

Last year Sammezzano Castle was included in the list of the 12 most endangered monuments of Europe. The hope is to stimulate institutions in its preservation. Fortunately, however, FAI and other association volunteers are trying to protect and raise awareness among the general public, organizing guided tours and events within its walls. All while waiting for better times, who know how to restore the right luster to this all-Italian wonder.