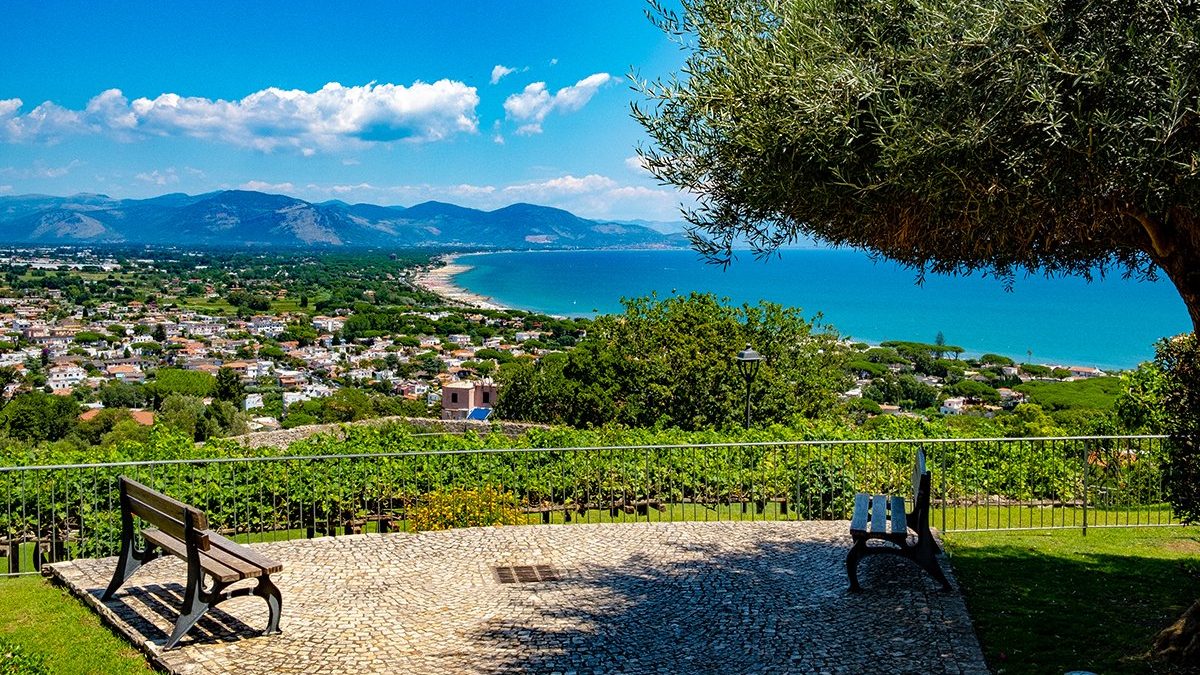 In the long and exciting journey to discover the Italic wonders, we often come across unknown and excluded places from the many tourist circuits. Magical places, where time seems to have stopped but that deserve to be told. Among these we can place, without any doubt, the charming San Felice Circeo, a lovely maritime village in the lower Lazio region. Let’s discover its history and beauty!

A tale waiting to be told

Like most Italian cities and towns, the story of San Felice Circeo begins from afar. Well before the Romans, the Greeks and the Etruscans. In fact, it began about fifty thousand years ago, with a small settlement inhabited by Neanderthals man. Here, among the Lazio promontories, there are numerous caves where our ancestors found refuge. This was a very important discovery, which took place in 1936 thanks to the work of Alberto Carlo Blanc who allowed us to reconstruct the local history.
Starting from the third millennium BC several prolatine civilizations began to colonize central Italy, including San Felice Circeo. Small villages dedicated to agriculture and pastoralism. This until the arrival of the Sabines, the Etruscans, the Volsci, but above all the Romans. The latter made San Felice a charming luxury residential resort, with hundreds of villas that literally overlooked the sea.

In the Middle Ages the barbarian invasions did not allow the development of the small village. Contended for centuries, in 1501 it was razed to the ground by Frederick I of Aragon. It was not until the seventeenth century that reconstruction began. Churches, palaces and convents were built, some of which can still be visited today. Works that continued even in the eighteenth century, many commissioned by the Vatican. In the nineteenth century, what is perhaps the most important figure of San Felice makes its appearance: Stanislao Poniatowsky. The prince ruled for about 14 years, greatly improving the conditions of the inhabitants with numerous works such as roads, vineyards and villas.

What to see in San Felice Circeo

After the story we move on to its monuments, to the many jewels to be admired. Despite its small size, in fact, its alleys conceal numerous and pleasant surprises. The first stop on our journey is the historic center, which looks like the classic Mediterranean villages: white houses, narrow streets that climb along the promontory and sudden views. The parish church of San Felice Martire is the most important place of worship. It houses the relics of the homonymous saint, as well as the patron saint of the city. In Vittorio Veneto Square there is also the beautiful medieval tower and the remains dating back to the occupation of the Templars. Another church not to be missed is that of the Immaculate Conception, built in 1954 and surmounted by the Statue of the Immaculate Virgin. It is the symbol of the devotion of the locals to the Virgin.

Just outside the village it is possible to admire the remains of the cyclopean walls. In the San Rocco area, instead, a stop at Marco Emilio Lepido’s Villa is inevitable. This was the home of Prince Stanislaus Poniatowsky. The landscape here will leave even the most demanding tourist breathless. Along the coast we can then enjoy the various towers built between the fifteenth and sixteenth centuries. For trekking lovers we suggest the Circeo National Park and the local caves, some of which can be visited only with special permits. Here there are in fact the archaeological excavations that brought to light the Neanderthal remains. Last, but not least, is the submerged statue of the Christ of the Circeo, a marine emblem of the village and a favorite stop for all lovers of diving trips.