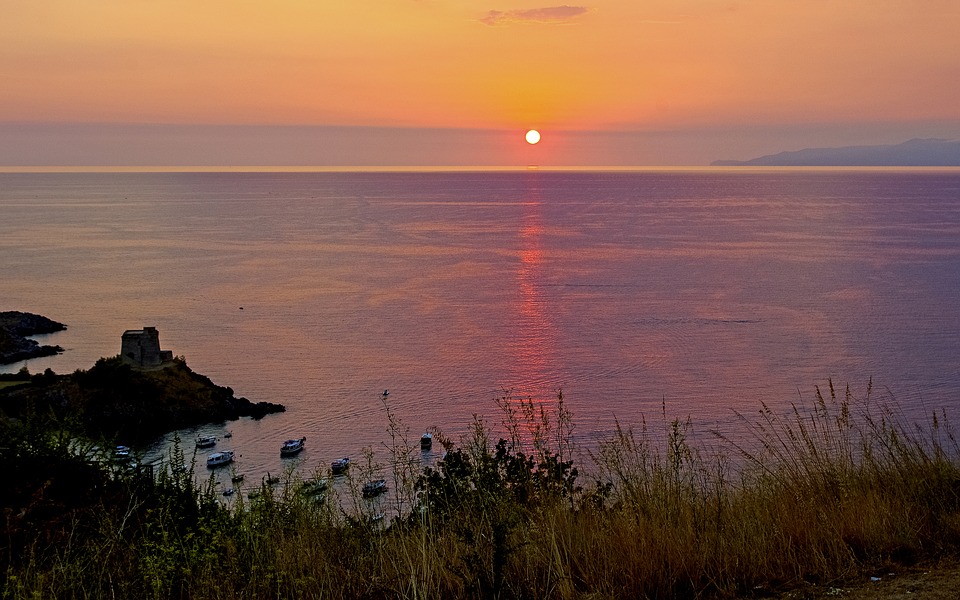 San Nicola Arcella: “the tip isolated from a rock hook”

Overlooking an overhanging she stares at the bay below. Around her the sea and the rocks are the protagonists of breathtaking views. A place to meditate on the beauty of nature where silence contrasts with the rumor of tourists. Visitors ready to animate sandy beaches that here and there cut out spaces on the rugged coast. And then the historic center with its palaces and mansions to tell the story of a country with ancient origins. San Nicola Arcella: in Calabria there is “the tip isolated by a rock hook” that made the American writer Francis Marion Crawford fall in love.

Names sometimes tell us a lot: they talk, they tell, they reveal the background. So it is also for San Nicola Arcella. Originally part of the Roman Empire, the origins of today’s town are linked to Lavinium. An ancient village on the Lao river that was the object of barbarian incursions during the 5th century. The climate of chaos and war, together with the poor hygienic conditions of the Lao plain, infested with malaria, led the inhabitants of Lavinium to leave the area.

Where to go then? Someimes, and above all it was in the past, nature “helps us”. A promontory, the Scalea, is seen nearby, ready to reach out to the many fugitives. The rise was undoubtedly a guarantee for one’s own safety. Protected on the top of the plateau but also far from the marshy land so hospitable to the fearsome mosquito. Thus San Nicola Arcella was born, initially a fraction of Scalea, then an autonomous municipality but only in the “near” 1912. It is curious to remember that from the Latin word “arx”, meaning fortress, derives the toponym “Arcella”. That “fortress of salvation” where the survivors of Lavinium found a new home. But the story does not end here.

The towers: protagonists of a thousand-year history

The long vicissitudes of this town are today told on the external walls of the houses that characterize the historic center. In fact murales appear on the same to document, through a narration by images, the vicissitudes of the place. Starting from the most distant anecdotes, those of the first colonizers of these lands: the Greeks. Fearless navigators who saw points of interest in the beautiful towns of our Southern Italy. The coasts and the sea would in fact have been an important resource for the management of commercial traffic. And so a thousand-year history of what we now call San Nicola Arcella takes shape. Initially a colony of Magna Graecia, then Roman conquest then Byzantine. A place that was tempting to many.

This is why the ancient defense stations are still present today, reminiscent of pirates, Saracens and attacks by sea. And so the hills are the protagonists. Choices as a place of shelter in the farthest past as well as in “modern times”. Here you will find the well-known Torre Saracena. Built by the Spaniards who in the ‘500 had established their own vice kingdom in this land. Imposing, resistant as the stone of which it is made and expertly strategic. At the top of the same a terrace used to communicate with the surrounding towers. Hinting at a potential incursion, large bonfires lit on the upper shelves passed the message to the nearby fortress as in a “wireless telephone”.

And who knows what an extraordinary and formidable scenario the fires, the towers and the ships used to attack. Perhaps imagining these events led the American writer Francis Marion Crawford to dwell in the early 1900s in the Rocca Saracena. These are the words with which the Crawford once described the fortress: “The tower stands alone on this portion of a hooked rock and there is no house that can be seen within three miles … when the dress takes me to two sailors, one of whom is a decent cook, and when I am away, I leave him in custody of a small creature with features similar to those of a gnome who used to be a miner who became attached to me a long time ago .. “

Currently the town is mainly linked to tourism. An awakening that could lead San Nicola to become a destination of interest was certainly in the 1990s. In that period in fact important interventions were applied in the historical center. Restorations aimed at highlighting the facades of late nineteenth-century buildings but also the “cycle of murals” aimed at narrating the history of the town. A successful job. In fact, in the summer evenings the squares come alive with a multitude of visitors who, looking up, can admire the splendid little church set in a narrow balcony in the heart of the country. But San Nicola Arcella is not just history.

In fact, its beaches are dominated by the sighting towers and majestic rocks that play with the sea, drawing natural masterpieces. This is the case for the Arco Magno, a rocky opening into which sea water creeps in to create a small but enchanting sandy bay. And then the Gulf of Policastro and the Riviera dei Cedri. San Nicola Arcella takes a fascinating look at the sea thanks to the 110 meters of the plateau on which it stands, thanks to that arm of rock that opens up under the water outlining the contours of a delightful natural harbor. It is impossible then not to understand why the writer Crawford fell in love making the streets of the village the scenario protagonist of his stories. A place to breathe, slow down the pace, find inspiration and make room for imagination.