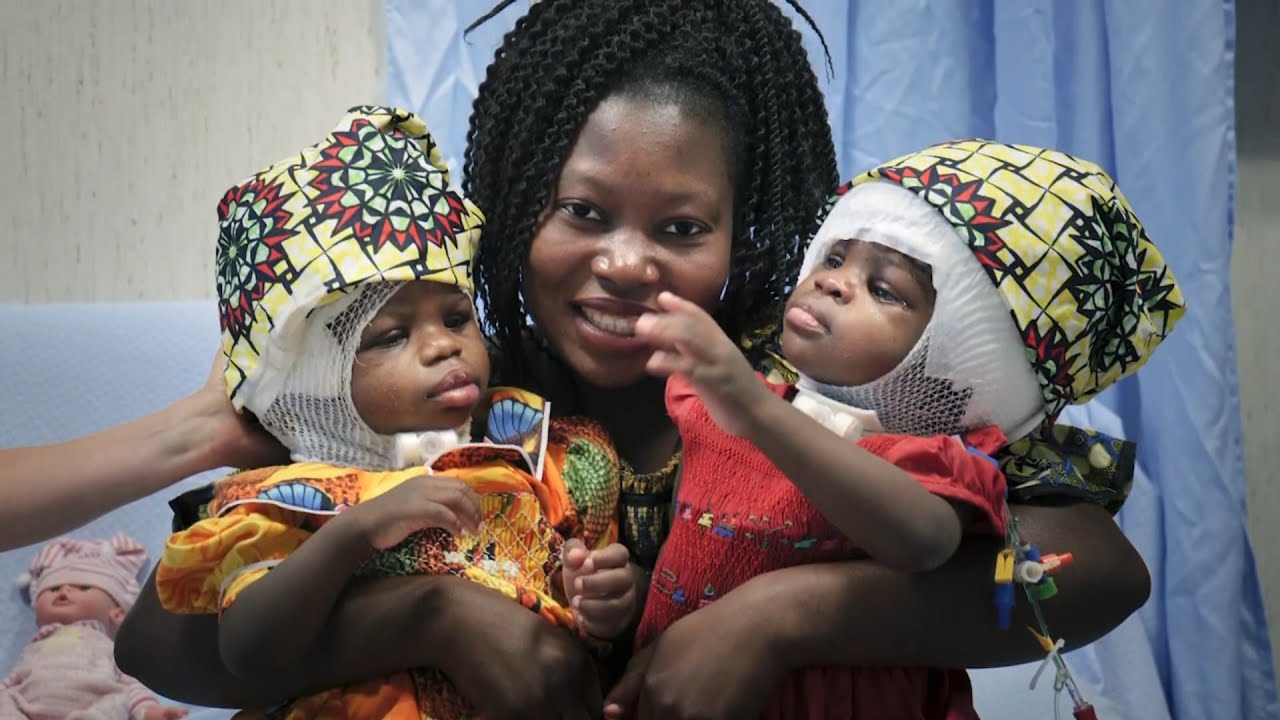 Ervina and Prefina are the two Siamese twins who were separated during a long surgery at the Bambino Gesù children’s hospital in Rome. The two sisters, of Central African origin, were fused at the nape of the neck, with the skull and most of the common venous system. The surgery carried out by the health workers of the Capitoline hospital was very successful and is probably the only one of its kind in the world. Twins babies were subjected to the 18-hour operation on June 5 and today, a month after the surgery, the doctors confirm that the sisters are fine.

The babies turned 2 on June 29 in the neurosurgery department of Bambin Gesù where they are hospitalized, assisted by their mother and hospital health workers. Their clinical history begins in 2018 when the president of the Roman hospital, Mariella Enoc, on a mission to Bangui in Central Africa, met the two little sisters fused at rhe head. Enoc decided to bring them to Italy thinking about the surgery and therefore the opportunity to give them a normal life.

The preparation of the surgery

Ervina and Prefina are totally fused at cranial and cerebral level. Although they have many things in common, they have different personalities and a system of mirrors is used to make them known and recognized. To separate them, a multidisciplinary team is created that studies and plans every detail with the most advanced tools, reconstructing the skull of the girls in 3D. The most difficult part to intervene on is the network of cerebral blood vessels due to the high risk of bleeding and ischemia. Just to minimize the risks, it is decided to proceed in three phases, to rebuild two independent venous systems, capable of containing the load of blood that goes from the brain to the heart.

The first surgery was performed in May 2019, the second in June 2019 and the third in June 2020 with the definitive separation successful. A team of over 30 people including doctors, surgeons and nurses performed the surgery. Today the risk of infection is still there, but post-operative checks indicate that the brain is intact and the re-created system works. The twins now have the opportunity to grow regularly and have a normal life.

The desire of the mother of the twins

Ermine, the mother of the two twins, has a great desire: that her two girls be baptized by Pope Francis. Also, Ervina and Prefina’s mother really hopes her little girls will one day study and become doctors to save other lives. “I never went to school – says Ermine – but now I hope that my daughters can do all the things that other children of their age do.

I hope that when they grow up they can study to become doctors and help many other people. ” Ermine thanked the president of the hospital Mariella Enoc and Carlo Marras, the doctor in charge of the neurosurgery unit. “Without their help – he underlines – I don’t know what I would have done. They made my daughters resurrect, as was done with Jesus ”.