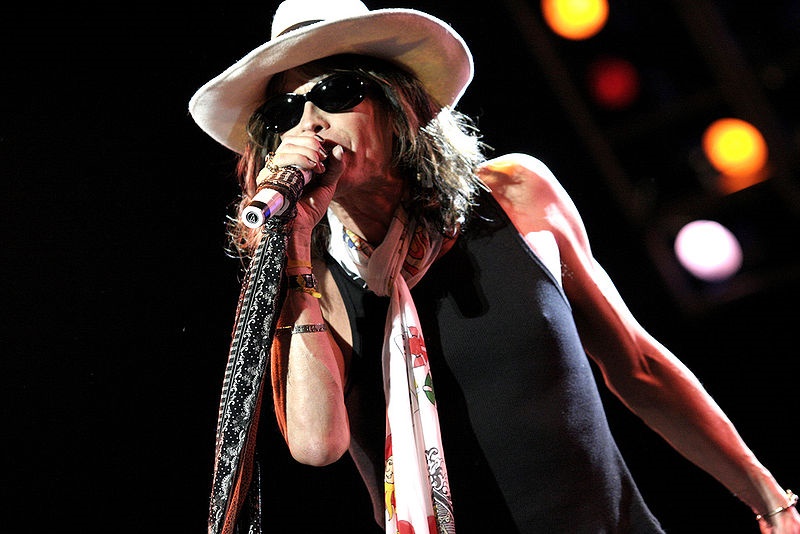 Steven Tyler Italian origins, the registry office Steven Victor Tallarico, leader and frontman of the band of Aerosmith, is one of the greatest performers of rock world.

Classified by Rolling Stone as one of the 100 best singers ever; from International Music Awards also referred to as the most impressive musical icon of all time, not bad!

Steven’s grandfather, the musician Giovanni Tallarico, emigrated to the U.S.A. from Cotronei, province of Crotone, in Calabria. Music within the family had a primary interest: for Steven the son of a musician and a music teacher mom it was natural to be interested. As a child he played under his father’s plan, listening to him in his exercises, and spent his holidays at Lake Sunapee in New Hampshire.

There the Tallarico family had a musical refreshment called Trow Rico Lodge. Steven began his career at Trow Rico Lodge, performing in musicals and entertaining guests. He already loved singing and dancing. At fourteen, he played drums so he could play with his father’s band: the Vic Tallarico Orchestra. His first real engagement is obtained with The Strangers, and at the same time he plays with a local band, the Dantes.

Aerosmith, a career without limits

The Strangers become an important band in the area, opening the Byrds show at the Westchester Country Center; the Yardbirds at the Staples Hight School in Westport, Connecticut. The band is asked to participate in the Cleveland boys’ dance show where they have the chance to record four tracks; “The Sun”, “When I Needed You”, “You Should Have Been Here Yesterday” and “Ever Loving Man”. After two years, however, the band melts.

Experience gained in 1970, and Steven created a new band named William Proud, with Don Solomon, his historic friend Ray Tabano and Twitty Farren. It will be in Boston, however, that the legend of the Aerosmiths will start flying, a band that has gone through a thousand hits, entering the history of rock. Among the most legendary hits we remember the soundtrack of Armageddon, a film in which Steven’s daughter was the protagonist.

Liv, the daughter of Steven, also appeared in the historic video of Aerosmith “Crazy“, along with Ben Affleck, and in that of I Do not Wanna Miss a Thing; main track of the soundtrack of Armageddon precisely. How to forget the trilogy of The Lord of the Rings then. So much road was made by Cotronei, of which Tyler became an honorary citizen in 2010.

In July 2013, in fact, he visited the land of his ancestors for the first time. Steven met his relatives on the paternal side and on the same trip he went to visit the Sassi of Matera, remaining particularly impressed. Born in New York, in the Bronx district, Steven Tyler has shown that he has not forgotten his Italian origins. The surprise made to the Cotrone cousins ​​remained emblematic! So much time has passed from the themes of his grandfather Giovanni Tallarico, a famous singer in the village!

Precisely for this reason he had decided to move to America to seek his fortune. Steven had all this baggage inside himself; when he showed up unexpectedly in the town of Calabria in search of its origins. It was then that he had wanted to meet his cousin, a close relative, and had close relations with his relatives. The declarations of love towards Calabria since then have been so many by Steven Tyler; launching public proclamations for the land from which his family comes: “Calabria is beautiful, deep, full of generous people, available. Not to mention the local cuisine.

I understood that the countrymen of my grandfather Giovanni and my father Vittorio are extraordinary people. I hope to come back soon, maybe for a big concert “. Maybe sooner or later the Aerosmith, will actually hold a concert in Calabria and perhaps just in Cotronei!

Steven Tyler Italian origins in blood and music, loved to visit Italy, Calabria; see relatives, because the origins can not be forgotten. Never say never; maybe there will be a big rock concert, or maybe he will come back as a tourist and to see his relatives again.