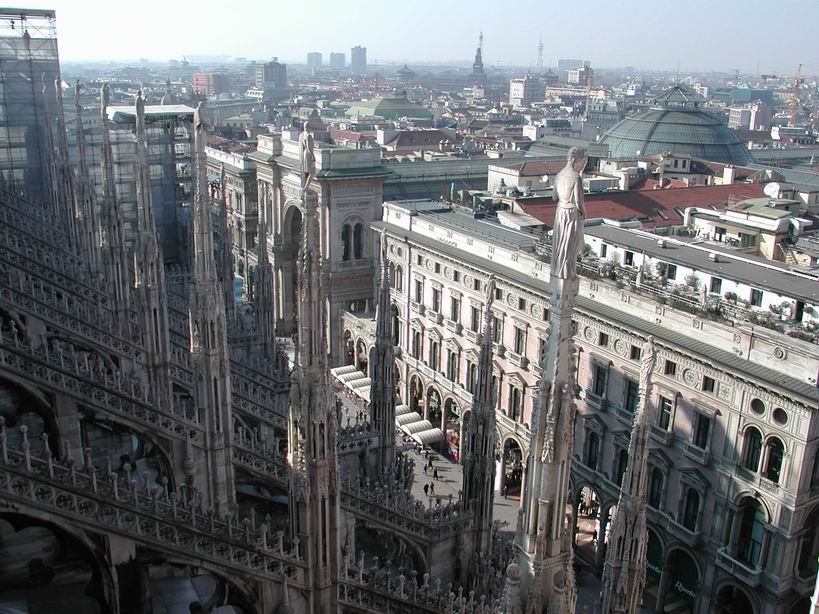 2019 has just begun, but it already has its city of the year and is an Italian city. Milan has in fact been awarded the Design Award in the Best City category, an award given by Wallpaper *. The Ambrosian city happens in this special “roll of honor” in Beirut, Lisbon and Mexico City, just to mention the last winners. But above all it has managed to prevail over fierce competition. In fact, there were Helsinki, Vancouver, Shanghai and Sharjah (United Arab Emirates), but for Wallpaper * there was no race: the best city of the year is Milan.

Birth and success of a magazine

To understand the real importance of this coronation, however, it is necessary to know who has decreed it, or Wallpaper *. If we want to make a question of authority, the London magazine has nothing to envy to competitors.
Founded in 1996 by a strange duo of journalists, the Canadian Jayson Tyler Brûlé and the Viennese Alexander Geringer, Wallpaper * has quickly become a point of reference for many architects, designers and lifestylists. The interest created around the magazine was immediately very high. Not surprisingly, just a year after his birth, Brûlé sold his creature to Time Inc., an editorial detachment of the giant Time Warner. The offer was really those that can not be refused: one million and six hundred thousand dollars.
Over the years, the London magazine has consolidated its reputation to such an extent that it is not affected by the publishing crisis. However, this crisis has hit Time Inc. and brought Wallpaper * to the current TI Media publisher. The uncertainty caused by the financial operations that involved it, however, has not destabilized Wallpaper *, which has continued to renew over the years. Two examples above all: the series of Tourist guides Wallpaper * City Guides and of course the Design Awards.

Milan and its new exciting renaissance

Among the various categories in which the Design Awards are divided, the one that assigns the award as “best city of the year” remains one of the most sought after. This year the jury of Wallpaper * had little doubt about who deserved to check it out. In fact, in their analysis, the capital is experiencing “a new and exciting renaissance”.

Milan for decades now is considered the most international of Italian cities. It is one of the capitals of fashion and the cradle of some of the greatest designers, including Miuccia Prada and Giorgio Armani. Milanese architecture is constantly evolving. Just think of the recent constructions such as the Generali Tower designed by Zaha Hadid, the Prada Foundation of Jeff Koons or the Gucci Hub of Piuarch with the redevelopment of the former Caproni aeronautical factory. And you can not forget those that will be inaugurated within the year, such as the Soho House or the Museum of Etruscan Art created by Mario Cucinella. Not to mention that the 2019 will be the year of the Triennale, passed under the direction of Stefano Boeri, and that will open its doors from March 1 with the XXII International Exhibition and that will want to live up to the city of the year.

But there is not only Milan to celebrate. In fact, Italy is the nation that has won more awards in the last edition of the Design Awards, triumphing in four categories and obtaining a total of seven nominations. There are some who did not make it to climb the top step of the podium. Having already entered the list of candidates, however, can be a reason for satisfaction. At least it is for our country, because the excellence of our creatives seems not to suffer the repercussions of the critical situation that Italy is experiencing from some points of view. On the contrary, it seems to exalt itself, as if it were a precious commodity to be protected and cultivated.

So patience if the Cracco Restaurant, which has its base in the city of the year, was not declared the best new restaurant in 2019. Or if Piero Lissoni and Studiopepe had to be content with being just two of the best designers and not the best . This does not diminish the value of their projects. In short, disappointed but not too much. Then, there is Miuccia Prada who failed to get the most recognition in their category. But at least in this case the place of honor is less bitter. It was in fact the Florentine fashion house Salvatore Ferragamo to establish itself as the best collection for men. The Venetian Nichetto Studio won the award in the Best Domestic Design category with “Astro“, a futuristic multifunctional stove, including that of an air purifier. And finally, the well-known lighting brand Artemide has obtained recognition for the sustainable functionality of the “Gople” lamp, created in collaboration with the Danish studio BIG (Bjarke Ingels Group). Not only the city of the year, therefore, in Italy in 2019 there is much more.