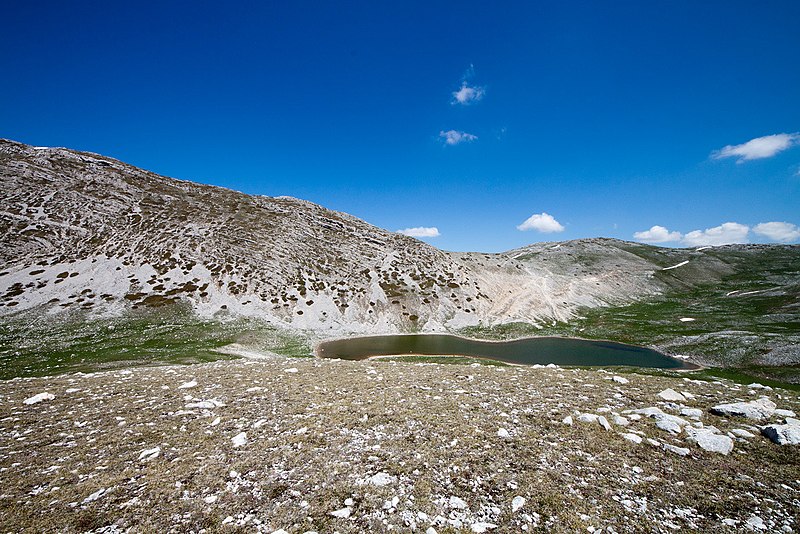 The brigands’ path: bucolic itineraries with a bygone era flavour

Imagine a route between the paths where once brigands hid and that connected old mule tracks. Streets that connect valleys, passes and medieval citadels. Routes to cross in the company of your beloved Fido, with compass in hand, enjoying the setting of a wild nature. An itinerary with a taste of bare, of knowing how to get away, of letting oneself be transported to places where the echo of history echoes. It is located in Abruzzo, along the border with Lazio, and is called The brigands’ path.

In the footsteps of brigands

An unconventional route that certainly does not have the typical comforts of an organized tour. We need a spirit of adventure and the ability to enjoy “the wind in your hair” to tackle this type of itinerary. Known to all as “the brigands’ path” his name speaks clearly. The brigands passed, hid and attacked along these streets. A word that in the collective imagination evokes a feeling of fear. We “see” them attacking a carriage, robbing unfortunate passers-by and committing the most various barbarism.

But sometimes these characters need to be redeemed. So it is with the brigands of the Valley of Cartore. Settled along the border of the then Papal State and the Bourbon Kingdom, they shared ideals similar to those of the partisans. Rioting the aim of repelling the Sabaudi attacks of which they did not share the control projects on the territory and on the people. As free spirits we will understand why, to be able to live this journey in an authentic way, we need to be in the right mood.

But what are the steps? And what will you meet along the way? First of all it must be said that it is good to get prepared! In fact, there is a preliminary guide to this type of “journey” that collects all the useful information on the subject. Let’s start from the beginning. The itinerary is 100 km long and can be traveled in a week on foot or by bicycle. You can start from Sante Marie, near Tagliacozzo, a town in the province of L’Aquila. Easily accessible by car or train, it will already allow you to enjoy a first taste of the place. The next day we start the journey towards Nesce, a medieval village which can be reached through the Salto valley. The third day we continue towards Cartore, the place where the famous band of brigands lived.

A path that for a while is accompanied by the banks of the Salto river. The next morning we leave again to arrive at the Lake of the Duchess, whose name already makes us fly with imagination! The last three days are instead dedicated to the sections that close the “ring” of the route. Passing through Rosciolo and Casale Le Crete you return to the “terminus”, that is to Sante Marie. Along the way it is possible to stay in typical farmhouses and restaurants, previously booked! But there are those who, to fully experience the feeling of adventure, prefer to stake out in a tent! Furthermore, depending on the season chosen, it is recommended to equip yourself well, especially in the winter months. Given the altitude between 800 and 1300 meters it is possible to “meet” the snow, therefore snowshoes are strongly recommended to make walking easier.

The Brigands’s path: a journey for all

Among the most unique features of this itinerary there is certainly the feeling that it would be good to use to live this experience! It is well known that along the mountain paths the greeting and the exchange of a smile among the passers-by is widespread. But something more happens on the brigands’ path! It develops a spirit of collective help. That’s what the “pilgrims” of these streets give to nature and land. So among the objects to put in the backpack it is necessary not to forget a pair of scissors and some bags.

To cut weeds, brambles and thorny plants that can disturb the path. It’s helpful to give the vegetation that outlines the itinerary a more ordered appearance. Collect any waste that has nothing to do with the bucolic landscape. Put everything in bags and throw them away in the equipped villages. And then cooperate in the signage. The path, in fact, has not obtained public funding, so everyone’s collaboration is essential. Build a little man of stones, stick a wooden stake to favor the next walkers. Obviously doing all this with wisdom and intelligence! This is why the Brigands’ path is not just a common path. It combines a spirit of adventure, a desire for knowledge of the territory, in its most rural aspect, and above all respect and kindness towards others and the environment.