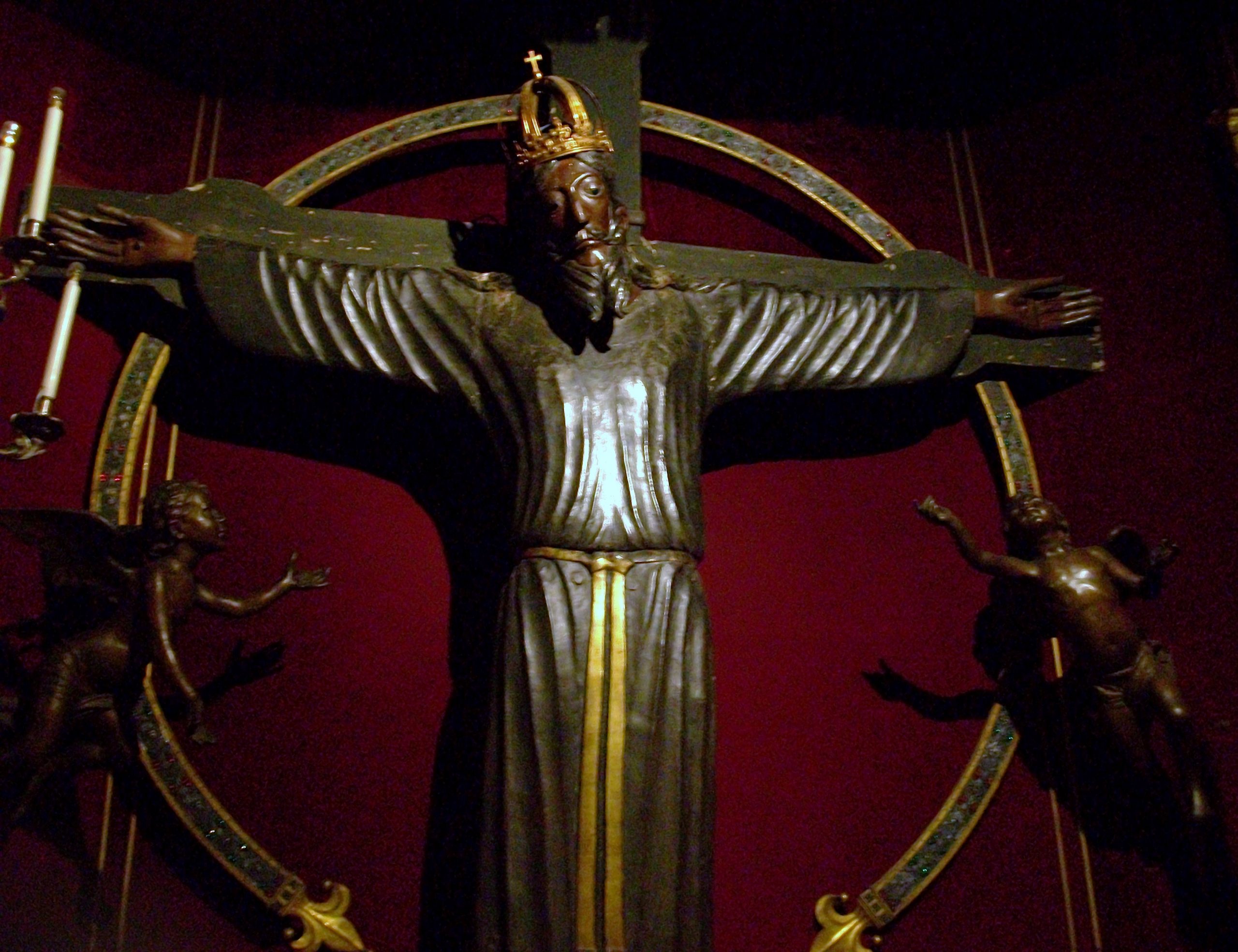 The Holy Face, the oldest wooden statue in the West

The Holy Face, or the crucifix of the cathedral of Lucca, is the oldest wooden statue in the West. The tests carried out with the carbon 14 method at the headquarters of the Chnet nuclear physics institute (Cultural heritage network) in Florence confirm this. This news was released on the occasion of the celebrations for the 950th anniversary of the foundation of the cathedral of Lucca.

The Holy Face, in fact, is kept right in the cathedral dedicated to San Martino. Annamaria Giusti, scientific consultant for the celebrations of the cathedral of Lucca, reiterates: “The ascertained antiquity of the Holy Face closes the age-old and controversial problem regarding the time of execution of this work. Now we can consider the crucifix the oldest wooden sculpture of the West that has come down to us”.

The examinations were carried out on three wooden samples of the sculpture and on a fragment of canvas applied to the wooden surface. Results showed that the work was carried out between the end of the eighth and the beginning of the ninth century. The crucifix, symbol of Lucca, is one of the most revered sacred images of Christianity. In the Middle Ages, the cult for the Holy Face spread throughout Europe, so much so that thousands of pilgrims moved from different places every year to go and venerate the wooden crucifix from Lucca. A continuous flow of people who ventured along the Via Francigena to go on pilgrimage to the feet of the sacred icon of Christ.

It is said that in England, in 1087, King William II took a solemn oath in the name of the Holy Face and even Dante, the High Poet, mentioned it in the Divine Comedy. The non-invasive investigations carried out on the sculpture (radiographs and multispectral analyzes) have discovered the presence of polychromy under the dark color of the icon. Furthermore, a survey campaign is underway on the microclimate inside the chapel of the Holy Face which, for a year, will test the values relating to humidity and temperature. Factors that are fundamental for the conservation of a wooden work.

The sacred effigy of Christ and the Church in Lucca

“For the Christian community of Lucca and for the whole Western Christianity, the Holy Face is not only one of the many crucifixes with which our Italy and our Europe are dotted. It is a relic, that is, a ‘living remembrance’ of the crucified and risen Christ. It is a memorial that has its origins in antiquity and that has left indelible traces in the culture, spirituality of Lucca and the entire continent”. These are some considerations of Msgr. Paolo Giulietti, archbishop of Lucca on the sacred icon of the wooden crucifix. “The presence of the Holy Face in the cathedral – says Don Mauro Lucchesi, rector of the cathedral of Lucca – has always been of considerable importance, as a reference also for the civil life of the Republic first and then of the city.

In fact, the sacred effigy of Christ has been recognized and crowned as Rex Lucentium. The image was reproduced on the buildings, on the city gates, in the official government documents and even in the coins”. The celebrations for the 950th anniversary of the re-foundation of the cathedral will continue next autumn after the interruption due to the pandemic emergency. Among the many initiatives scheduled there are also the works for the rearrangement of the Chapel of Sant’Apollinare, where the tomb of Ilaria del Carretto is preserved, the famous masterpiece by Iacopo della Quercia.