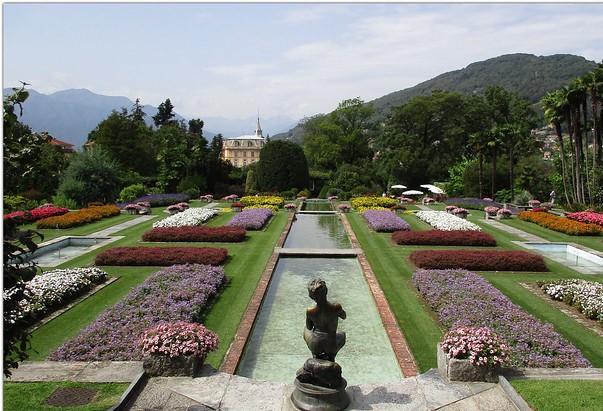 The most beautiful garden in the world: Villa Taranto

If you were taking part in a television quiz, what would you answer to the question: “What is the most beautiful garden in the world?” Maybe “Versailles“? Wrong answer. On the top step of the podium rises Villa Taranto with its magnificent garden located on the Castagnola promontory in Pallanza, in the province of Verbania. The online platform Theneeds decreed it to be the best botanical space in the world through a survey submitted to Web users. Villa Taranto has blown first place to another wonder: the palace of Versailles.

The story of Villa Taranto, the most beautiful garden in the world

The most beautiful garden in the world owes its origins to an unusual Scottish character, or Captain Neil Boyd Mc Eacharn. He had been in Italy for the first time when he was only 8 years old and immediately fell in love with the Belpaese. In our country he found fertile ground for his greatest passion: botany. The great vivacity and floral variety present here made Italy the ideal place for his studies. So, once he grew up, he set about looking for some land that would lend itself to the construction of a large garden.

In 1930 he ran into an announcement in the Times, about which a certain Marchesa of Sant’Elia sold her property on the shores of Lake Maggiore. The landscape, made up of hills and stretches of water, reminded him of his beloved Scotland. He didn’t think twice about buying it, and he immediately worked to transform the garden. He engaged in various excavation works, and found thousands of seeds from all over the world, so that his project could take shape. The result of your work? The creation of the most beautiful garden in the world, with over 7 km of avenues that cut small oases where live floral species from all latitudes. He named the villa after his ancestor, the Duke of Taranto, who had obtained this honor directly from Napoleon.

He left the villa at the outbreak of the war in 1939 and then returned at the end of the conflict. Under pressure from the local authorities, the captain was urged to open his garden to the public, which he jealously guarded. Ironically, Mc Eacharn died in 1964 on the veranda overlooking the garden of Villa Taranto. He died admiring the thing he loved most: his flowers.

The beauties of Villa Taranto

The most beautiful garden in the world contains over 20000 species, which the old captain Mc Eacharn all classified in a volume of over 350 pages! Walking through the long avenues of Villa Taranto, it is easy to get lost in colors and scents. The garden areas are maniacally cared for, and divided into thematic areas, where you can admire exotic and continental species. An excursion among the flowers of Villa Taranto is equal to a walk in a “gallery of botanical art“, where you can find countless natural masterpieces. For example, there are terraces with pools of water enriched by floating Japanese-style water lilies, very tall palms, azaleas, climbing orchids and much more.

Do not miss the labyrinth of Dahlias, the flowers from Central America, which symbolize the beauty to be captured in the common imagination. Actually you can’t but be fascinated by the shapes and the infinite shades of color. The gardens of Villa Taranto are open for 245 days a year, during which over 150,000 visitors arrive. The numbers show that Captain Mc Eacharn succeeded perfectly: to create the most beautiful garden in the world.