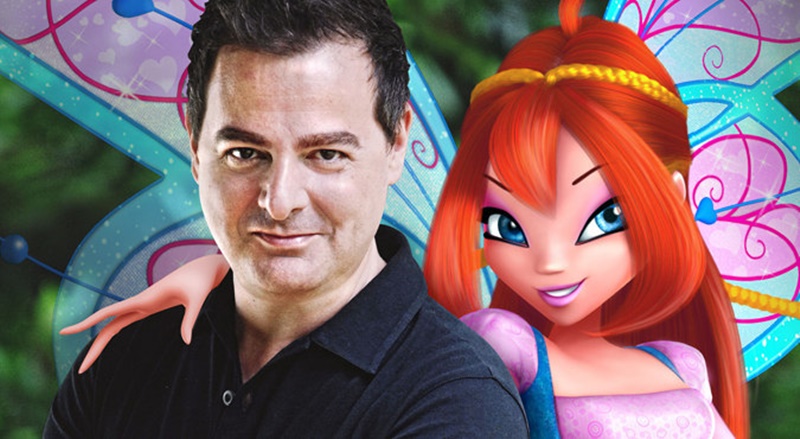 The Winks have an Italian father, but not everyone knows it

The Winks, the protagonists of the cartoon that has had a global success, have an Italian father, but not everyone knows it.

Iginio Straffi, is a television and film producer, known mainly for being the creator of the cartoon Winx Club. Straffi is also president, and founder of Rainbow S.p.A., and his rise is truly remarkable.

The Winks have a respectable designer, in fact, Straffi begins as a writer and draftsman for important magazines and publishing houses. Also known for being one of Nick Raider’s cartoonists, Iginio Straffi soon felt a great vocation for animation, he went to France and Luxembourg, where he dedicated himself to his great passion for “cartoons”.

Back in Italy, Straffi takes advantage of the experience gained and founds the Rainbow group in the Marche region; the largest animation studio in Europe. Rainbow grows rapidly and becomes a real entertainment industry, headed by ten companies; an animation studio for TV productions, and a studio dedicated entirely to film productions. In the team there is an Academy, for the formation of talents, a publishing house, a digital house for the development of online games, theme parks and events.

Straffi creates several animated TV series, like Tommy & Oscar, Rainbow’s first cartoon, and then the legendary girls of “Winx Club“, which has become a real worldwide phenomenon since its first appearance on TV. The cartoon has achieved great television success, especially among girls, becoming a cult from Europe to the United States, up to Asia.

The cutting edge of course are the six fairies that are the protagonists of the TV series, which represent a real case of a merchandising school for fantasy characters. Today Winx Club represents a phenomenon of incredible custom among young girls from all over Europe with an approval rating of over 90%. There are over 6000 different products on the market, from toys to clothing to the winxclub brand. The enormous success has helped to place Rainbow in twelfth place among the 150 top licensees around the world.

His Winx Club production was broadcast for the first time in 2004, immediately becoming a phenomenon among children between the ages of four and ten. Today Winx Club has over 100 million viewers every month. Straffi has also directed three CGI films; Winx “The Secret of the Lost Kingdom” (2007), “Magical Adventure” in 3D (2010) and the most recent production “Il Mistero degli Abissi” (2014).

Straffi is also the artistic genius behind other successes that Rainbow produces, Huntik, PopPixie, Monster Allergy, Mia and Me, just to name a few, all productions that boast the best listening data worldwide. Today, Straffi has recently made the first stereoscopic 3D film produced entirely in Italy, “Gladiators of Rome”. Production has grossed over 50 million dollars, becoming one of Europe’s most successful animated 3D films.

The world of Magix

The series tells the adventures of the fairy Bloom, leader of the Winx Club; a team of friends: Stella, Flora, Tecna, Musa, Aisha. The group of teenagers is studying in the best college for aspiring fairies in Alfea, in the world of Magix, precluded to humans. The fairies, in the college, magically face dangerous adversaries, however, they also live common problems of heart, of the common adolescents. Bloom, the charismatic Fairy of the Flame of the Dragon, comes from Domino, of which she is a princess.