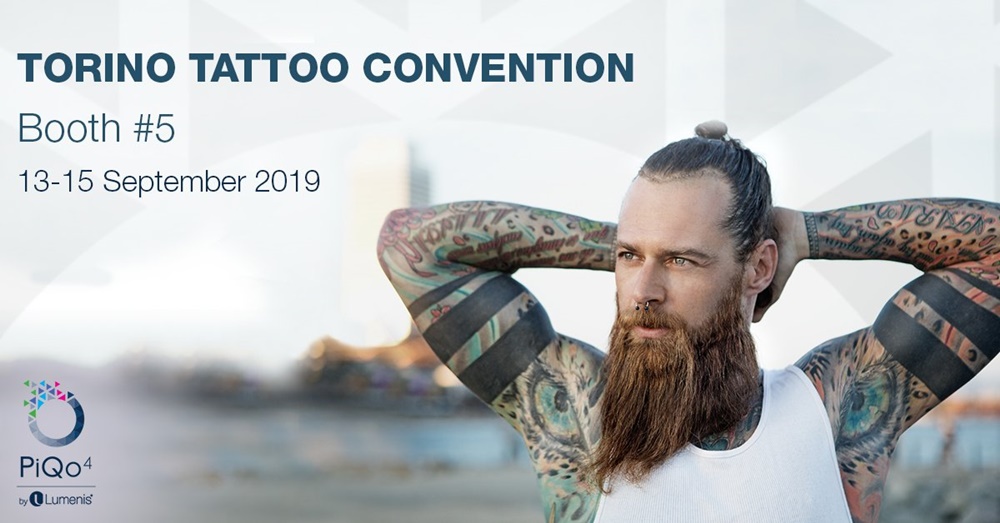 Torino tattoo convention 2019 is an international appeal that has attracted the best tattoo artists in Europe. They were almost in four hundred, and many did not want to miss the opportunity to give themselves a “freeze frame”.

From 13 to 15 September 2019 at the Lingotto Fiere, there were over 10,000 visitors in the stands to admire the artists at work; take part in meetings, concerts and shows and look at objects, inks, needles, creams but also piercings.

Torino tattoo convention has been a leader in the industry for years and the best ones are never missing. There were fifty stands with materials on the world of tattooing, and visitors from 2018 have grown exponentially. Especially Italian tattoo artists know every symbology and international cultural variation and can satisfy every request.

The most popular and widespread Japanese tattoos are sought after. What makes them so interesting is the profound meaning that characterizes them. This is probably why the Japanese tradition is so long and rich.
Originally, the tattoo was an instrument of belonging to a particular class or group. In other cases, as often happens today, it had a spiritual value and represented a sort of ritual or a demonstration of devotion. Today Italians see tattoo as decoration and affirmation of themselves.

Highly sought after are the “irezumi“, Japanese tattoos, with legendary heroes and characters. Cherry blossom, the Sakura, which is the national flower of Japan, is the most beloved. It blooms in spring and after reaching the peak of its splendor is taken away by the breeze, remembering the vanity of everything. The carp are very popular, according to an ancient legend, thousands of carp gather at the headwaters of the Yellow River at the foot of a waterfall; they make every effort to go up it to the point of death. The most resolute will manage to climb the waterfall, turning into a dragon.

It represents brave people. The tiger has always had a place of honor in tattoos, in fact, it is used as a symbol of power, since its strength is unmatched. It cannot be defeated by any living creature.

Dragons, being sovereign among creatures, are always in demand. They reside in the sea, where their king’s palace is, but they remain under water for a while; often they rise in the skies where they gather clouds and rain and move unleashing storms. Dragons are guardians of the “wish-fulfilling jewel” that possesses absolute power and looks like a pearl. In Turin, however, also fashions are followed, with fluorescent colors that appear only in the dark.

Freckles are also required, and it seems to be one of the most trendy requests. In addition, the pupil tattoo is also required, making the whole eye dark, with a truly amazing effect. This year, the Torino Tattoo Convention 2019, now in its ninth year, is once again the event that confirms the Savoy city as a cornerstone; reference for one of the most important events where there are all the big news.