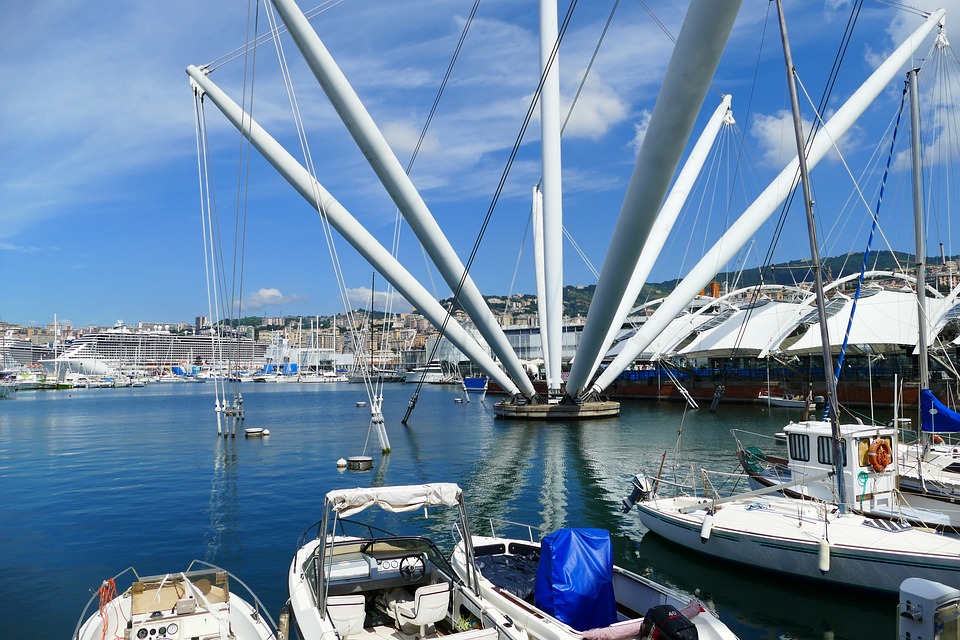 What to see in Genoa? Museums, walks, and nightlife!

What to see in Genoa? Genoa is a wonderful city, and around every corner, among the alleys there is the richness of a piece of ancient Liguria, full of history. We are talking about a city squashed between the sea and the hinterland, which however has found a perfect balance over time.
Going down to Genova Brignole station, you are immediately in Victory Square; right in the center stands the triumphal arch, dedicated to the Genoese fallen during the First World War. This can only be the beginning of a wonderful tour to know what to see in Genoa.

In the background of the square there is the Staircase of Caravelle, which depicts the Nina, the Pinta and the Santa Maria. Only by turning right, in Via XX September there is the shopping street, which joins the central square of Vittoria with De Ferrari Square.

Here you will find elegant shop and bar windows, and you can pass under the Monumental Bridge. How to ignore the beautiful and endless arcades, with the vestiges of the ancient Genoese nobility: white and black? Slipping on a pleasant walk, you will meet De Ferrari Square, recognizable by the large round bronze fountain in the center. The pride are Palazzo Ducale (venue for exhibitions and conferences), and Carlo Felice Theater.

Going down you meet the Cathedral of San Lorenzo, with two large lions in front of the entrance; built between 1100 and 1300. To the right of the church you can see a little marble sculpted dog.

The caruggi and the aquarium of Genoa

According to a legend, during the construction of the Cathedral, there was a little dog that always revolved around the sculptors. During the end of the work, the little dog mysteriously disappeared, and the workers sculpted it to remember it. A visit to the Old Port is inevitable. In this area, now used as a rather inhabited residential area, there is the famous Aquarium of Genoa. This area hosted the Universal Exposure ’92.

From the Old Port, if you enter via the Royal Bridge, walking for 100 meters you arrive in the beautiful Banchi Square where there is the famous Loggia della Mercanzia, a beautiful medieval building that housed the trading of merchants and bankers. The historic center of Genoa is its main feature, characterized by hundreds of carruggi; term used in the dialect to define the arcades and the shady and narrow alleys. In these parts there is the Romanengo confectionery, one of the most important patisseries in Italy, which dates back to the early nineteenth century.

Fabrizio De Andrè and the Genoa

Sliding for the Genoese tour, you reach Soziglia Square, and then Banchi Square; once arrived, to the right, along Via San Luca, there is one of the most fascinating and picturesque alleys of Genoa. Then again the mythical “Via del Campo”, the famous paved road known to have been sung and inhabited by Fabrizio De Andrè.
From those parts there is also the famous museum dedicated to Fabrizio De Andrè.

Genoa is wonderful for the atmosphere full of music, great musicians of course, for the irony, the grumbling, the women who still make pesto at home. Beautiful, eternal and fascinating, Genoa has the “Marassi“, its beautiful stadium full of history. In this regard Genoa has a great record, that is the first Italian soccer team, the “Genoa”. But in Genoa there is the Ducal Palace, the Museum of the Treasury, the Royal Palace, or the Museum of the Risorgimento!

If there is one thing that the Genoese love, it is the “movida”, experiencing the nightlife in the alleys. The clubs in the center are an institution between one “caruggio” and the other. Almost all the clubs and pubs are in the city center; around the Cathedral of San Lorenzo or in other squares, where you can drink a beer, a cocktail.

For those over 25, the place for an aperitif is Lavagna, with a more adult, soft nightlife. But don’t forget a panoramic view with the funicular that takes you up the hills! It is also a must to take a walk to Boccadasse, which is the contraction of the “donkey mouth”, the shape of the coastal area. It was a Genoese who emigrated a century ago to Argentina to found “la boca” the oldest area with the stadium and the symbolic team of Buenos Aires! You can only choose what to see in Genoa!