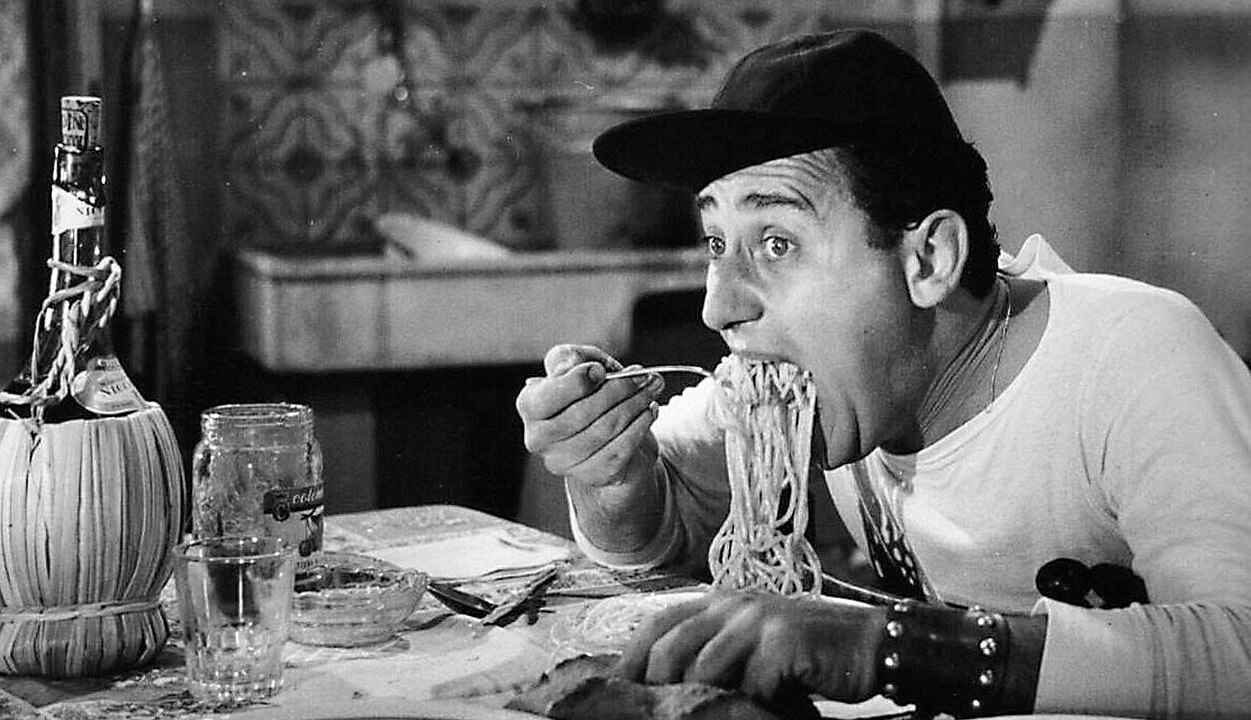 Alberto Sordi, an Italian just like us. Interview with Silvio Governi

There are days I just get up and think I have the world in my pocket. That everything is there, at hand – just stretch it. Then other days, even the closest things get out of my control and become pretty damn far. I know that sooner or later, it is inevitable, life will present me a bill. But I also know that if one day things get worse, there will always be the next and the one after that.” This is the exciting beginning of “Domani arriva veloce” – a book by Silvio Governi, Roman director of Alberto Sordi, Un italiano come noi – ‘An Italian just like us’. It is his debut novel, which tells of Giorgia, in an engaging and eventful plot. Prominent director of the new generation – Governi – he has directed commercials, TV programs and docu-films for Rai and numerous documentaries and shorts.

Silvio Governi: “For example”, fatherhood and his debut novel

Among the works of Silvio Governi there is “Ad esempio” – ‘For example’, a short film made with the involvement of Vinicio Marchioni and Sabrina Impacciatore. It is about a father who, exasperated by economic problems, opts for an extreme gesture. Rob a bank. Amazing is the fact that among the bank’s customers, on the day of the robbery, there will be his wife and son. The work arises from the director’s interest in “chance”, “fate”, and in the theme of paternity, dear to him. His future plans include the desire to make a film based on his novel, “Domani Arriva Veloce“.

On the occasion of the centenary of Alberto Sordi’s birth, Silvio Governi is the director of “Alberto Sordi, Un italiano come noi“, a documentary film conceived and written by Giancarlo Governi, narrated by Sabrina Impacciatore and produced by Extraordinary Production with Rai Cinema in collaboration with the Alberto Sordi Museum Foundation. Previewed at the Maxxi in Rome on February 12th, it will arrive in cinemas and on Raiuno on the occasion of the centenary celebrations from birth.
We interviewed him, but before starting we will cradle with another quote from his novel. “The thing that scares me most, at fourteen, is the lack of dreams. I mean daydreams, those that speak of hopes, of ambitions. My dreams last the space of a night.” Domani arriva veloce, Edizioni Piemme.

Silvio how do you see Sordi’s comedy in the socio-cultural context in which it was immersed? Sordi was above all a sort of “historian”, if we want to define it this way, because he has always told his time, or rather, the Italian of the twentieth century. From the first world war, to the second conflict, passing through the post-war period, reconstruction, the economic miracle and the crisis. Today, if he were still among us, he would certainly be the witness of the decline of our country. The great actor highlighted the vices, virtues, weaknesses, meannesses, fears and even the complexes, tics and attitudes of Italians.

The characters played by Alberto Sordi

“How can we forget the dramatic cowardice of Oreste Jacovacci who loses his bravado in front of the firing squad in “The Great War” of the master Mario Monicelli. And like a fearful, he whines, frightened, because he is forced, despite himself, to die as a hero. Or the strength of mind, the redemption and, in some ways, the heroism of the character of the Second Lieutenant Alberto Innocenzi in Tutti a Casa by Luigi Comencini. When, at the end, he starts shooting, in a pride of movement, with the submachine gun, to defend the homeland against the Nazi occupation after September 8. And we could continue indefinitely in telling every single facet of the Italians through the multitude of characters played by the great actor Alberto Sordi”- continues Governi.

Often they represented a weak and servile Italian who damned his soul to obtain favors and privileges as in “Il Vigile“. But even his character perhaps more exquisitely comic like Nando Meniconi of Un americano a Roma – ‘An American in Rome’. Here, however, the actor’s vision gives an engaging satire of customs of the post-war Italy in which the myth for America is told. The dreamed and desired America.

And how can we forget “I Vitelloni“, Federico Fellini’s masterpiece with whom he had already worked in “Lo sceicco bianco“. In it, Sordi magnificently sketches the prototype of the young man during 1950s. Restless, contemptuous and indifferent to his surroundings, never truly realized and immature to such an extent that, only at the end, he will be able to redeem himself, realizing how insignificant and empty his life is. But without having the courage to face it and to change completely. And how incredibly current is the Fellini’s figure of Alberto played by Sordi.

In your opinion, which aspect of the comedian made him one of the greatest icons of Italian cinema?

Perhaps because Italians identified themselves with hi, and if they did not recognize themselves, they saw in him their fellows, relatives, neighbors, their colleague. Sordi knew how to identify flaws and weaknesses of all these characters and told them with great effectiveness and, in some cases, even anticipating the times. Who else are the characters in the films played by the actor if not ourselves? Sordi was able to bare an entire people, also thanks to brilliant directors such as Fellini, Monicelli, Comencini and Steno.

And Italians represented and described by this multifaceted and polychromatic gallery of characters, spanning decades of Italian history and of which Sordi’s work is studded, recognize themselves in the characteristics and peculiarities of these same characters masterfully interpreted by the actor. They give us back a fresco of our Country so steeped in contradictions, divisions and, nevertheless, always full of impulses and a great willpower, inventiveness and redemption. An actor who has been the mirror, sometimes faithful and at times uneven, but always realistic, of an Italy that no longer exists. But that represents our deepest roots, around which the Italians were trained and grew.

Who was the national Albertone

“Sordi, or the national Albertone, is the one who, thanks to his immense and extraordinary work, approached himself the average Italian as “Artist” and as man. He approached ordinary people, through a process of identification. We all looked for Italy in Alberto Sordi’s films. We Italians reflected ourselves in those numerous, grotesque and dramatic characters he played. As in the imaginary town of Macondo of One Hundred Years of Solitude by Gabriel Garcia Marquez, we ended up finding ourselves on those films. I am sure that, in a hundred years, if there will still be someone who wants to know Italy and the Italians of the twentieth century, it will be useful for him to study Alberto Sordi’s films. A heritage that belongs to us and that we have the duty to tell, divulge and pass on to the new generations “.

One hundred years since his birth: a legacy to tell

Silvio, what kind of difficulties did you face in making this docu-film so many years after he passed away? No difficulty because Sordi was the first conservator of his cultural heritage. Throughout his life he continued to erect a monument to himself and his career. Filming in that house-museum that as a guy I had only seen and imagined from outside without ever being able to cross the high walls or the gate, waiting for him to come out and bring him to my father’s house to celebrate their birthday separated by a single day, it gave a great emotion to me and to the whole crew.

We wandered among those wonderful halls, those rooms and that small theater of few seats, the real treasure of the house, where Alberto entertained his friends with his private performances. Here he projected his films, with great respect but above all awe. And in shooting in the gallery of that jewel theater where Alberto sat, a bit aloof, discreetly as if to weigh the emotions of his audience, to spy on their reactions, I felt lucky and I seemed to see him. And almost, for a moment, I once again felt him close to us. Sordi, 17 years after his death, is still today one of the most alive artists in our imaginary.

“A character like Sordi is thought to have no heirs. Does Totò’s heir or Chaplin’s heir exist? So it is difficult to find an heir of Alberto Sordi. But there is an actor who can be compared to Sordi and it is Carlo Verdone, also a Roman, careful to catch the types emerging from the society of his time. Sordi wanted him as his son in the film In viaggio con papà – ‘Traveling with dad’. Then, if we want to think of an heir, an actor who tells his own contemporary, I find it hard to spot him “- says the director.

“Also because the Italian comedy that began in the late 1950s – even if Alberto had tackled it several years before, with ironic and comic tones, serious and even dramatic themes, of social relevance and customs – is an unrepeatable cultural moment. It has given birth to only children and no heirs. Tognazzi, Gassman, Manfredi and Mastroianni, as well as the great Monica Vitti. A period that will have important masters of cinema such as Germi, De Sica, Steno, Monicelli, Risi, Scola, Loy , Salce, Comencini, Wertmuller, just to name a few, which are destined to remain unique in the history of Italian cinema“.

The great actor and his private life

In February 2003, attending the funeral of Sordi, Ettore Scola said: “He never allowed us to be sad”. How he was really in his private life?

And it is no coincidence that Ettore Scola pronounced this sentence. He directed Sordi mainly in two episodes of I nuovi mostri: Come una regina e Elogio funebre – ‘The new monsters: Like a queen and funeral praise’. Just in the latter, he reminds us that comic actors, when they die, do not give their audience the possibility of being sad. In the film, the funeral of the actor-comedian cannot be like the real one, with a great participation of the people, but must be consistent with the character. As the one Sordi does to his head comedian Formichella, winking, building the joke, the sneer, the whip, until he sings together with the theater company as a last tribute. Because then our Albertone was like that both in his private life and in the cinema, desecrated and lasher of the defects of Italians.

Notes: we thank Carlo Carere, Emanuele Pellegrino and Massimo Montebove for their collaboration.