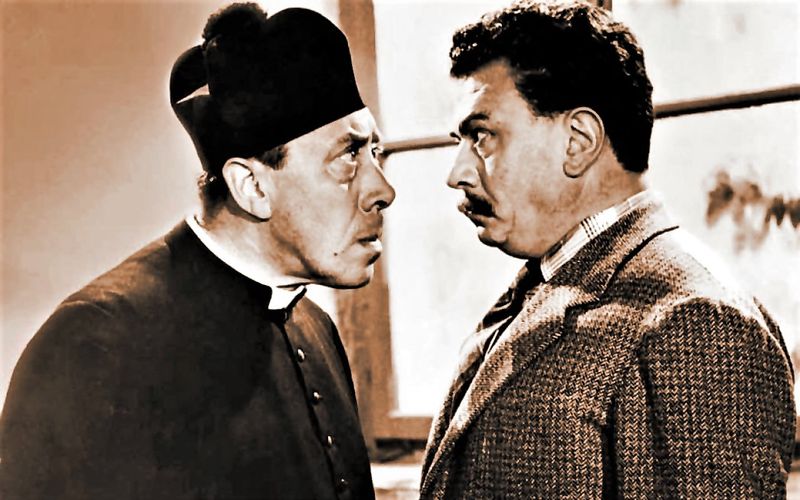 PEARLS OF WINSDOM, THE NEWS

But in Italy can you curse?

It’s raining cats and dogs. The gray sky merges with the wet road. Try to stay in the lane, but at a certain point you hear a little bang and the car starts to skid. Pitted wheel. You come down to change it, but in the meanwhile another car surpasses you by splashing all the water from that filthy puddle near you. Look up at the sky, convinced that this is a design designed to ruin your day. Fill your lungs and prepare yourself to tell four to your god. Then suddenly you stop: it’s immoral, your grandmother would be offended if she heard you. Also, remember that you have heard that blasphemy is illegal. But if there is not much for grandma to do, how are the facts really in Italy?

Blasphemes of other times

People of saints, poets and navigators! Here, among the prominent figures of Italian culture there are undoubtedly the saints. And it could not be otherwise considering the importance of religion – and of the Catholic Church – in our country. But where there is a god or a divinity to love, there is also one to insult. In fact, since ancient Greece, it was not so rare to hear blasphemy. On the other hand the word blasphemy derives from the Greek and is formed by the verb βλάπτειν (to insult) and by the noun φήμη (reputation). In practice, with this word, one wanted (and wanted) to slander someone, to offend the reputation and reputation of a person, but also of a deity. Initially, however, the offensive action was more important than the subject to whom it was addressed. Over time, then, things have changed.

In the Rome of the emperors, the blasphemy was not a crime, at least until the advent of Christianity. Starting from 380 AD, in fact, insulting the symbolic figures of the Catholic religion was punishable by death. In the following centuries the penalties were modified several times – above all by virtue of the relationship between civil and ecclesiastical power – but the blasphemy has always remained illegal. In the Republic of Venice there were even magistrates called Executors against Blasphemy. But today?

First we reassure Veneto and Tuscany: the blasphemy is not a crime, no longer since 1999. In fact, up until that year, if you were caught in the act of insulting divinatory you could be prosecuted by the Penal Code. Not only for Catholic beliefs, but also for all other religions.
The original formula dates back to 1930, in full fascist fresco fresco fresco of the Lateran Pacts. In article 724 of the Rocco code it is reported as an offense against the Catholic religion. Starting from 1984, with the Agreement of Villa Madama in which it was sanctioned to have made the independence between Church and State, a thought began to extend crime even the other cults

The original formula dates back to 1930, in full fascist fresh cool fresh of the Lateran Pacts. In Article 724 of the Rocco Code it is reported as an offense against the Catholic religion. Starting from 1984, with the Agreement of the Villa Madama in which it was sanctioned

And so it was since 1995 with the ruling 440 of the Constitutional Court of 18 October. The crime of blasphemy was in fact extended to all religious beliefs. After only four years, however, the blasphemy was relegated to a simple administrative offense (ie punishable by a fine of up to 309 euros).
But you who love profanar offense do not despair. This injunction is not directed at all, but only at the god of the Catholic religion and the other beliefs. Our Lady, for example, is not among the “protected” figures of the State, as well as the saints. In addition, the blasphemy becomes a crime only if pronounced in a public place: at our house, for example, we can safely throw down the walls.

The benefits of blasphemy

But what effects does the blasphemy have on our body? Some American researchers asked for it and sought an answer. To do this, they subjected some patients to various tests of pain and resistance. The result surprised everyone: those who faced the examination cursing, could carry it out with less effort. This is because blasphemy seems to trigger an analgesic, calming effect, in a situation where we can not help but fight. Not just on a mental level, but also on a physical level. This would explain the age-old passion for imprecation on the part of mankind: “For centuries – explains Richard Stephens, one of the researchers – we thought that the blasphemies were a simple linguistic phenomenon. This action, instead, is inserted in the emotional centers of the brain present in the right area of ​​the skull, while the language is in the opposite hemisphere ».

In short, it will also be illegal, immoral and bad taste, but it seems that blasphemy does not do so badly. As long as there is not our grandmother in the immediate vicinity: she may not appreciate this outburst.