In a multi-faceted and sometimes problematic reality like the Italian one, talent does not always emerge. The challenges are many, and asserting oneself can often appear more like a dream than a concrete possibility. However, there is an Italy that not only does not surrender to the difficulties, but gains records of all respect. Today we talk about the Caffo Brothers’ Distillery, which brought home a prestigious award, becoming the best distillery in Italy!

Once again, we find ourselves smiling thinking of our dear Calabria. Some time ago we told you about his exquisite PDO licorice, the pride of the whole region and noteworthy Italian first fruits. Well, although social and natural wounds have sometimes brought Calabria to its knees, its strength and energy have helped it overcome any obstacle. This florid land in fact hosts what was decreed as the best Italian distillery of 2019: the Caffo Brothers’ Distillery.

The award, won at the Annual Berlin International Spirits Competition (now in its sixth edition) is not just a milestone for the renowned company. This ancient distillery, which cleverly combines tradition and innovation, represents an authentic reality, where ambition and hard work have contributed to create a successful enterprise. Besides the wise president Giuseppe Caffo, the younger CEO Sebastiano, operates.

The company is active in Limbadi, near Vibo Valentia, and its history has ancestral roots, dating back to the 1800s. Initially the grape marcs found in the area ware distilled, and it is in this idea that the Caffo Brothers’ Distillery was born.

Deeply tied to its territory, over the centuries this company has become the symbol of a Calabria that is reborn, that teaches and at the same time learns. The determination to offer quality products has remained unchanged over time, as well as the dedication and passion that have always characterized this particular reality.
The Caffo family distills the finest grape marcs on its own, and from these it obtains very high quality grappas. It has offices both in Calabria and in Friuli, and gives pleasure through famous and beloved liquors by all Italians (and not only). The main one among them is the Vecchio Amaro del Capo, which this distillery has been producing since 1915.

Ancient knowledge and new values for the Caffo brothers

The Vecchio amaro del Capo is no longer just a quirk at the end of a meal, but is also appreciated and requested by the younger and more demanding customers, who also savor it in elaborate cocktails. It ranks first in sales, among the most loved liquers made with herbs that have conquered not only the Italian markets, but also foreign markets.
This company is not satisfied, setting itself increasingly challenging goals. Nuccio Caffo therefore states: «Here in Limbadi we have set up the largest plant for the production of alcoholic beverages in the south. Quality is our guiding star. All the production phases take place here: from the herbs produced on the farm to the realization of the infusion which is then processed until bottling and the subsequent steps related to marketing “. For the Caffo family quality and authenticity are the basis of a winning business, but not only.

Respect and love for one’s land and the atavistic traditions that characterize it are the pride of the Caffo Distillery. In fact, this has even set up a museum where documents and texts concerning the production techniques of liqueurs are kept. “It is not a structure open to the public, but upon request we have opened the doors to interested visitors and also to some school classes,” says Caffo. A knowledge that has been handed down over the centuries, of which all the priceless value is perceived: the Caffo brothers fully appreciate it, and if today the company is the best Italian liqueur producer, it owes it to those first marcs that were distilled on the slopes of Etna (before the company settled in Calabria). Still on the crest of the wave, the Caffo Distillery embodies a special human and entrepreneurial spirit, which has made it the umpteenth excellence of our beautiful Italy. 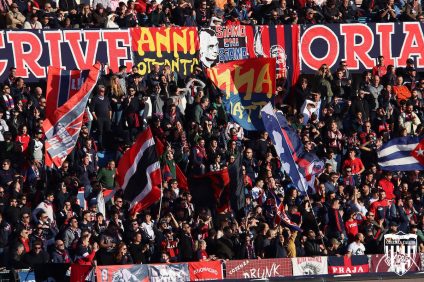