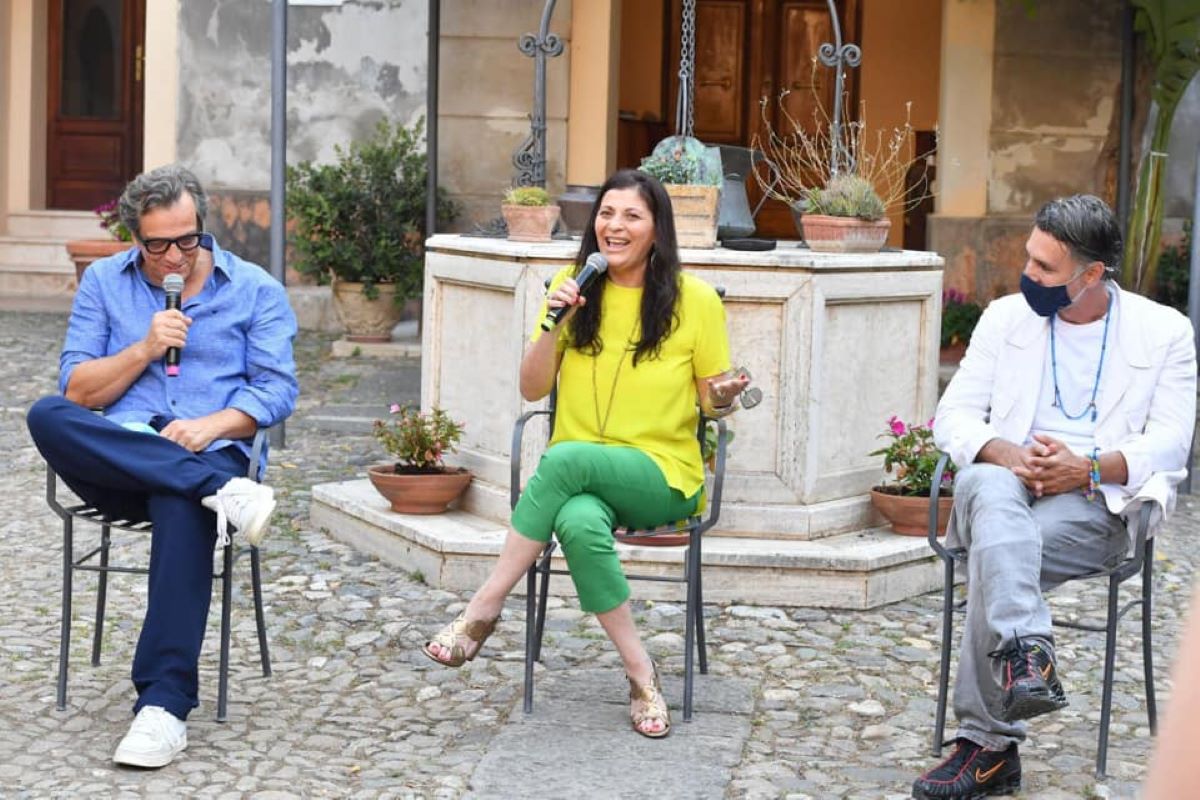 Calabria, a spot by Gabriele Muccino to tell about its beauty

A short that bears the signature of the great director Gabriele Muccino to tell the beauties of Calabria. An important tourist relaunch project for this magnificent land, which has the good fortune of having the sea and the snow-capped mountains of the Apennines and is rich in natural treasures, many still unknown. The region will therefore be the protagonist of the new work of this undisputed master of Italian cinema. It was the president of the Calabria Region, Jole Santelli, to choose Muccino. On Friday, July 3rd, she met the press in Favella della Corte (Corigliano-Rossano), to tell the reasons for this choice. The protagonists of the short film, Raoul Bova with Calabrian origins, and his partner Rocío Muñoz Morales were also there.

Santelli explains that she wanted Muccino because “he is the director of love and if he fail in making people fall in love with Calabria, nobody can. This short is not just tourism, it is promoting Calabria. “The director says he was impressed by the beauty of this region.” What I was told and what Calabria offers is beyond my imagination.

This region has been able to tell perhaps too little about itself compared to others. I am happy to be here and to tell the beauties of this region together with Raoul and Rocio”. Muccino will leave to discover this land and will do it firsthand: “I have heard stories and seen resources that are truly amazing”.

In the short the ways of citrus

It will take two weeks filming starting on July 4th for this short artistic film. Muccino will tell about the citrus region. It will be a real journey, in which Raul Bova will accompany his Spanish partner to show her the face of a different and lesser known Calabria. The seven-minute short will be shot among the scents and colors of the Calabrian citrus groves. Filming will start from Corigliano Rossano to land in Tropea, passing through Lake Tarsia, San Nicola Arcella, Ricadi and the Bivongi waterfalls.

There will be clementines, cultivated in the region since the 1930s, whose rows are now part of the landscape. Cedar, described in the Bible as the sacred fruit of the most beautiful, most fragrant and eternal tree of the Riviera dei Cedri. Another protagonist will be the Bergamot from Reggio Calabria, the “green gold” of this land, so loved by the perfume industry. Without forgetting the famous Rocca Imperiale lemon. Through these four precious symbols of the Mediterranean, the story will follow an emotional journey with suggestive images that will make you discover the crystal clear waters, the magnificent villages, the wild nature, the most enchanting alleys of Calabria.

For Raoul Bova “it is an honor and a dream to be able to do something in Calabria, for Calabria and for the many Calabrians who are all over the world and have contributed so much in different sectors”. Actress Rocío Muñoz Morales spoke of her relationship with Calabria through her husband’s stories: “It is the first time that I am in this land with Raoul and what I stays with me is the energy that emanates. Raoul always speaks to me about this land with a smile”.

The expert hand of Muccino, who is an internationally renowned director, will film everything. Muccino has made highly successful films such as L’ultimo bacio (2001) or Ricordati di me (2003). The director then landed in Hollywood where he directed The Pursuit of Happyness (2006) and Seven Pounds (2008), both starring Will Smith. Back in Italy, he filmed L’estate addosso (2016) and A casa tutti bene (2018). Last film, which hit the box office, is Gli anni più belli with a cast of exceptional actors: Pierfrancesco Favino, Micaela Ramazzotti, Kim Rossi Stuart and Claudio Santamaria with the cinematographic debut of the singer Emma Marrone.

Santelli: “Muccino will make you fall in love with our land”

Calabria is not in black and white, but has multitude of colors. This is why I chose Muccino who is the director of love and I hope it will make everyone fall in love with Calabria,” wrote Santelli on Facebook.

The President of the Region underlined that “this is not a project on tourism, but a path oriented to a new promotion of Calabria that can and must be protagonist through its essence made of colors, flavors and perfumes. It’s only the beginning. A good start.” Now it’s up to you to fall in love with Calabria.