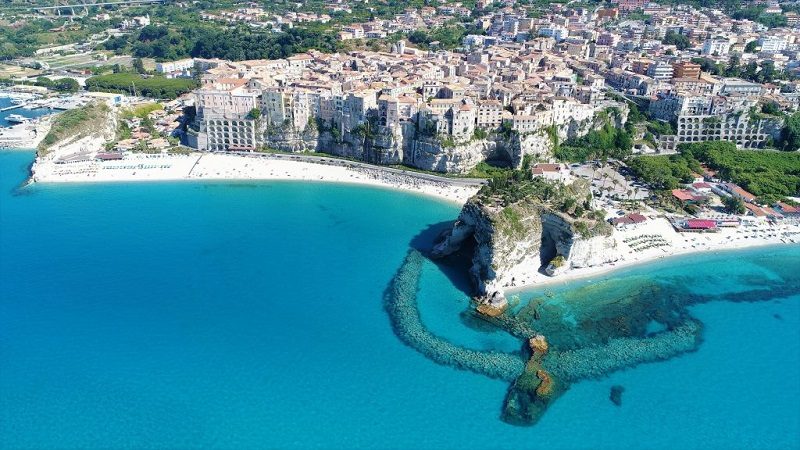 Calabria between sea and nature, a land to discover

Its sea with its beaches, but also its forests and mountains. Calabria is magical and even at the international level they have noticed it. Recently the “National Geographic” has consecrated the region by listing the places worth visiting at least once in their lifetime. A region rich in spectacular rocky coasts, shores where you can enjoy a splendid sea, two coasts, the Tyrrhenian and the Ionian, which are rich in places to know. The prestigious monthly magazine defines Calabria as “another world” and “the most delicious secret in Italy”.

Calabria and its treasures

And so spacing from the Ionian to the Tyrrhenian coast, Calabria, land of scents and colors, preserves traces of history, art and nature in its places. There is talk of a welcoming climate, incredible landscapes between rocky coasts alternating with shores of fine sand.

But Calabria is also rich in villages, between forests and mountains, waterfalls and lakes. There is therefore for everyone. For those who love nature and excursions can take advantage of the beautiful season to visit it, but also for those who are passionate about history and culture, with the many museums that offers. We will then take you to discover these beauties.

Tropea and the Tyrrhenian coast

Among the first towns mentioned by the National Geographic and belonging to the Tyrrhenian coast is Tropea. Located between the gulfs of Sant’Eufenia and Gioia Tauro on the Costa degli Dei, it is divided into two areas. Between the part where the inhabitants live and which is the high one and the Marina area, a destination for seaside tourism. It also has a medieval center embellished with walls, doors, towers and a coastline with white sandy beaches. And then you can taste the typical dishes of the local gastronomy, which recall the ancient recipes of the maritime and peasant tradition.

Scilla is its legendary name

Another Calabrian town is no less: Scilla. It is one of the most characteristic villages of Italy with ancient palaces and churches, but also a seaside resort, among natural beauties, the sea, beaches, numerous events and typical restaurants. We also remember bergamot and Chianalea, the small fishing village. And then Scilla recalls the myth of Ulysses and his legends.

And then there is Reggio Calabria, a bridge with Sicily

For those who love art, a mandatory stop in Reggio Calabria. Here you can visit, in fact, the National Archaeological Museum where, among other artistic wonders, the famous Riace Bronzes are kept.

Reggio is also important for the economy of the whole region and its sea. From it you can reach Sicily, through the Strait of Messina.

The Ionian coast and its villages

Along the Ionian coast, also known as the Costa dei Gelsomini, there are other beaches and areas rich in vegetation. To visit Santa Severina, one of the most beautiful villages in Italy. The town rises on a tuff spur and dominates the Neto river valley. You can also visit the Byzantine church of Santa Filomena. Still along the coast you can admire Soverato, or pearl of the Ionian, Riace, Isca sullo Ionio, Sant’Andrea Apostolo of the Ionian and Siderno. Among art and history also Monasterace, a medieval village at the center of the archaeological site of the ancient city of Kaulon. And yet Stilo, of the most beautiful village circuit in Italy, with its Byzantine church of the tenth century. Finally Gerace, a medieval village in the territory of Locride, rich in art, history and culture with Byzantine churches, the Norman castle.