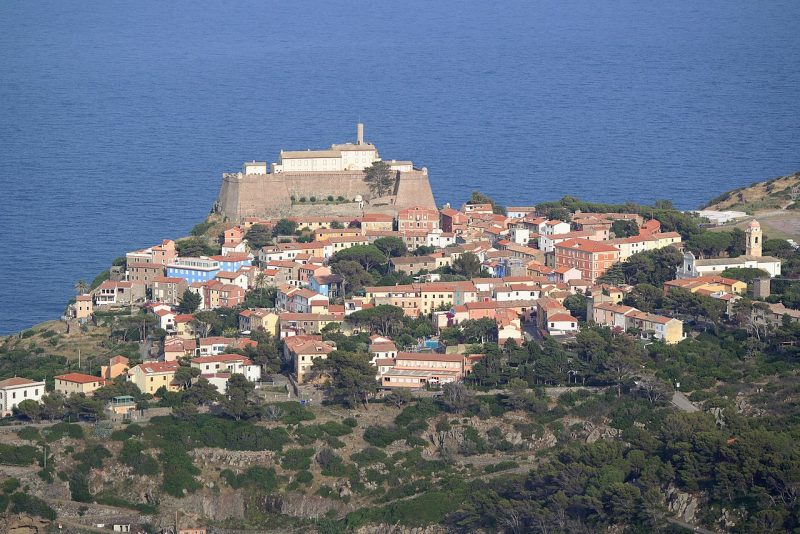 Capraia, a pearl of the Tuscan Archipelago

The island is part of the province of Livorno and the entire territory constitutes the municipality of Capraia Isola. Since 1996 it is part of the Tuscan Archipelago National Park. Tourism today is the main resource of Capraia and develops mainly during the summer. Very suggestive scenarios offer the possibility to visit the island and discover it in all its natural beauty. The main center is collected a short distance from the port.

A pearl in the middle of the sea

Of the seven main islands that form the Tuscan Archipelago, Capraia is the largest by extension and population after the Elbe and Giglio. Located between the Tyrrhenian Sea and the Ligurian Sea, between the Tuscan islands is the most distant from the Italian coast and the closest to the French territory. Of volcanic origin, it has high and rocky coasts. It is characterized by a landscape that reaches and exceeds 400 meters above sea level in the innermost area with Monte Castello.

Along the coast alternate coves, inlets and promontories. Despite being small in size and not very populated, it is a true paradise. In the western part, more than 300 meters high, there is also a small pond called Stagnone della Capraia; it feeds with the rains so that in the autumn and winter months it reaches its maximum width. Although it becomes a tourist destination especially in spring and summer, Capraia is beautiful all year round.

From ‘Porto’ to ‘Country’

The island can be reached by ferry from Livorno. The port is located in a small cove, protected by a sheer spur on which the Fort of San Giorgio is located. There is the church of Santa Maria Assunta, dating back to the eleventh century, around which the ancient village of the port was developed.

From here starts the road that in little time comes to ‘Capraia Isola’ the small town that gives its name to the entire Tuscan municipality: the least populated in Italy among those that have an outlet on the sea. The heart of the inhabited area is the parish church dedicated to Saint Nicholas. It consists of three naves along which there are numerous chapels and various works. Important church buildings are also the church and the convent of St. Anthony, built in the second half of the seventeenth century. The church of Santo Stefano is very ancient and is located in the center of the island in the locality of ‘Il Piano’.

The circumnavigation of the island between towers and fortresses

If the natural landscape offers enchanting and suggestive sceneries, architectural emergencies do not fail to amaze and witness the island’s past. On a hill near the port, there is the castle, wanted by the Genoese. The Fort of San Giorgio is one of the main historical monuments of the island. The presence of an ancient monastery gave the Torre dello Zenòbito one of the four coastal towers located on the island. As we see today, it was built by the Genoese and was part of the defensive system of Capraia.

On the side facing towards Corsica, on the other hand, is the Torre delle Barbici, also called the Torre della Regina. The closest to the sea is the Torretta del Bagno, while near the maritime port there is the ‘Torre del Porto’, built in the first half of the 16th century. Together they evoke the history that characterized this small casket of the Tuscan archipelago …