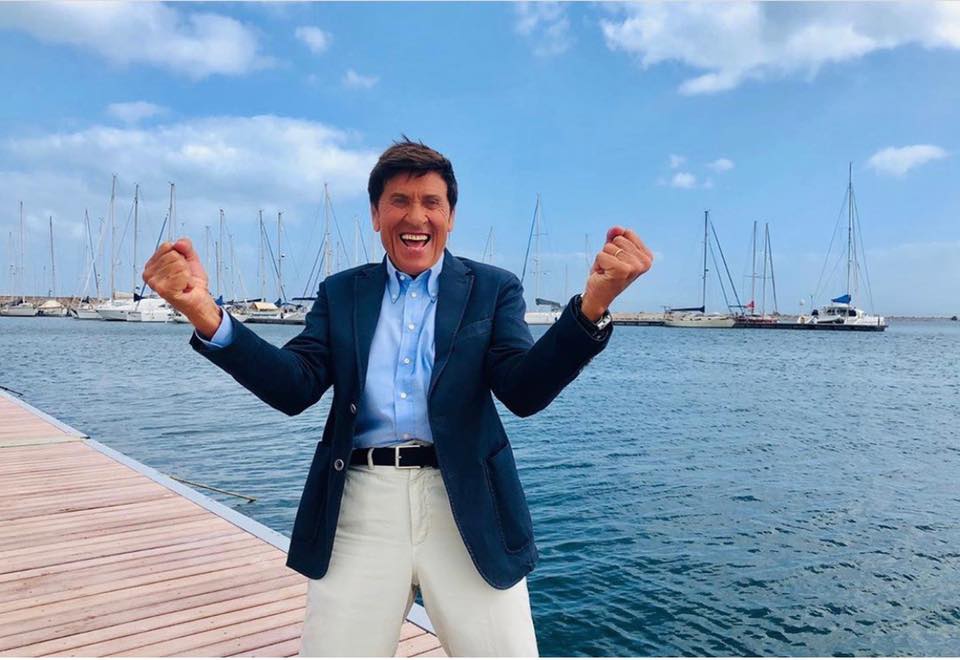 ITALIANS IN THE WORLD, PROUD OF...

Gianni Morandi blows out 75 candles in a life of success

Gianni Morandi, the eternal boy of Italian music, today blows out 75 candles. An age that for many is that of old age, retirement, ailments and, instead, for him it represents an extraordinary youth.

Gianni Morandi has 84 albums, 45 collections and over 50 million records sold worldwide. The eternal boy has married twice, has three children and five grandchildren but, for his youthfulness, it is really hard to consider him an “agée grandfather”.

Morandi is not only an author and performer of songs but also an actor. Many are his interpretations in films and scripted in the sixties and then in modern fiction of the present day. He is also a great sportsman with a passion for running: ha has a lot of experiences in this field including the participation in the New York marathon.

Gianni Morandi was born in Monghidoro on December, 11 1944. His father Renato was a cobbler, his mother Clara Eleonora Lorenzi was a housewife. From an early age he took singing lessons and took part in singing competitions and at the age of 18 he recorded the first record: “Andavo a cento all’ora“. From that moment on he began a career that knew no obstacles and boundaries; a continuous roundup of successes collected in almost 60 years of work.

Gianni Morandi, the secret of success

About sixty years of work always on the breach, always on a roll and always in the hearts of Italians. Gianni Morandi is, unquestionably, one of the most loved artists in our country, for several generations.

Gianni Morandi, or how to get involved with irony

Since the Sixties the consensus for Morandi has remained undisputed, despite the fact that at the end of the Seventies it seemed that the spotlight on him had gone out. The secret of success is that of having been able to adapt to changing times, to new fashions, to current trends.

Over the years, Morandi has not disdained collaboration with other artists, intercepting the tastes and preferences of the public but never denying its origins, its background. The eternal boy is the perfect definition for an artist who knows how to do irony, knows how to get involved and who doesn’t think twice about collaborating with young colleagues and trying out new styles.

Straddling the seventies and eighties, Morandi experienced a moment of crisis that went far beyond his musical studies and started again with his concerts all over the world.

Together with Mogol, the well-known lyricist and his longlife friend, Morandi creates the National singers team who, with the “matches of the heart” donated tens of millions of euros to charity. Football, the sport loved by Italians, has thus become an instrument of solidarity to support charitable organizations and associations and people in difficulty.

Gianni Morandi becomes even more popular, even more praised by fans for his optimism, his smile, his positivity and, above all, for his big heart. The eternal young person embodies the dream of that healthy, hardworking Italy, which knows no problems and which, if it knows them, manages to solve them very well.

An asteroid for the singer from Monghidoro

The boy from Monghidoro who has become a world star, today represents the beautiful and clean image of a whole nation. An asteroid was even dedicated to the singer: 248970 Giannimorandi. Because the stars shine always and everywhere!