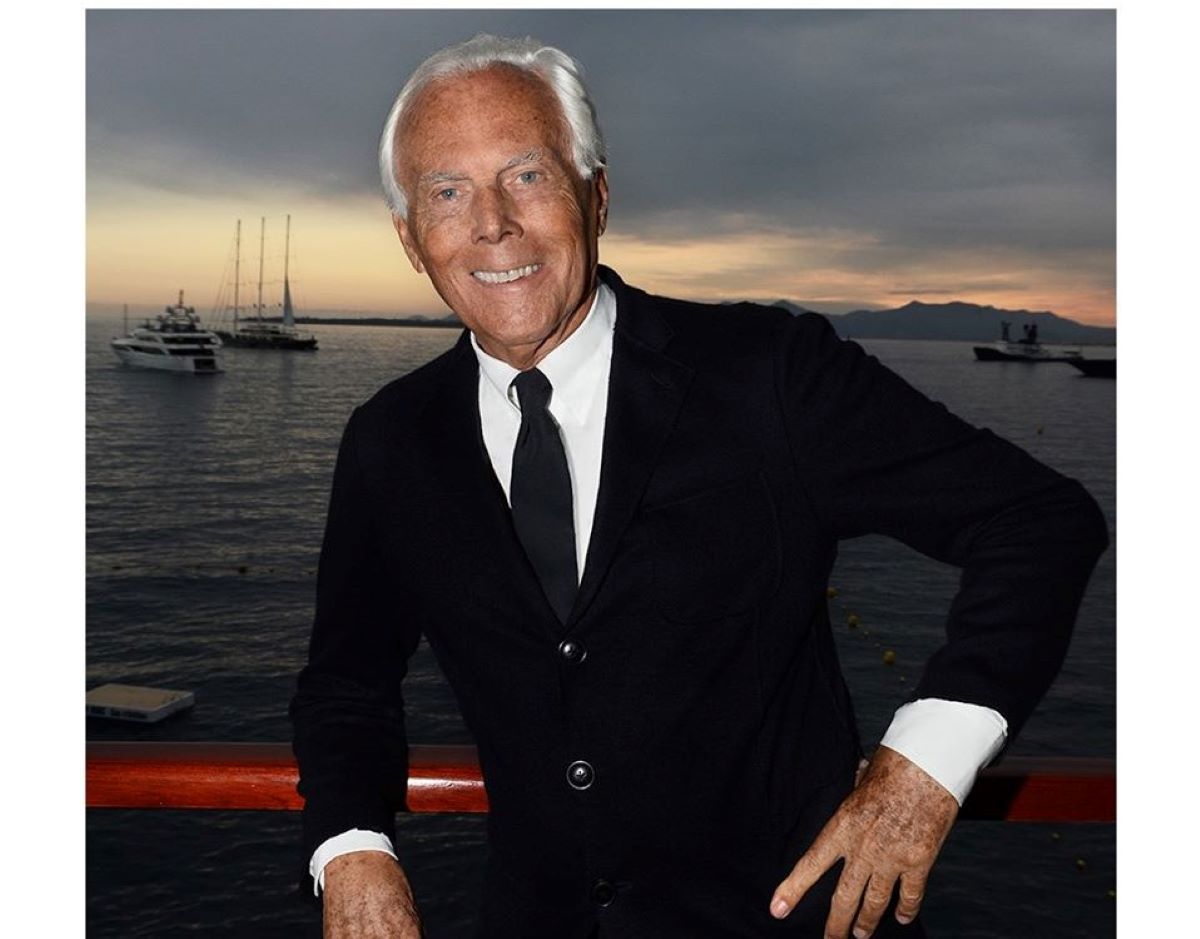 Giorgio Armani celebrates his birthday. The great Italian designer with glassy eyes turns 86. A long career on the cutting edge. Symbol of the unmistakable Italian style: minimal with the skilful use of deep blue or colonial. The great attention to detail and the never random choice of fabrics have always made whatever he creates precious, even a simple blazer. Colors never screamed, sober and of great refinement. A life dedicated to work that led him to be at the forefront of fashion, especially in eco-sustainable choices such as when during the covid emergency he invited the fashion system to “a more human dimension”, starting with the conversion of his productions to create disposable gowns and even with important donations to hospitals on the front lines.

“Elegance is not to be noticed, but to be remembered”. This is one of the famous quotes with which the master outlines the substance of his creations: essential but always chic. His is a timeless elegance, with great attention to detail and purity of lines.

Armani was 41 when he founded his maison after years of work at Rinascente and then for Cerruti. Palazzo Orsini in Milan is his headquarters but he comes from Piacenza. Adopted by Milan that loves him so much to have given him the Ambrogino d’Oro in 1982. He is said to be a perfectionist, attentive to every detail, almost obsessive in arranging every suit before going out on the catwalk. By now everyone calls him the King of Italian Fashion, from the title of Tony di Corcia’s book that tells his life.

The debut with the clothes of “American Gigolo”

His career began with the presentation of a first men’s collection at Pitti in 1975. He dressed the very young Richard Gere in the famous film “American Gigolo”, revolutionizing the men’s wardrobe made of soft and unstructured jackets.

This is what Americans rename as the “American Gigolo’s suit” and is still continuing to trend. Armani also marks women’s fashion by giving a new basic touch. In 1980s the designer understands that there is a need for a different, more relaxed look. It’s time for simplicity and class. His jackets with wide shoulders have become a must have for “career women”.

A short to celebrate haute couture

This year Paris Fashion Week will take place online: the new spring summer 2021 collections will be presented on the web until July 13.

For the occasion, Armani presented a video that tells 15 years of fashion, from 2005 to today. From the intense moments preceding the fashion shows to the images stolen in the backstage, to the looks of the spectators. The short film testifies to the great work of Armani who, with the Haute Couture line, reaches the pinnacle of creativity, the constant refinement of details that translate into masterpieces of refinement and savoir faire. (Video available on facebook.com/GiorgioArmani).

The success of the Armani group

On 3 July Armani was appointed Ambassador of the World Tourism Organization, because with his work he contributes to guiding an important sector such as responsible tourism.

And again, just to limit ourselves to the last period, Armani received the “Fashion wears peace” award (made by master Gerardo Sacco) from the African Fashion Gate, in collaboration with the European Parliament for his commitment to fashion increasingly sustainable. Over the years, Armani has transformed and diversified his company, launching Emporio Armani to which other lines have been added such as Armani Jeans, Armani Exchange, Haute Couture but also hotels, restaurants and even a collection for the home, the Armani Silos, to host art. The Armani group continues to grow and produce wealth, creating jobs in the world. In fact, this year the designer won the Premio Parete for excellence in the field of economics. Armani will continue to dress women and men with his unmistakable Italian style. His limitless creativity will continue to amaze and enchant us. Best wishes King Georgio.