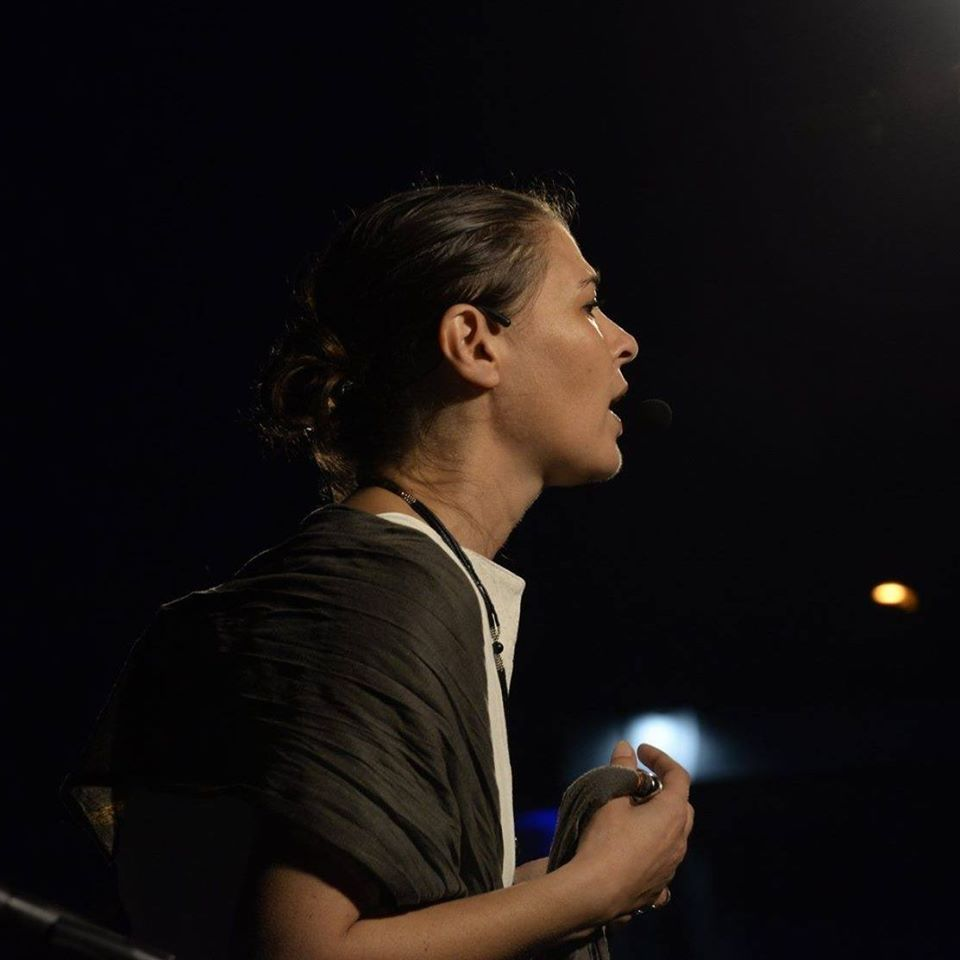 “My father would tell me that I am “n’alberu de volìa capisutta“- an upside-down olive tree – its roots are strong but they travel. “It sound not that I was unhappy in Zollino, but since I was a little girl I have been intrigued to find out how others live, how they see life. I graduated in foreign languages in Lecce”. This is how Manuela Pellegrino, an anthropologist who focused on Griko with a masters degree and a doctorate in anthropology at the University College of London, makes her debut. In her path she taught anthropology at Brunel University in London. Currently she is a fellow at the Center for Hellenic Studies (CHS, Harvard) in Washington with a project on protest movements against environmental crises affecting Salento and Greece. We will make a ‘journey’ with her to discover this important linguistic minority to be protected.

Manuela griko is “a dying language or a monument that lives”?

Griko does not die despite the chronicle of his death announced since it was ‘discovered’ by linguists in the nineteenth century. Languages are not people who die, nor species to protect. These metaphors applied to languages are misleading, obscuring the social dynamics that through troubled choices lead people not to speak or teach them to their children. I deal with language ideologies, ideas, visions, conceptions, perceptions, feelings that people express about Griko, specifically.

It is clear that these are multiple, that they change over time, interacting with the surrounding reality. There would be so much to add, but let me comment on Griko “as a living monument of Hellenism”. My Greek friends and aficionados of Griko often call it “ena zondanò mnimio tu Ellinismù”. For many of them the fact that Griko has ‘survived’ for a millennium or millennia becomes the proof of the value of Hellenism, the reason for national pride.

Montinaro argues that “almost certainly bilingualism was the tool that allowed griko to resist over time”. What does it mean?

Many mistakenly think that every modern nation-state has or has always had only one language. Montinaro rightly recalls the phenomenon of bilingualism; the linguist Fanciullo speaks of cohabitation, of symbiosis of Greek / Latin first and Griko / Romance dialect from the Byzantine period (historical bilingualism). This does not mean, however, a widespread, undifferentiated use of the two languages, or that local were all bilingual. Surely this prolonged contact has led the two languages to influence each other. Griko was indeed wrongly called ‘bastard’ precisely because of the influence of the dialect.

Manuela you are an anthropologist active in your field. But beyond your studies, how was Griko transmitted to you and what does it represent for you?

Actually I became an anthropologist to tell the story of Griko , first of all to myself. Anthropology has been a tool, but Griko remains first and foremost the voice of the people I love. I remember that I would in middle school I would transcribe the sentences my grandmother Lavretàna would say when she spent long periods living with us. My parents used Griko only when they didn’t want to be understood by me and my sisters; these episodes are common to many people.

However, I remember that I would torture my father in search of the Griko’s ‘rules’, imitating my French textbook. I then learned it as an adult, with my young old friend- Ndata Marianna, Antiminu – and with my parents. I then supplemented this by studying the various grammars. For over a decade, as an anthropologist, I have been writing about Griko, about its people, I take it with me and talk about it when I travel to conferences abroad. But to live it I just need to breathe it, to talk to my old friends and to Griko aficionados, but also to write poems and stories, and to recite in Griko.

Can you tell us a saying, a phrase, a song or a poem you have often heard in your family or that you particularly like?

This is a poem that my father Niceta (who left us in 2014) dedicated to her mother, my grandmother Lavretàna when she died (at the age of 104). It desbribes of his sadness as he passes in front of his mother’s house. He says that sometimes it seems to him that the door is opened, to see his mother with a baby in his arms and so his soul stops being sad. Iavènno sti strada / panta prikò / jatì ‘and’ torò / ‘i’ mànammu / echi tosso cerò / kamìa forà torò / ‘i’ porta anittì / mu fènete ka torò / ‘i’ mànamu / sta chèria ena petì / ce i scichèddamu / ‘en ene pleo’ prikì /.

How can Griko continue to live?

Languages are “breathed”, they live through people; people live with Griko. They do it by speaking, writing, acting, singing in that language, even discussing how to say something or how to write it. We can apprecciate Griko today also thanks to the documentation activity of Griko activists and aficionados; each village counts a few, even though they have contributed in different ways and times. It came to us through their poems, music. No one can deny that today Griko ‘survives’ as a language of communication for a minority in the minority, but it is also a cultural resource.

It is an instrument of cultural relations, beyond local borders. We approach Griko with time, each at one’s own pace, for a sort of affective echo. There are also those who are driven by intellectual curiosity, those who need to identify themselves. Nowadays there is a widespread interest in minority languages, there is couriosity around them. I hope that nobody falls into old traps that would lead to language commodification, and / or to a false or misleading representation of reality. Let Griko re-sound, as I glossa pu simèni can do!

Are there any Griko safeguard projects?

Activists and aficionados have engaged with Griko throughout time , cultural associations since the 1970s. Since the national law 482 of 1999 and the regional law of 2012, the projects have been increasingmultiplied. But what  the ‘safeguard’ of Griko means or what this entails  it, is the topic of heated (ideological) debates. It is  debated who holds authority over Griko and how to define it; how to teach the language, how to write it / transcribe it, if and how to enrich its vocabulary. Who writes it is accused of not speaking it, who speaks it is reproacheded when not a native speaker. In short, Griko unites, but it can also unfortunately divide, igniting parochialism, envy, conflicts over access to resources – material and symbolic – that it offers.