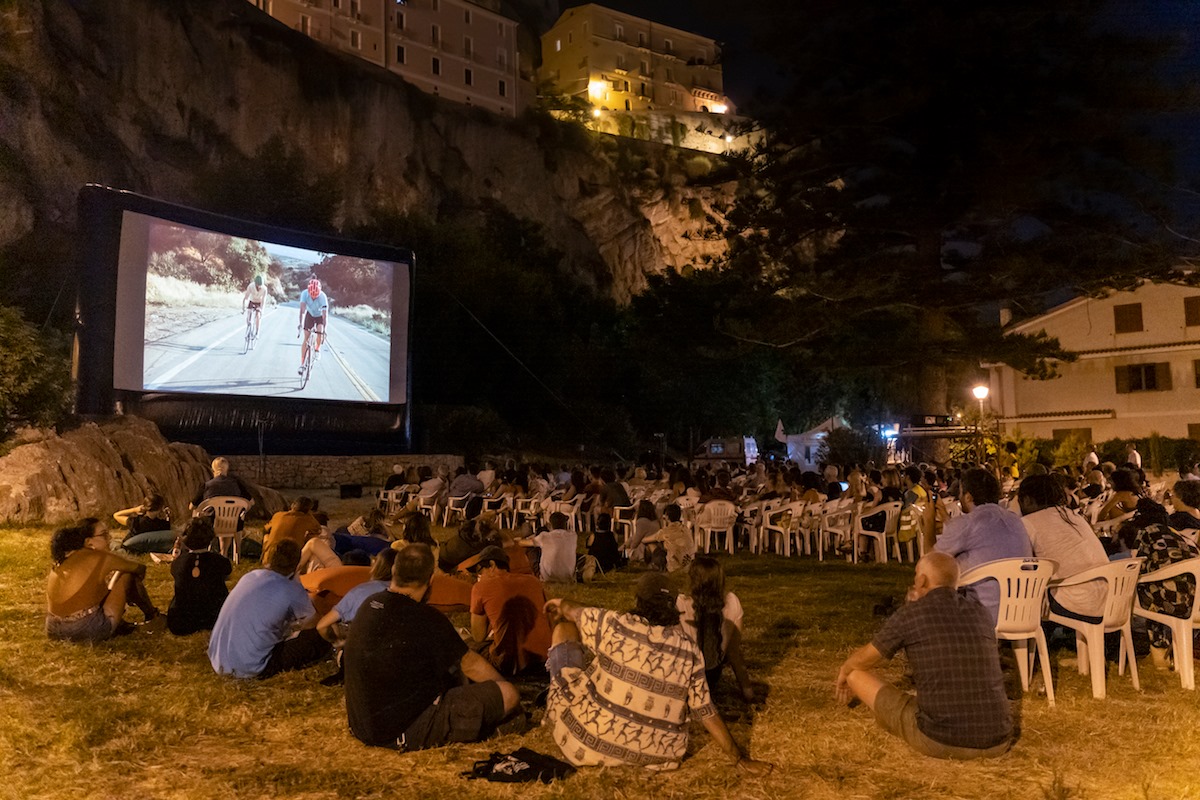 La Guarimba and its guarimberi return to make the Calabrian public dream. From 7 to 12 August in Amantea the eighth edition of the short film festival reopens its doors.

Everything is possible in Calabria. This is what we read on the official website of the Guarimba Film Festival. And also this year, when many cinemas have not yet reopened to the public due to the emergency, the international short film festival returns to excite its loyal audience. The goal of the event is to bring cinema back to the people and people to the cinema. It seems that their commitment has largely paid off.

They also accompany this dream with the promotion of the territory, participation, integration, personal care, accessibility and respect for human rights. But what does Guarimba mean? It’s a word used by the Venezuelan Indians which means “safe place”. So the festival is a safe place, a landing place, to tend to, to find yourself, get excited and learn about new and different realities. For the organizers La Guarimba is a life project, not just a few days’ festival. It’s a path organized daily by creating contacts and bonds.

Thanks to the large space made available by the municipal administration of Amantea in the province of Cosenza, the festival will also have a very interesting program this year. The eighth edition will bring people back to the cinema after the lockdown, an initiation rite after difficult months. Thanks to important sponsorships, to the support of MiBACT, of various international embassies, it was possible, as the organizers underline, to be able to set in motion and involve as many directors and short films as possible, also guaranteeing compensation for the workers, staff and cultural operators.

For the directives established for the health emergency, concerts, social lunches and meetings will not be held. The latter have been replaced by video conferences which have been staggered and scheduled as early as June. A return to the origins, necessary, as when in 2013, with the first edition, this great festival that is known all over the world was born.

This year’s program includes a very careful selection of short films. 160 short films in competition that will be screened during the evenings of the festival. Coming from all over the globe, the shorts aim to capture the differences, the points of view, the multicultural heritage present in every corner of the planet. The shorts are, as always, divided into sections. Fiction, Animation, Documentary, are the historical sections, which have always been present in Guarimba. Over the years, the b section has been added to these. 10 video clips in competition.

We will also approach new and experimental languages with 5 short films linked to the Insomnia section. A container of courageous proposals and new languages. Furthermore, the festival has always had a language that is attentive to the major current issues. The MigrArti section, linked to emigration, especially of second generation Italians. There will still be excitement with Americania, a section of short films shot in New York and around the world during the lockdown.

A careful look at the little ones

Special section is Karmala with which they want to give visibility to African cinema and which this year will also be a tribute to the Senegalese director, composer and actor Djibril Diop Mambéty. Next to the festival dedicated to the “grown-ups”, there will be the “Grotta dei Piccoli”, 100 animated shorts made in collaboration with UNICEF Italia. A way to bring children closer to cinema and also important topics. There will also be shorts with an environmental theme dedicated to the little ones. As every year, the poster is made by Mikel Murillo, following the ecological theme dear to the festival.

The guarimbera monkey, symbol and logo of the festival, saves itself from the waves by taking video cassettes to safety. This image fully embodies the spirit of the festival and in such a complicated moment it could not be represented otherwise. The complete program and the activities planned during the Guarimba International film festival can be found by visiting the festival website www.laguarimba.com or on the festival’s Facebook page.