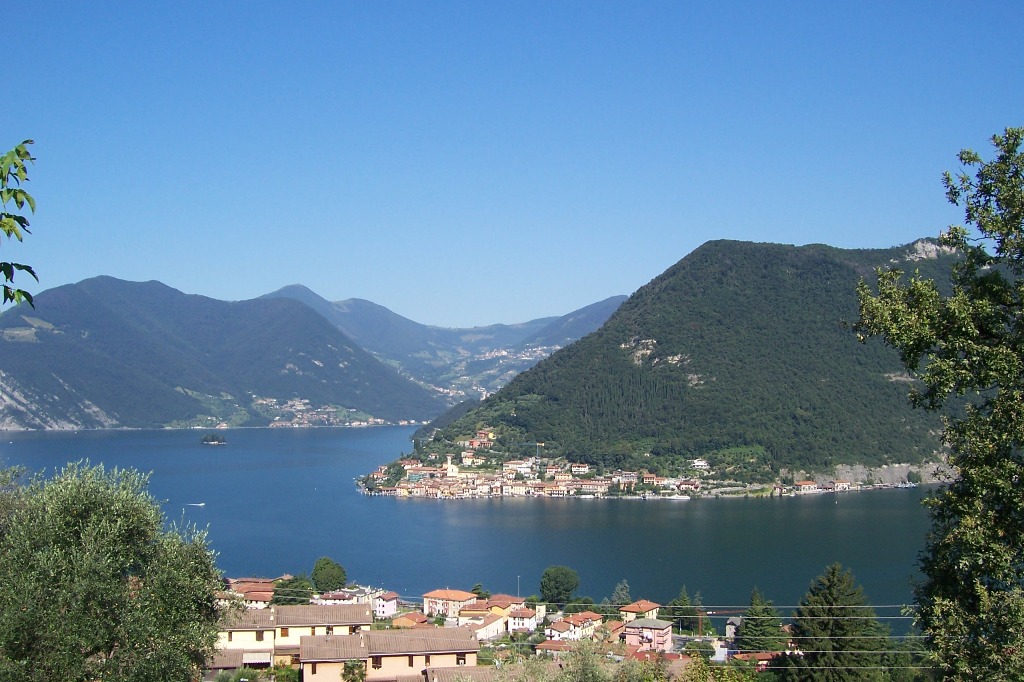 In the middle of Lake Iseo: discovering Monte Isola

At the end of the Val Camonica, the Oglio wedges itself in the mountains and leaves its waters to relax before resuming its journey: here is Lake Iseo also called Sebino, one of the largest in Italy. In the middle of its basin is Monte Isola, which seems to emerge from the lake with its green sides on which small villages are nestled.

The island in the lake …

When one speaks of islands and one thinks of their nature, the scent of the sea and the movement of its waves inevitably resound in the mind. We often dream of being on a lost island who knows where and enjoying the silence surrounded by the blue waters. Clear and crystalline waters that let the eye penetrate to the end. But there are islands that are not found in the sea but enclosed in a lake.

In the northern part of the Italian peninsula, in the Lake Maggiore there are the Borromean Islands, perhaps among the best known; in Lake Iseo, instead, in Lombardy, here is Monte Isola. The name clearly recalls its condition of ‘island’ and evokes its altitude: a mountain that rises from the lake. And here is a fantastic landscape, far from the sea and in the heart of a very suggestive landscape. In a short time here you can move from the ‘shores’ to the ‘mountain’.

From the coast to the mountain

The island, located in Lake Iseo, in the province of Brescia, is the largest among the Italian lake islands and the only one to be autonomous municipality: Monte Isola or Montisola. It is also the most inhabited with a population that exceeds 1700 inhabitants. Moreover, among the European lake islands, although not the most extensive, it is certainly the most important in terms of height: the highest point reaches 600 meters above sea level.

On the top of the mountain is the Sanctuary of the Madonna della Ceriola. Until 1928, the island was administered by two different municipalities: Siviano and Peschiera Maraglio. The following year they joined and formed the new municipality of Monte Isola or even Montisola. To the south and north, there are two islets: those of San Paolo and that of Loreto, forming with the much larger Monte Isola, a small archipelago kept in the waters of Sebino.

The Municipality of Monte Isola embraces the territorial surface of the whole island. It also includes the two small islands of Loreto and San Pietro. There are several inhabited centers that have developed over time each with its own history. On the shores of Lake Iseo there are some inhabited areas with their small port that allow the connection with the mainland on the Brescian and Bergamasque shores. In particular, Peschiera Maraglio is connected with Sulzano while Carzano with Sale Marasino.

Next to the coast are also Sensole and the Port of Siviano. The island, however, quickly climbs upwards, and here in the hilly area, gently lying on the sides of the island: Siviano and Menzino. And going up again, in the higher areas, you meet other pretty inhabited areas such as Masse, Senzano and Cure. The latter, in particular, is the closest to the Sanctuary of the Madonna della Ceriola.