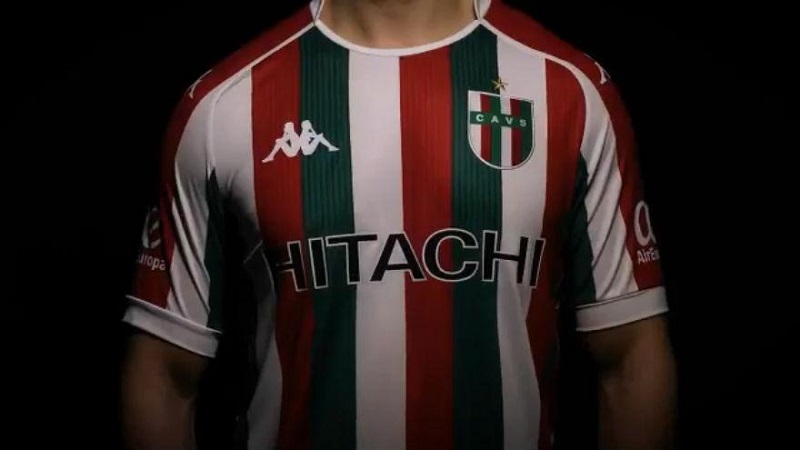 Jersey with the tricolor to remember the origins of Vélez Sarsfield

The bond between Italy and Argentina, especially in the last century, has become very deep thanks to the large number of emigrants who left Italy to move overseas. It is estimated, in fact, that in the South American country more than 50% of the population has Italian origins or ancestors. The city where our local presence is greater is the capital Buenos Aires, and even soccer teams often have Italian roots. Boca Juniors and Vélez Sarsfield, for example, were founded by our fellow villagers and the latter club decided to honor Italy with a jersey with our Italian flag.

In the past Vélez Sarsfield had already honored our country with a uniform linked to the country of origin of its founders. This time, however, more has been done. The company, in fact, chose a jersey with a plot with the Italian tricolor, calling it La Vera Italiana. Even the club’s emblem, for the occasion, has returned identical to the original one, which recalled the Belpaese flag. The uniform, the alternative to the white and blue canon, is made by Kappa. This Italian brand dresses, among others, the players of important clubs in our country such as Turin and Naples. The choice of an Italian-style uniform was meant to be a tribute to the area that saw the birth of the company, Villa Luro y Liniers, which at the beginning of the 20th century housed a very thick local colony.

The shirt was worn during the internal match with the Tiger. The debut, in reality, was not very fortunate, since the Vélez did not do justice to its public and the name of its stadium (renamed El Fortín to celebrate its alleged inviolability) losing two to one. The result, however, was only a marginal fact of a day of celebration that saw an entire fan base celebrate its Italian origins.

At the stadium Josè Amalfitani, from the name of the historic president of the club, of clear local origins, it was seen, in fact, a real feast of Italianness. In some sectors of the stadium pizza could be bought and at the event the Consul General of Italy Riccardo Smimmo, the Consul of Buenos Aires Gianluca Guerriero, the president of the Comites of the capital Dario Signorini and other Italian institutional figures were present. During the course of the match the official speaker of the company also spoke in Italian, while on social media all posts were written in our language.

An initiative, therefore, that confirmed the will of Vélez Sarsfield to remember the foundation and the first years of the company, founded 109 years ago. Already after six years from its birth, March 14, 1916, Vélez made the use of the Italian camiseta official.
In the statement that the club issued before the match with Tigre, finally, it was written that maintaining and strengthening a strong bond with the Italian community “is an objective that has always motivated the club”.