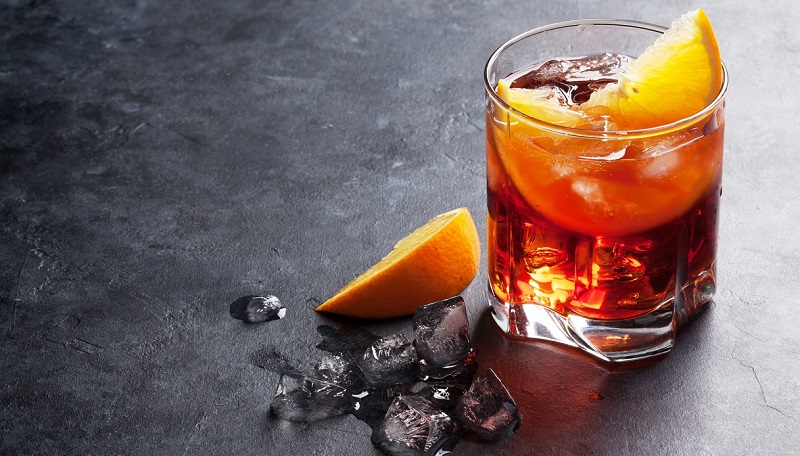 Negroni, the all-Italian drink that likes in the USA

It is considered one of the best cocktails, especially in summer. So much so that even the New York Times, who elected him “Summer Elixir”, noticed it. What are we talking about? Negroni, considered a good drink to be enjoyed alone or in company. Its secret? Well we can say that it is a drink that combines a long tradition with the innovation of new preparations. But above all it is all Italian and with its own history behind it.

The 100 years of the Negroni, Italian drink

It must be said that the celebration of the prestigious American newspaper does not come by chance. In fact, this year the Negroni celebrates 100 years. This is why the New York Times dedicated a detailed article to him, to celebrate this anniversary and to christen it as “the perfect cocktail for 2019.” A praise that then comes a few weeks after an authentic slating by the American newspaper. Only in May the New York Times had considered the Aperol Spritz not a good cocktail: all this had sparked a veritable revolution among the social networks, but this year the celebration of the Negroni. We reveal the motivations.

The appreciation from the USA

It was defined by the American newspaper “The perfect cocktail for 2019”. And there to praise it. We talk about the “refreshing but also loving qualities of the drink”. The fact that it is composed of Campari, vermouth and gin. “The perfect elixir for a summer afternoon” considers it. And then what better praise than that of Orson Welles who tasted it in 1947 while he was in Rome, for the filming of “Cagliostro”. “The bitters are good for the liver – he said – gin is bad. They balance each other “.

The centenary of the Negroni also celebrated in America

So to celebrate this important milestone, there will be a special event in America. In fact, at the end of June the centenary will be celebrated with a “Negroni Week”. A charity initiative. The bars and restaurants will mix Negroni for charity and solidarity. From the kitchens for the homeless in San Francisco, to the shelters for abandoned animals. Then moving from the Lambda Legal for gay rights to the Colorado Water Trust to defend the environment.

The long history of an all Italian drink. How the Negroni is born

According to tradition it was Count Camillo Negroni who invented it. He was a figure of the Florentine nobility. It is said that in 1919 the aristocrat returned from the Wild West and asked his friend Fosco Scarselli of the Casoni grocery store in Via Tornabuoni to “strengthen” the usual American. It was a cocktail of vermouth, bitters and soda. He pointed to the gin bottle. The barman then replaced the soda with the liqueur, and the lemon zest with the orange slice.

James Bond is also remembered together with Orson Welles. In the Risk episode of the collection “Only for your eyes” he gives up his traditional Vesper Martini for a Negroni. The film is from 1961: Bond is in Rome and while waiting for a secret agent to meet he orders a Negroni, also specifying the name of the gin, Gordon’s.

For a good Negroni you need 3 cl of gin, 3 cl of Campari, 3 cl of red vermouth. Then pour all the ingredients directly into the Old fashioned glass filled with ice. Stir and then decorate with half an orange slice. Enjoy it!