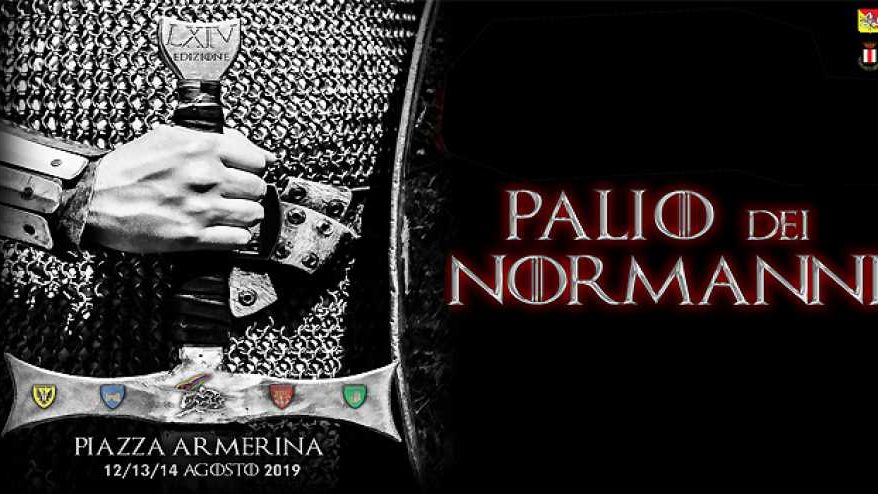 Palio of Norman: in Armerina square we return to the past

Palio of Norman is a name that seems to belong to a distant past. But will it really be like this? There is a place in Sicily where for three days you go back in time, between ladies and knights, equestrian competitions and period costumes. To take a dip in the past you have to go to Piazza Armerina, in the province of Enna, where you can relive the medieval magic in this festival to be discovered. Here is the story of a tradition that has lasted for centuries and has never lost its old-world charm.

Palio of Norman: yesterday and today

Armerina square dresses in a medieval theme in the days between 12 and 14 August. Every year there is great expectation for the traditional Palio of Norman, which represents one of the oldest festivals of the Sicilian hinterland. Its origins have a connection with history and religion, which are intertwined to create one of the most evocative customs of Italy. Over the years it has been enriched with those typical features that make it so special today. His first name was “The Cavalcade”. Then, starting in 1952 it became the Palio of the Normans and that’s how everyone knows it now in Sicily.

To discover the origins of the medieval festival we must return to the past at the time when the Saracens occupied Sicily. But after 150 years of predominance, in 1061, at the hands of the Normans, the island was finally liberated. And it was Ruggero d’Altavilla who brought to Armerina Square a banner with the effigy of the Madonna delle Vittorie, the most holy protector of the city. And it is to her that the medieval celebrations are dedicated, which leave the place on the day of August 15th to the religious solemnities with a lot of procession and fireworks.

During the Palio of Norman, Armerina square sees parading in its streets in costume, which for a few days enliven the tourists who came to the medieval event with rides and shows. The first day begins with the traditional ritual of delivering weapons to the knights, followed by the blessing. The second day the figure of the liberator of Sicily is honored: a procession recalls the entry of the Normans with Ruggero d’Altavilla at its head, to whom the keys of the city are symbolically given. Then, on the last day, instead, the “Quintana del Saraceno” takes place, a tournament on horseback, where the 4 historic districts challenge each other in skills tests.

Surrounding the rides and parades is the Mad Fest, with street artists entertaining the audience, jugglers who entertain children and even the fortune teller ready to reveal the secrets of your future. And the music is obviously Celtic and medieval. Moreover, there are plenty of fireworks that color the sky of Armerina Square in these days of pure magic. Even the typical dishes offered are reminiscent of the cuisine of the Middle Ages, because the Norman Palio is a festival capable of stopping time and bringing it back to distant centuries, where one can relive the atmosphere of the past without thinking about the present.