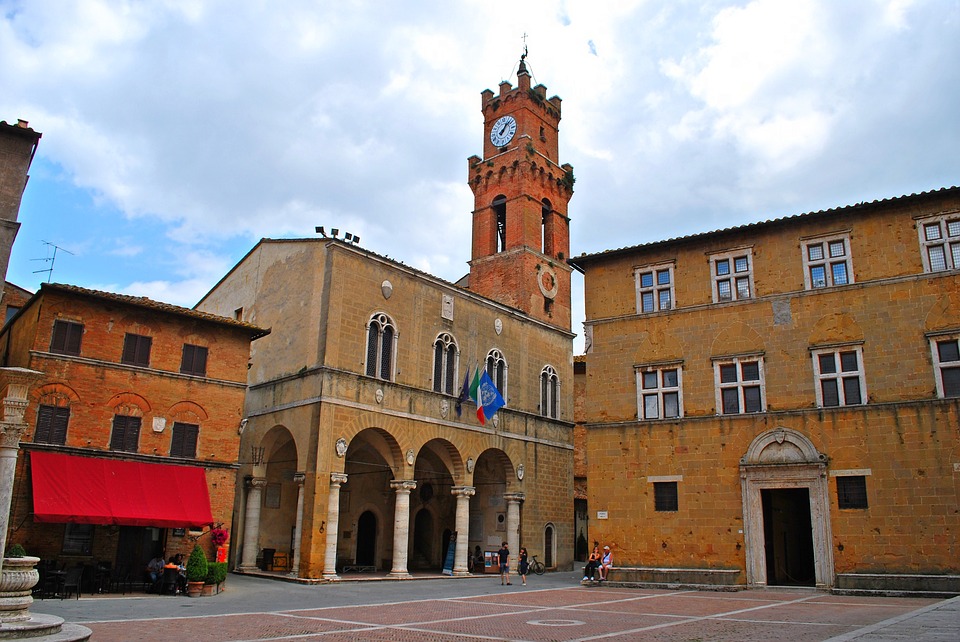 Pienza, the ideal city of the Renaissance in the heart of Tuscany

Pienza is called the “Ideal city of the Renaissance” and is one of the most suggestive places in Tuscany. The beautiful village, an UNESCO heritage site since 1996, is located in the heart of the Val d’Orcia between Montalcino and Montepulciano south of Siena. The town is the most authentic expression of the urban canons of the Renaissance period. For the rational organization of spaces and for the prospects of squares and palaces of the sixteenth century.

“Pienza, born of a thought of love and a dream of beauty”, was how the poet Giovanni Pascoli defined it for its unique features. The Tuscan town is very famous and is visited every year by many tourists from all over the world.

Pienza takes its name from the great humanist Enea Silvio Piccolomini who later became Pope Pius II. The scholar then ascended on the throne of Peter, transforming his native village, Corsignano, into a town that embodies the principles and philosophy of the classical age and of the great Italian Renaissance. Piccolomini entrusts the project to the architect Bernardo Di Matteo Gambardelli known as il Rossellino, under the guidance of the great humanist Leon Battista Alberti.

In just 3 years, a series of beautiful buildings was built, including the cathedral, the papal residence or Piccolomini Palace, the Municipal palace, and the central square. Therefore Pienza takes its name from Pope Pius II, who died prematurely in 1464, not having time to carry out other works.

The cathedral of Pienza is dedicated to Santa Maria Assunta, a church characterized by the Franciscan Gothic, harmonized with the Renaissance structure of the sacred building. The Municipal palace was the residence of the Priors and has the façade adorned with the coats of arms of the Mayors who lived there. In the Council Hall you can admire a fresco of the Sienese school of the fifteenth century depicting the Madonna with Child. And the patrons of Pienza which are San Vito, San Modesto and San Matteo.

The Episcopal Palace, also called Borgia Palace, is always on the main square of the village and houses the diocesan museum. Piccolomini Palace, next to the cathedral, completes the ensemble of the historic buildings of the magnificent square. Annexed to the building there is an enchanting hanging garden with views of the Val d’Orcia and Mount Amiata.

Palio of “a cheese to the spindle”

The most famous typical product of Pienza is certainly the cacio a particular cheese. It is a type of pecorino cheese that can be tasted in different variations: delicate, spicy and seasoned. In honor of this delicious product, the inhabitants of Pienza celebrate the “Palio of a cheese to the spindle”, scheduled for the first week of September in the main square of the village. The prize consists in placing a spindle in the center of the square and then some concentric circumferences, of ever greater radius and lower score, are placed starting from the spindle. The participants of the six districts of the Tuscany area have three chances to roll the cheese as close as possible to the spindle and win the prize.