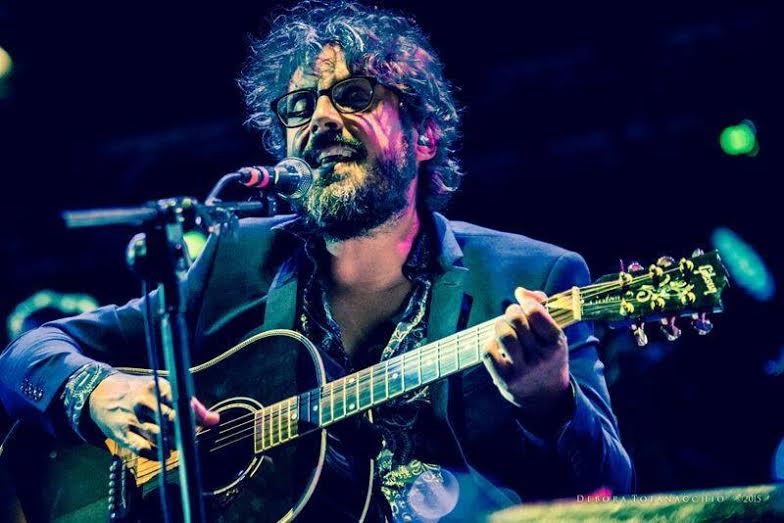 Tenco 2020 Award: the best album ever is Cip! by the singer-songwriter Brunori Sas. The artist won with 56 votes after winning the prize for best single song in 2017 with “La verità“. A very important prize for the Calabrian songwriter who began to impose himself on the music scene in 2009 with the album Vol.1.

The organizers of the event have announced that given the ongoing health emergency and the restrictive anti-contagion measures, the plaques will be delivered in November. The award ceremony will be held during the 2020 edition of the Author Song Review (Tenco Prize), scheduled at the Ariston Theater in Sanremo.

Brunori Sas is the pseudonym of Dario Brunori musician and songwriter as well as record producer, born in Cosenza 43 years ago. Cip! is his fifth album, released last January for the Island Records label. The release of the album was anticipated by the two singles Al di là dell’amore and Per due che come noi. And the album that contains nine other unreleased tracks is going very well too. Really a great success for the Calabrian artist who also signed the soundtrack of Odio L’Estate, the film by Aldo, Giovanni and Giacomo, released in theaters last January. Cip! has been recorded between Milan and Calabria.

The album is produced by Taketo Gohara who collaborates with artists such as Vinicio Capossela, Negramaro, Elisa and many others. Brunori is a singer of our times: melancholic when there is a laugh, ironic and almost hilarious when sadness invades and pervades every moment of existence. His style has a social and not openly political imprint like that of some ‘giants’ Italian songwriting. With the Premio Tenco, he won a prestigious recognition that sealed his long artistic career and assigned him a well-deserved place among the greatest musical authors in our country.

An award that bears the name of the great Luigi Tenco

Premio Tenco is a tribute to the great Luigi Tenco, the singer-songwriter who died suicide during the 1967 Sanremo festival. Complex personality, life tormented and worn out by a deep existential crisis and never won, Tenco remains one of the leading figures of the Italian songwriting. Loved and appreciated also by the younger generations, the painful soul present in his songs is a ‘manifesto’ for existentialists of all time.

Since 1974, in his honor, the prize bearing his name has been established and it’s given on the occasion of the Sanremo songwriters’ review, organized by Club Tenco. Premio Tenco is a career recognition for artists who make an important contribution to the world’s songwriting. Since 2011, as part of the review, the best records of the year have also been awarded with the prestigious Targa Tenco by a specialized jury.

Premio Tenco 2020, the other winners

Among the other winners of this 2020 edition there is also Tosca with two awards: the one for the best song with Ho amato tutto and the one for best song performer with Morabeza.