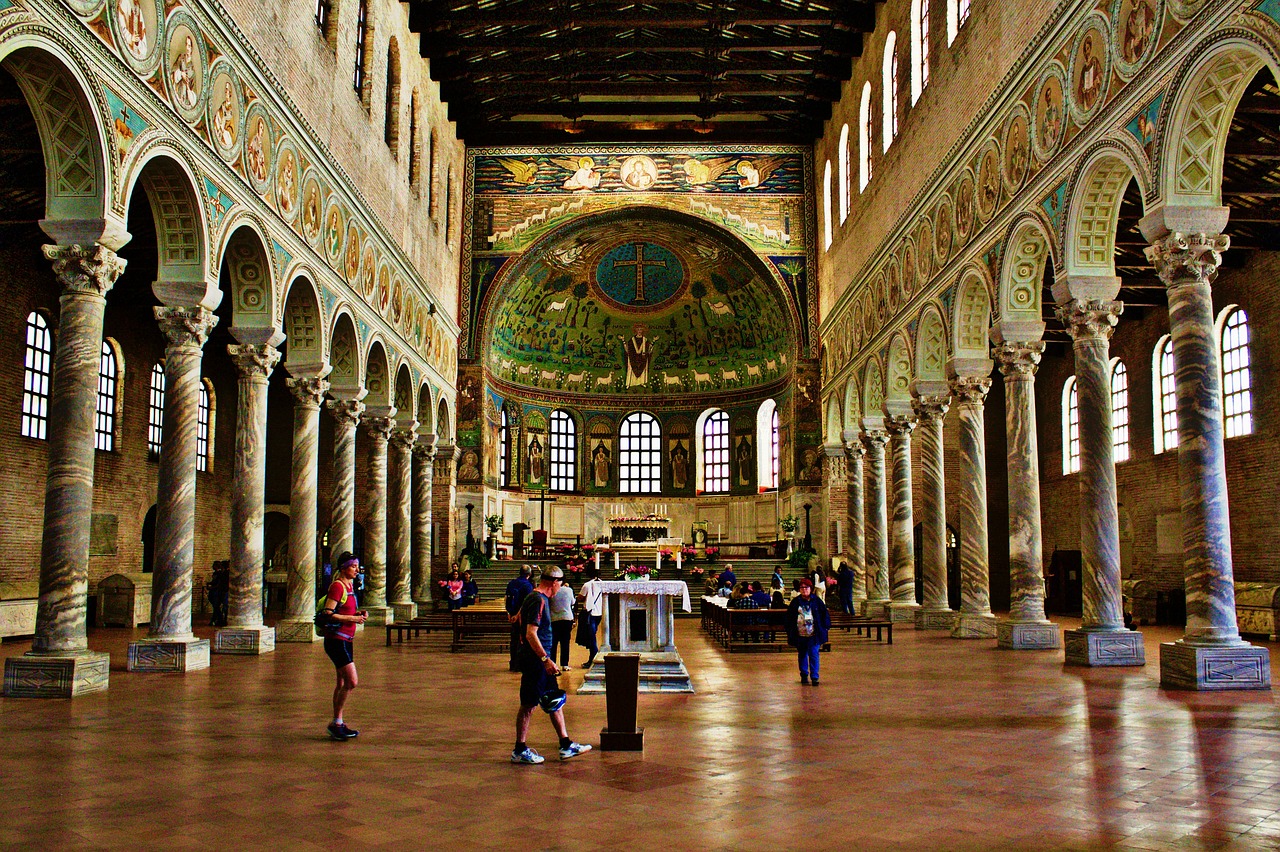 Ravenna: the city of the mosaic that inspired Dante

Fot three times it has been capital of three important empires. The city of Ravenna still retains its charm as a child of its history. Decanted by poets and writers for its cultured and refined elegance, it was a link between the western and eastern worlds. Place of meeting and fusion of cultures, here are still today numerous examples of Byzantine art. Famous above all for its mosaics, Ravenna illuminated the mind of the Supreme Poet.

Small lagoons interspersed with marshy land. This is the territory that lays the foundations for the glorious history of Ravenna. It is in fact its naturalistic conformation that makes the city choose as the center of the Western Roman Empire. We are in the 4th century AD when there is a need to protect from the threats of the Visigoths. Thus the title of capital leaves Milan in favor of the “swampy” but more secure Ravenna. The fall of 476 leads the territories to uncertainty. Barbarism, raids, destruction and new conquests. In the sixth century Ravenna became the beating heart of a new Kingdom, that of the Ostrogoths led by Theodoric. But Justinian, the Roman emperor of the East, does not fit. Eager to re-establish control over “Italian” territories, he moved on to attack. And so, for the third time, Ravenna is raised to capital. On this occasion of the Byzantine Empire.

Cradle of the mosaic

Among the monuments of the city, the paleo-Christians certainly stand out. Buildings built during a period of different religious inclinations. An example is the Orthodox Baptistery. Built at the end of the 4th century, it has an octagonal shape and holds beautiful mosaics in the dome. In the Ostrogothic phase of domination, the Arian Baptistery was born. Made on the model of the previous one, it distinguishes from this above all for the traits of a more markedly medieval art. Golden colors and precious pigments reinforce the supernatural, heavenly and sacred aspect of the divine dimension.

But let’s continue the tour of the mosaics. Moving from baptistery to funeral monuments. This is the case of the mausoleum of Galla Placidia. A woman of considerable importance is the regent mother of the future emperor Valentinian III. And it is in the current historic city center that the mausoleum in question is located. The funeral monument wants to express the triumph of life over death and to do so it uses golden icons that seem wrapped in a mystical aura. On the line of the commemorative buildings there is also the mausoleum of Theodoric. How can we forget the churches of Sant’Apollinare and San Vitale? Masterpieces of the mosaic where brilliant chromatic tones surrounded by golden fields generate a spirituality so pure as to seem unattainable to the common mortal.

The Great Poet father of the Italian language finds rest right here. It is in the city center that the mausoleum of Dante Alighieri rises next to the Basilica of San Francesco. Born in Florence, he spent the last years of his life in Ravenna where he died in 1321. The square-shaped tomb is located inside an eighteenth-century temple in full neoclassical style. The importance of the Poet has led to the establishment of the so-called “Dante area”. An area where please keep silence as a sign of respect. But why did Dante go to Ravenna?

The answer lies in the feeling that one feels when one visits such a peculiar city like this. Enveloped in the golden mantle of its mosaics Ravenna welcomes visitors in an atmosphere of almost idyllic serenity. The pure spirituality spread from art to small tesserae was perceived by Dante himself. And it is precisely in this framework that the Poet finds the right inspiration for the conclusion of his Divine Work. Dante’s Paradise.