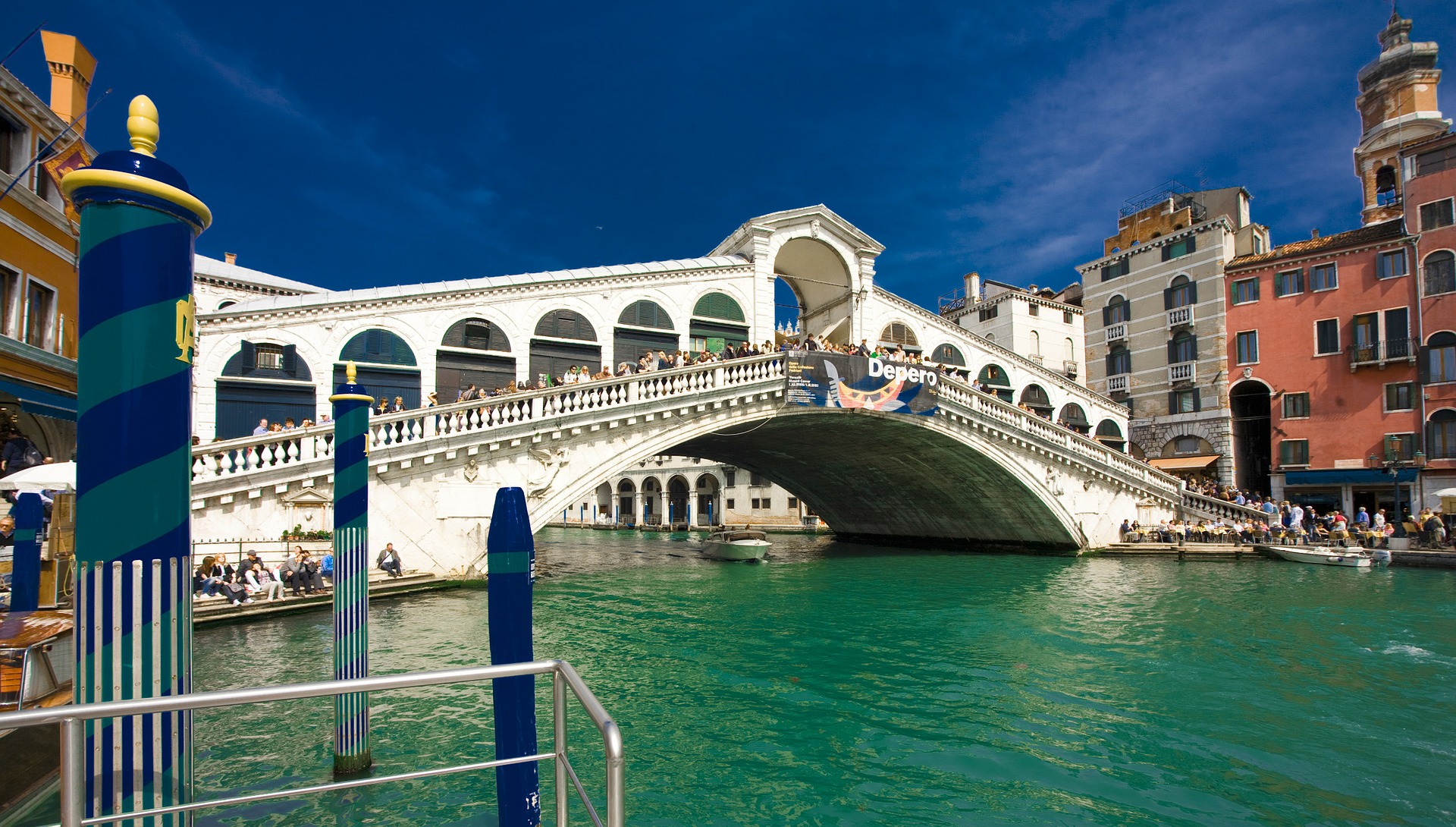 Rialto Bridge, one of the symbols of Venice

Legend has it that it was a simple bridge of boats, curiously called “Quartarolo – explains the Venetian art critic Giulio Lorenzetti in the guide Venice and its estuary – derives from the small coin that was spent to cross it”. We were in the late twelfth century, in Rialto, one of the oldest areas of the city of Venice. “Where – it is always Lorenzetti who enlightens us – since the most distant times, Venetian life and commerce took place with greater intensity”. And where the Grand Canal divided two important sides, “Citra et ultra Canalem”. A connection was needed to connect the two large areas of the city and, at the time, this was the only stable connection that can be traveled on foot in an urban context made up of islands and where people used to move mostly by boat.

From wooden bridges to the current Istrian stone bridges

Less than a thousand years have passed since then. Under the Rialto Bridge the water of the Canalazzo flows quietly and rich in history. It has a lot to tell because there are many events linked to the heart of the historic center of Venice.
Beginning with that conspiracy of Bajamonte Tiepolo, in the early 1300s. The conspirators, retreating, broke the poles that supported the wooden structure to take time and cover their tracks, barring the way for the doge’s troops.

Still in the historical sphere, in 1444 the Marquise of Ferrara, Leonello d’Este’s wife, passed with a boat under the Rialto Bridge. Under the crowd who came to see the procession and the marquise, the bridge collapsed. It was rebuilt larger, drawbridge and with the characteristic goldsmith shops in the center, but it was still a wooden bridge. Other problems and new collapses are inevitable. In the mid-sixteenth century it was decided to built it using stones. Names such as Michelangelo, Andrea Palladio and Jacopo Sansovino participated in the ideas competition. But it was only in 1588 that Antonio Da Ponte’s project, that proposed the current single arch, was chosen. It was completed in 1591, under the doge Pasquale Cicogna who “left” his coat of arms on the four sides of the bridge.

The most famous of the four bridges on the Grand Canal

The Rialto Bridge is the oldest, and certainly the most famous, of the four bridges (the others are those of the Accademia, degli Scalzi and della Costituzione) which cross the Grand Canal. It was the only one until 1854. It’s made of Istrian stone, divided into three access ramps, with two rows of goldsmith shops connected to each other, in the center, by two large arches. Its arch is 28 meters wide at the base and is seven and a half meters high.

It’s certainly one of the symbols – perhaps the best known ever – of the city of Venice. As well as a passage structure to cross the Grand Canal, it’s an extraordinary point of view to admire this waterway – with the banks and the beautiful buildings that surround it – about halfway along its path. On one side, the stretch of San Marco, La Salute, the Accademia, Ca’ Rezzonico. On the other side, we head towards the railway station, passing through the Fontego dei Tedeschi, the Ca’ d’Oro, Ca’ Pesaro, Ca’ Vendramin Calergi… Obviously, all these historic buildings cannot be seen from the top of the Rialto Bridge, but one clearly has the idea of the majesty that characterizes the Grand Canal and its most famous bridge. An extraordinary point of view on Venice and its most beautiful and best-known waterway in the world.

Important restoration of the Rialto Bridge three years ago, funded by a Venetian businessman

In the almost five hundred years since its construction, the bridge has undergone numerous restorations and alterations, but not as important as that which ended just over three years ago and funded by the owner of Diesel, the Venetian entrepreneur Enzo Rosso. A restoration that lasted about two years, costing 5 million euros and which partially closed the bridge, without ever blocking it completely. Allowing the coming and going of tourists and citizens that has always characterized it and that was only paused during the lockdown imposed by the Coronavirus.