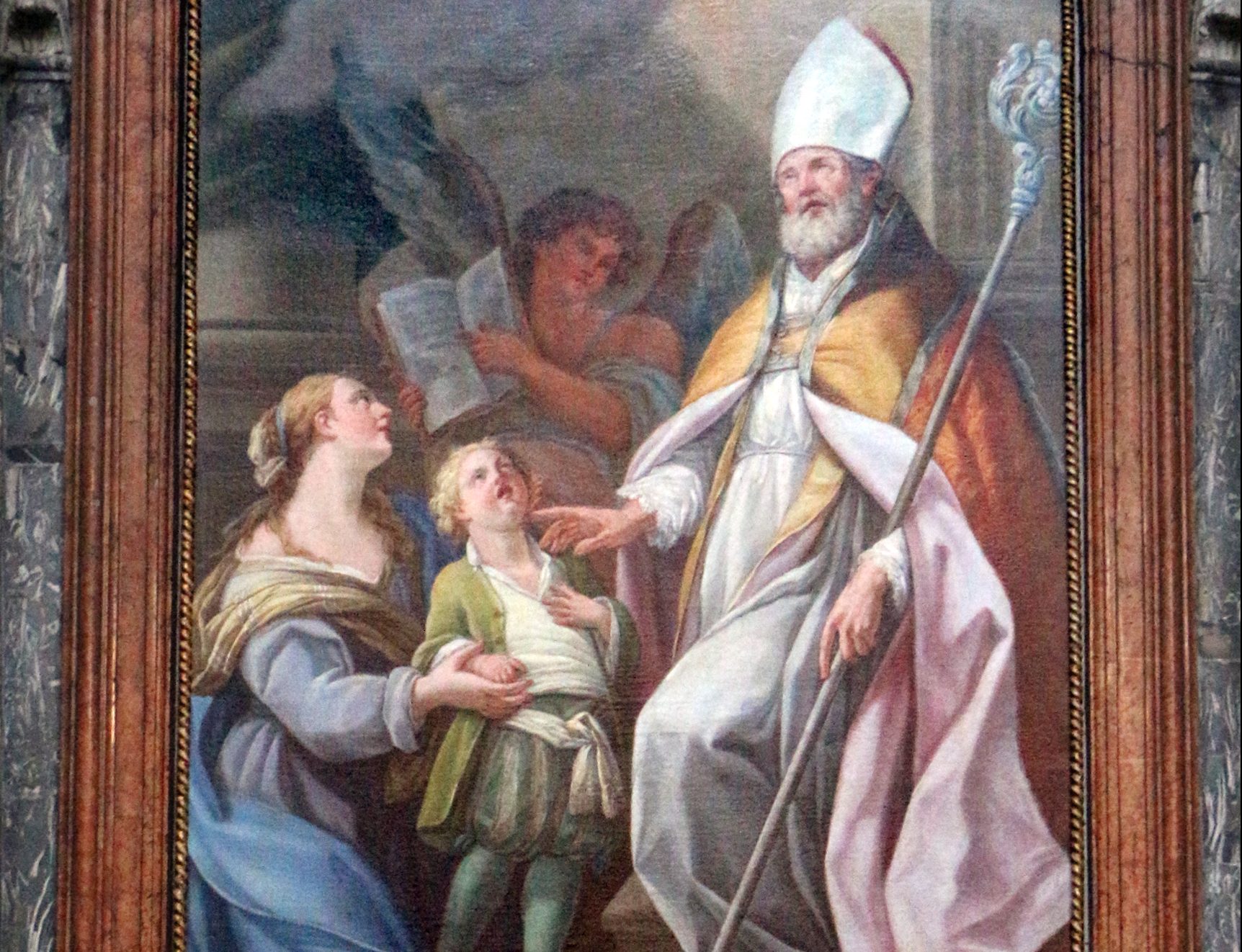 February opens with a festival dedicated to the cult of a saint very dear to the Christian faith. Between the West and the East, venerated both by Catholics and by the Orthodox, is Saint Biagio the Saint, to whom the date of 3 February is honored. A devotion that finds its roots in distant times, losing itself among legends and miracles spread everywhere in our peninsula. So let’s try to follow the traces of his story.

The few news that you have of the life of the Saint are mostly the result of a long oral tradition handed down over time. Testimonies told and then collected in the written text of Camillo Tutini who speaks to us of the life of San Biagio. Originally from Armenia, the Saint was a physician and bishop, combining the scientific knowledge of the age with faith. His works of healing are said to be guided by the hand of Christ and for this reason defined miracles attributed to his person. But the goodness of the saint soon found the contrast of the contemporary society. He was persecuted by the Romans because of his belief, dying only three years after the Edict of Constantine, which recognized freedom of worship. Son of his time and a society still devoted to polytheistic worship, San Biagio suffered numerous physical punishment. Among these we often remember the martyrdom that saw the use of iron combs to card the wool. He died beheaded in 316 AD.

San Biagio is part of the so-called “auxiliary saints” or those saints invoked for the healing of particular evils. Indeed, let us remember that he was a special physician because he was guided by the hand of Christ. Numerous then the miracles attributed to his own healing abilities. The best known is certainly that referred to a young boy who had ingested a fish bone stuck in his throat. It is no coincidence that San Biagio is considered the patron saint of winter sickness, especially of sore throats. We will then easily understand why in many cities of Italy on February 3rd there is a special blessing that has several breads and desserts as protagonists. Soft food better if stuffed with breadcrumbs in the case of bread and foamy if it comes to desserts. But what do these foods have to do with the throat? It was said that the soft consistency helped to buffer the bleeding of the sore throat.

That’s why in Milan, on the day of San Biagio, the blessing of the remnants of the Christmas panettone Ctook hold. So in the city of Milan it was said: “San Bias el benediss la gorge e el nas”. A tradition that continues today and that presents some variations. In Lanzara, in the province of Salerno, it is used to prepare special meatballs, called precisely “polpette di San Biagio”. In Abruzzo, the panicelle are cooked, the loaves in the shape of a hand to remember the moment when the saint placed his miraculous hand on the head of the boy who had ingested the fish bone. Molise also follows an analogous tradition by packaging the colaci, round cakes and pandice, breads of San Biagio.

The mystery of the Basilica of San Biagio

San Biagio is the patron saint of the city of Maratea where the basilica in which its relics are kept is located. The sacred building stands on top of Mount San Biagio, where the ancient Maratea is located. Tradition says that originally there was a temple dedicated to the Goddess Minerva but there is no archaeological evidence to confirm. Today we can admire a basilica composed of a presbytery, considered perhaps the nucleus of the church, the naves, the façade and the bell tower. But it is definitely the Royal Chapel the most important part in devotional terms. Here in fact the urn is kept with the relics of the Saint and always here the prodigy of the “celestial manna” was performed. It is said that the walls of the chapel dripped a yellow liquid that the faithful gathered to treat the sick. It was then that the future Pope Pius IV, in 1563, recognized this liquid as a welcome and unexpected blessing offered by Saint Biagio to the devotees.

But it did not end here. On either side of the chapel is a cannon ball left unexploded during the attack on the ancient Maratea castle in 1806. A special event soon attributed to the saint’s ability to perform miracles. But why are the relics of San Biagio in Maratea? It seems that they arrived here in 723 with a load that from Sebaste, now a Turkish city, had to reach Rome. A violent storm, however, surprised the special transport that stopped at Maratea where it remained forever.