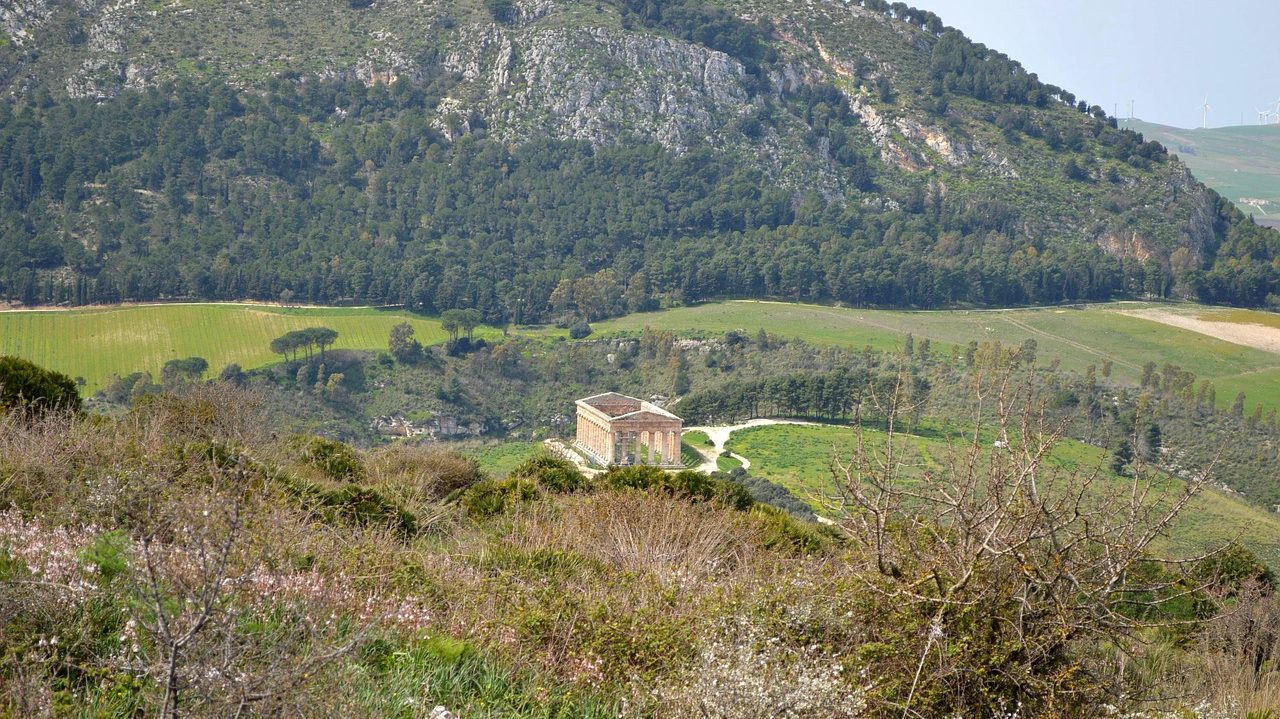 Imagine if you had the chance to have a heated outdoor pool surrounded by vegetation. Now imagine that the water in this pool is also a little magical, healing. Can you think of a place like this? If you want this dream image of yours to become a reality, we suggest you visit the Segesta thermal baths.

We are in the province of Trapani, in Sicily, where myth and legend intertwine to give life to stories worthy of the best Greek mythology. According to legend, the God of the rivers Crimiso wanting to warm the nymph Egesta unleashed his power by making the river water become hot as if it was boiling. Subsequently, the God and the nymph married and gave birth to Aceste who founded the city of Segesta with the main objective of honoring his mother. Beyond myths and legends, simple stories even though they may still be fascinating, the Segesta thermal baths are a concrete reality located in the village of Calatafimi, easily reachable from Alcamo and Castellammare del Golfo.

The Warm River of Calatafimi

The water of the small Warm River that flows in Calatafimi has meant that there was a famous thermal establishment on the island. Although the plant is well maintained, the natives, and the more adventurous, follow “ancient traditions”, far more economic and Spartan, going to a nearby pond emerged from the same river. It will be enough to cross a short country path. As is known, the baths exploit the sulphurous waters of naturally hot sources, specifically, the waters of this river reach a temperature that is around 47 degrees Celsius. At reasonable prices for the service it offers, the thermal establishment offers the possibility of exploiting, in addition to hot water, also hot mud, a panacea for the skin. However, we advise you to always precede a possible visit with a phone call, as the structure is not open all year and you risk having nasty surprises.

The entire area is dotted with artifacts and “ruins”. The town of Calatafimi-Segesta, thus named as a consequence of the ancient city, is a veritable mine of history and culture. Temple of Segesta, dating back to the third century BC, is the pride of an archaeological park, very respectable. Absolutely not to be missed is the Segesta Theater, which together with the Fortified Area and Porta a Valle, complete an enviable archaeological itinerary. Treat yourself to a half-day off, equip yourself with a camera and go to the fortified area which, being on a hill, will offer you a magnificent view of the valley.

Near the thermal baths of Segesta … Castellammare del Golfo

If there were not at least one seaside village as beautiful as few you would not be in Sicily. In the northernmost area of the Trapani area, only thirty minutes from Calatafimi we recommend a dip in Castellammare del Golfo. The typical beaches of fine sand and the particular conformation of the seabed, create a Caribbean scenario. A special feature of the place is the celebration, in September, of the “Madonna del Soccorso”. Celebrated every two years, in memory of the battle against the British. Legend says it was thwarted thanks to the intervention of the Madonna of the assicursu.