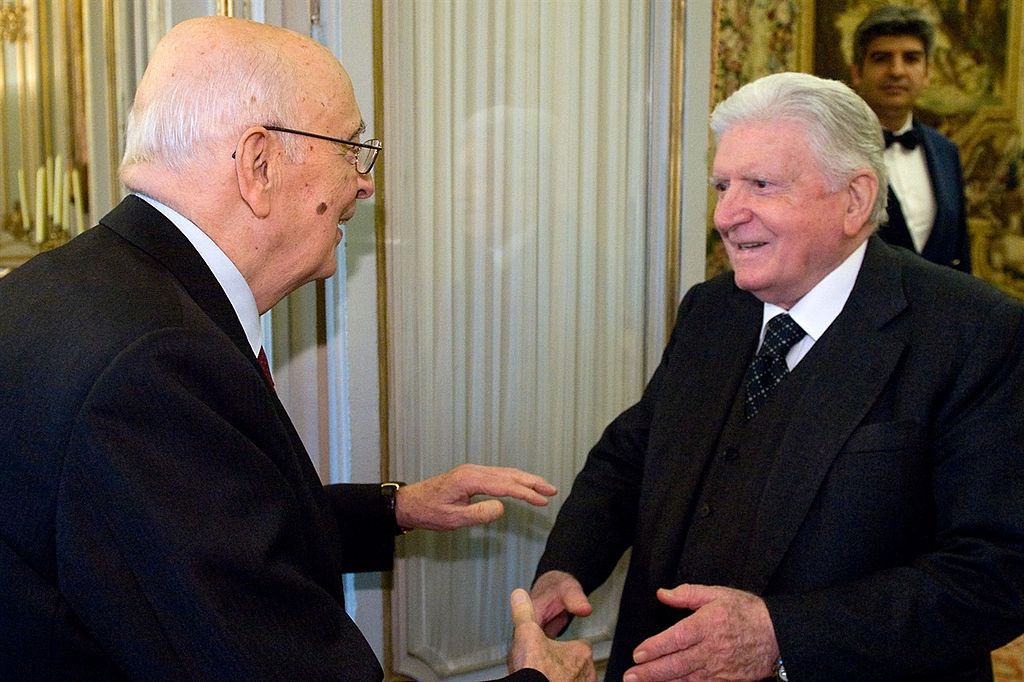 Sergio Zavoli, master of TV and journalism, has passed away

Not only journalism but the whole television lose a great teacher. Sergio Zavoli, author of many Rai programs that made history, politician, writer, a man of great sensitivity, passed away at 96. He is responsible for many innovations in public television conceived as a service to the country as a whole. “Zavoli’s leave – said the President of the Republic Sergio Mattarella – will be an opportunity to rethink his legacy, to remember the originality and quality of his most important works. To draw ideas and inspiration from his style, from his professional ethics, from his great narrative strength capable of going in depth and grasping the humanity behind the events and the protagonists”.

Sergio Zavoli and his career

Journalist, writer, intellectual, Sergio Zavoli was one of the most representative personalities of Italian television. Born on September, 211923 in Ravenna, he played a decisive role in the many historical changes in public television. He was responsible for the invention of many television programs. From “La notte della Repubblica” to TV7, AZ, Controcampo, to “Processo alla stage”. He joined Rai in 1947 as a radio journalist. Then in 1968 the arrival on TV, the co-direction of the Newscast and then the direction of the Gr1.

He was also from 1980 to 1986 president of Rai, director of the Mattino di Napoli and signed as a columnist for various magazines such as Oggi, Epoca, Jesus. He is also responsible for many historical television inquiries, or interviews. In the “Process to the stage” he involved intellectuals such as Pierpaolo Pasolini and Alberto Moravia to comment on the Giro d’Italia.

Zavoli also committed in politics and author of important essays

Sergio Zavoli was also a senator from 2001 to 2018. In addition, in 2009 he was elected president of the parliamentary commission for the supervision of Rai. Among the texts he wrote are “Viaggio intorno all’uomo”, “Nascita di una dittatura”, “La notte della Repubblica”, “Figli del labirinto”, “Socialista di Dio”, “Il dolore inutile”, “Diario di un cronista” And in 2011 he published the autobiographical book “Il ragazzo che io fui”.

The last farewell and burial in Rimini

From today the funeral home has been set up in the Senate, while the religious funeral will take place tomorrow, July 7 at 10am in the church of San Salvatore in Lauro in Rome. Sergio Zavoli had expressed in life that he was buried in Rimini, near Federico Fellini, of whom he was a great friend. And in Rimini the funeral chamber will be opened at the Galli Theater. The last farewell is from Friday from 5 to 7pm and Saturday morning from 10 to 12. The mayor of Rimini Andrea Gnassi said that “Rimini is your homeland. It was in life for affections, work, friendships, passions. It will be even more so from now on”.

Empathy and emotional participation, but also a sense of responsibility, a spirit of service. And we can also say an ethical idea of information that is truly unique. These are the characteristics of his way of doing journalism. For Zavoli, public television was “an extraordinary means of promoting the cultural and civil growth of society”. This is how Mattarella remembers him. “He was able to go in depth and grasp the humanity behind the events and the protagonists”.