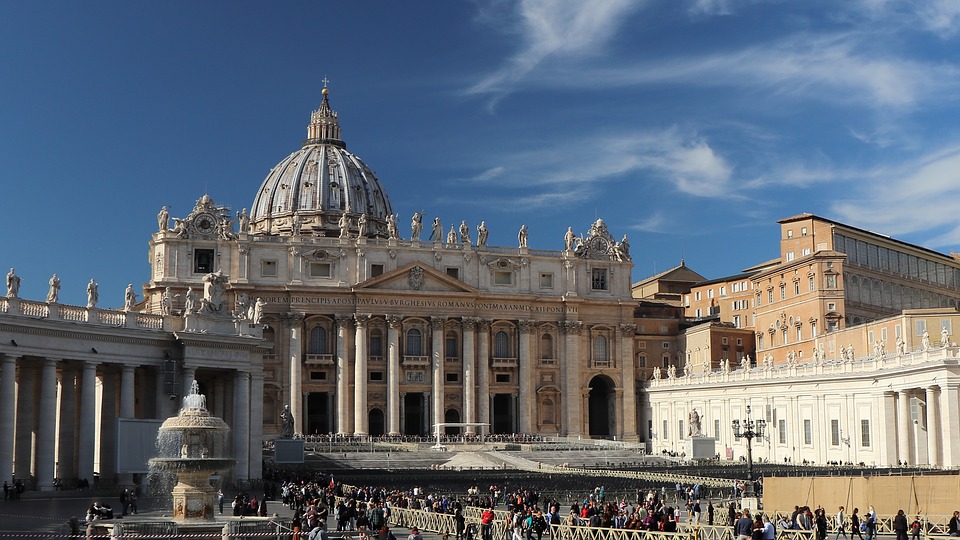 St. Peter’s Basilica in Rome was consecrated on November 18, 1626, after 120 years of work. The “big day” reaches 1,300 years after the consecration of the first Constantinian basilica. The great monumental work, symbol of Vatican City, presents a late Renaissance and Baroque style.

Inside and outside the imposing Basilica there are works by the greatest Italian artists of the time such as Michelangelo, Bernini, Canova, Raphael, Bramante. Saint Peter is, together with the sanctuary of Lourdes, among the most visited places of Christianity.

St. Peter’s Basilica, the consecration after more than a century of work

A hundred and twenty years of work were needed to create Saint Peter’s with the commitment of hundreds and hundreds of workers. The building measures 218 meters long and 136 meters high up to the dome, with an area of 23 thousand square meters. The Basilica is consecrated in 1626; instead for the completion of the square in front, we will have to wait until 1667.

These are just some of the numbers that make St. Peter’s Basilica in the Vatican one of the most beautiful buildings in the world. Every year there are several million tourists coming from all continents to Rome to visit the basilica, symbol of the Catholic Church. In fact that of San Pietro and is the largest of the papal basilicas.

The initial project of the monumental work was promoted by Niccolò V in the mid-fifteenth century. Then, on April 18, 1506, the foundation stone was laid during the papacy of Julius II; the ceremony takes place in the place where, according to tradition, the apostle Peter is buried. In fact, the new church stands on the site of the Horti of Agrippina, the Circus of Nero and the obelisk.

Next to the same obelisk the apostle Peter was crucified upside down. The construction area also includes the necropolis, with pagan tombs; the pyramid Me Rumuli, now lost, and the Mausoleo di Adriano today Castel Sant’Angelo.

The project for the new basilica was later entrusted to the famous Gian Lorenzo Bernini. The architect changes some elements of the façade and gives shape to the wonderful colonnade that characterizes the square in front of the basilica and which bears his name. Bernini colonnade ideally represents the embrace of the Church of Christ to its faithful.

Over the years architect Bramante designed the plan of the Basilica while the great Michelangelo Buonarroti never drafted his own definitive project but proceeded by sectors. In fact, on his death, he tries to reconstruct his original design to complete the unfinished work.

Pope Urban VIII was the one who consecrated St. Peter’s Basilica on November 18, 1626. The pope, a lover of luxury and a great patron of the arts, embellished the city with important works, including the great Catholic church, emblem of the Roman curia of those times