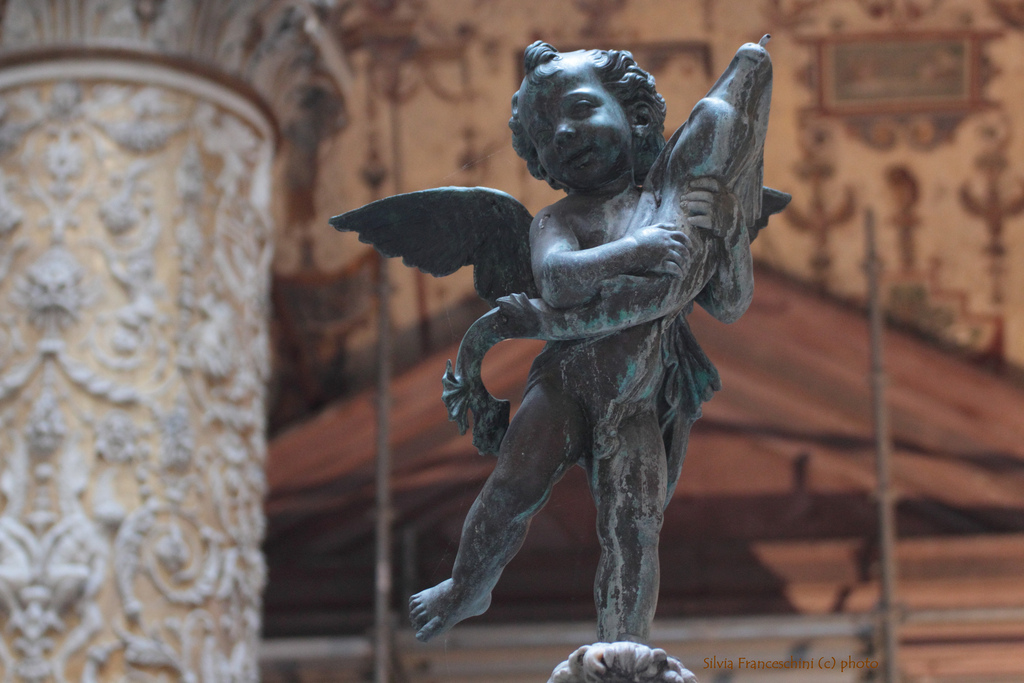 The Putto with dolphin returns to shine

It is about seventy centimeters tall, over half a century old and yes, even if it is only a child, the years begin to be felt. It is the Putto with dolphin, one of the most successful bronze statues by Andrea del Verrocchio, the master of Leonardo da Vinci. The next exhibition of Palazzo Strozzi will be dedicated to Verrocchio, and his putto will obviously have a prominent place. First, however, will have to go through the caring care of the restorers because, paraphrasing an old song, “Meanwhile the time goes away and you do not feel like a child.”

The origins of the Putto

The Putto with dolphin has shaped and created the Verrocchio, but Lorenzo de ‘Medici wanted it around 1470. The villa of Careggi had to be even more splendid than today and its gardens, as for many of its sisters, equally cared for. But there was something that Lorenzo’s eye was missing, and it was about the fountain where he often entertains with the Neoplatonic academics. There was Marsilio Ficino, who had founded the academy by the will of Cosimo the Elder, and there were Poliziano, Landino, Leon Battista Alberti. Yet while discussing hyperuranium or orfism, Lorenzo had to imagine a “bronze putto, which chokes a fish”.

These are the words of Giorgio Vasari who, in his Vite, by reviewing that of Verrocchio, adds: “which putto is truly marvelous”. So marvelous that the proudest descendant of Lorenzo, Cosimo I, made him “pose, as we see today […] at the fountain in the courtyard of his palace”. Oh yes, because as soon as Cosimo saw him he decided that it was a work worthy of a Duke and that he deserved to stay in Palazzo della Signoria, his new residence. And here it will remain there for four hundred years.

The centuries, the wear and the new splendor

Four centuries at the mercy of the weather, however, are difficult to bear, even if you’re a bronze child. Not by chance, in fact, in 1959 it was decided to put it away. The insiders of the time had evidently realized that the Putto with dolphin was gradually losing its brilliance. In its place was inserted a copy and the original museum putto on the second floor of Palazzo Vecchio. However, the problem of its maintenance remained and interventions were carried out, which at the time had to be considered valid, but they were not.
This is because it was not done what is now preparing to perform Nicola Salvioli, Modena restorer who will bring back the Putto with dolphin to its bronze splendor. The restoration currently underway is in fact the first real scientific-conservative intervention ever carried out on the Putto.

The goal is to remove the residual materials of previous “restorations”, often made with aggressive substances and techniques. Subsequently, the calcareous sediments will be removed, caused by the water which for more than five centuries has bathed the body of the shampoo. It is therefore a complex operation, which will be carried out under the direction of the curator of the Palazzo Vecchio Museum, Serena Pini, and the High Surveillance of Jennifer Celani (Superintendence of Archeology, Fine Arts and Landscape of Florence, Pistoia and Prato). It is necessary, however, to give credit to those who made this restoration possible, or Friends of Florence. The non-profit foundation of US origin (but with a lot of participation in Italian philanthropy) since 1998 economically supports restoration work on major Florentine and other works. He did this for example with one of the most important restorations in recent history: the one dedicated to Lorenzo Ghiberti’s Gate of Paradise.

Now it is up to the Putto with dolphin to return to shine and, for those who want a taste, it is already possible to “admire” even if in an unconventional way. The direction of Palazzo Vecchio has in fact decided to make the restoration operations visible to the public within the museum itinerary. For the others there will not be much to wait anyway. The Putto with dolphin will in fact be one of the central works of the exhibition dedicated to its creator, Andrea del Verrocchio, which will be inaugurated at Palazzo Strozzi on March 9th and will end on July 14th.
“… goldsmith, prospective, sculptor, carver, painter and musician; but indeed the art of sculpture and painting had a rather hard and crude way “. Vasari wrote this in what seems to be anything but a compliment. Yet, it was Vasari himself who recognized him as an extraordinary application in the arts, obtained thanks to his “infinite study”.

A dedication that made him emerge as a master overwhelmed and forger of incredible talents. In his workshop have passed the greatest of the time: Botticelli, Ghirlandaio, Perugino and, of course, Leonardo da Vinci. For this reason, on the occasion of the five hundredth anniversary of Leonardo’s death, Palazzo Strozzi thought that in order to celebrate his genius, it was necessary to start from the beginning. And the origins of Leonardo are that shop in which he entered an indefinite day of 1470. Maybe, just as Ser Piero da Vinci begged him to take his son under his wing, Verrocchio listened distracted from the work on that Putto with dolphin . And he arranged the tuft to appear wet, because that was the end of the water sprayed by the nostrils of that carp that, for mysteries only worthy of the Florentines, would become a dolphin over the centuries.