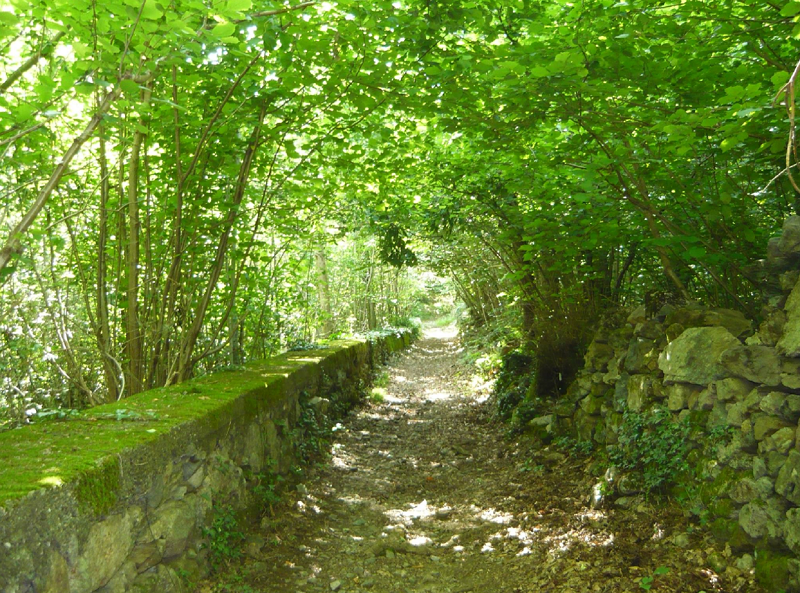 The secret of the enchanted forest of Montalto Dora

Near Ivrea, in the province of Turin, there is a very suggestive area, above all for its particular geological conformation. Because of a very elastic terrain, when the ground of this green area, the forest of Montalto Dora, is trodden on, it seems that everything is trembling around us. And this is why this place is defined as the area of the dancing lands.

The forest of Montalto Dora and its dancing lands

Imagine walking in a verdant forest. Now think about how you would react if the plants started dancing when you pass. It almost looks like a scene from a Disney cartoon. Yet an area like this exists, and it is precisely in Italy. It is the forest of Montalto Dora and, although it is hard to believe its own… feet, there is no trick and no spell has been cast by who knows what a witch. In fact, there is a scientific explanation, and geologists have provided it. As mentioned, the soil lying on this area has an uncommon elasticity. And when you walk around it looks like the plants of the forest are dancing with us. But why does the terrain of Montalto Dora have these characteristics?

The grove in question has grown on a peat bog, which is the marshy area that housed a lake. Many species of plants have grown on it, as well as a lot of organic material (such as the carcasses of dead animals). The lack of oxygen, in addition to the hand of man, caused the drying up of the lake, which became first a pond, and then a marshy area and, finally, a peat bog. A significant amount of water, however, remained under the ground thus giving a great elasticity to the soil.

The pre-existing lake of the Moltalto Dora forest and its dancers lands took the name of Coniglio Lake and was of very ancient origins. In this area, in fact, artifacts (an ax, a sword and a pirogue) were found dating back to an age between 1400 and 800 BC. According to scholars, in fact, there was a village of stilts. Its drainage did not occur only due to unfavorable weather conditions. In fact, even man put his own. A nineteenth-century magnate, François Balthazard Mongenet, owner of some iron and steel industries, carried out intensive peat exploitation extracted from the lake bed.

The Dancing lands and the forest of Montalto Dora, as mentioned, are located on the outskirts of Ivrea. They are part of the area of the moraine lakes of Ivrea, an area called the Five Lakes Ring. The municipality of Montalto Dora also organizes a beautiful nature trail, which is called In search of the Coniglio Lake. The visit is guided by some volunteer tour informants. For more information you can contact the telephone number 0125.652771 or the e-mail address of the municipality: [email protected]