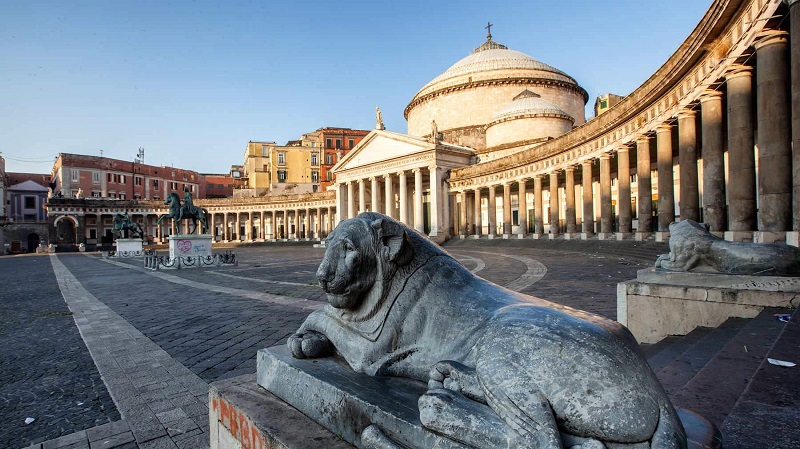 The Telegraph crowns Naples as the most beautiful in Italy

The charm of the history and beauties of Naples often leave visitors speechless. Stanley Steward, a journalist for the English newspaper Telegraph, knows something about it. After having visited it, in fact, Steward crowned Naples the most beautiful city in Italy.

But what has affected the English journalist so much to define Naples as the most beautiful city in Italy? Steward has certainly let himself be kidnapped by the beauty and contradictions of the capital of Campania, a city full of wonders, but also chaotic and in some dilapidated areas. The passion of the Neapolitan people has broken through the cold heart of an Englishman, used to living the great city with order and rigor, but without the typical warmth of the Neapolitan city.

The Archaeological Museum of Naples has literally entranced Steward, thanks to the wealth of the collections belonging to the Farnese family and to the finds from the archaeological site of Pompeii. In particular, he focused on a very special wing of the museum, or the Secret Cabinet. Here the most direct expression of sexuality is returned with a whole series of very explicit finds that form an almost unique collection of its kind. The representation of sexuality expressed so strongly brings her back to a modernity of antiquity that had been lost in the Middle Ages.

The image of Naples transmitted by Steward does not deny the negativity of the city, but encloses it in a romantic vision of a free metropolis, with its own strong identity. In fact, its great artistic heritage should be celebrated, in fact, how much the city must be described in its most remote, raw and degraded corners. In every corner, in fact, the English journalist can read the history of the city, which was born as the Greek Partenope up to the many baroque reconstructions.

And of course the culinary aspect can not be overlooked when it comes to the metropolis of Campania, which is known throughout the world for its traditions, which melancholy also result in the monotony of a center that grows in the years but ultimately remains linked to the its cornerstones. The pizza, above all, but also the almost obsessive ritual of coffee, which punctually and distinctly articulates the moments of the day of the Neapolitans. But even the pastry, with the sfogliatella that steals the scene from all the other products, or the secular culture of the friggitoria are firm points of the Neapolitan culture. And it is in this context that the minds of Neapolitan history conceived masterpieces such as the San Carlo, the oldest opera house in Europe.
That of Stanley Steward presents itself as an ode to a city, which has to look back to project itself forward. Whether or not it is the most beautiful city in Italy remains a very subjective fact, which divides the opinion of those who visit it. Certainly this journalist has warmed his heart between the passion of the Neapolitans and the history of the city.