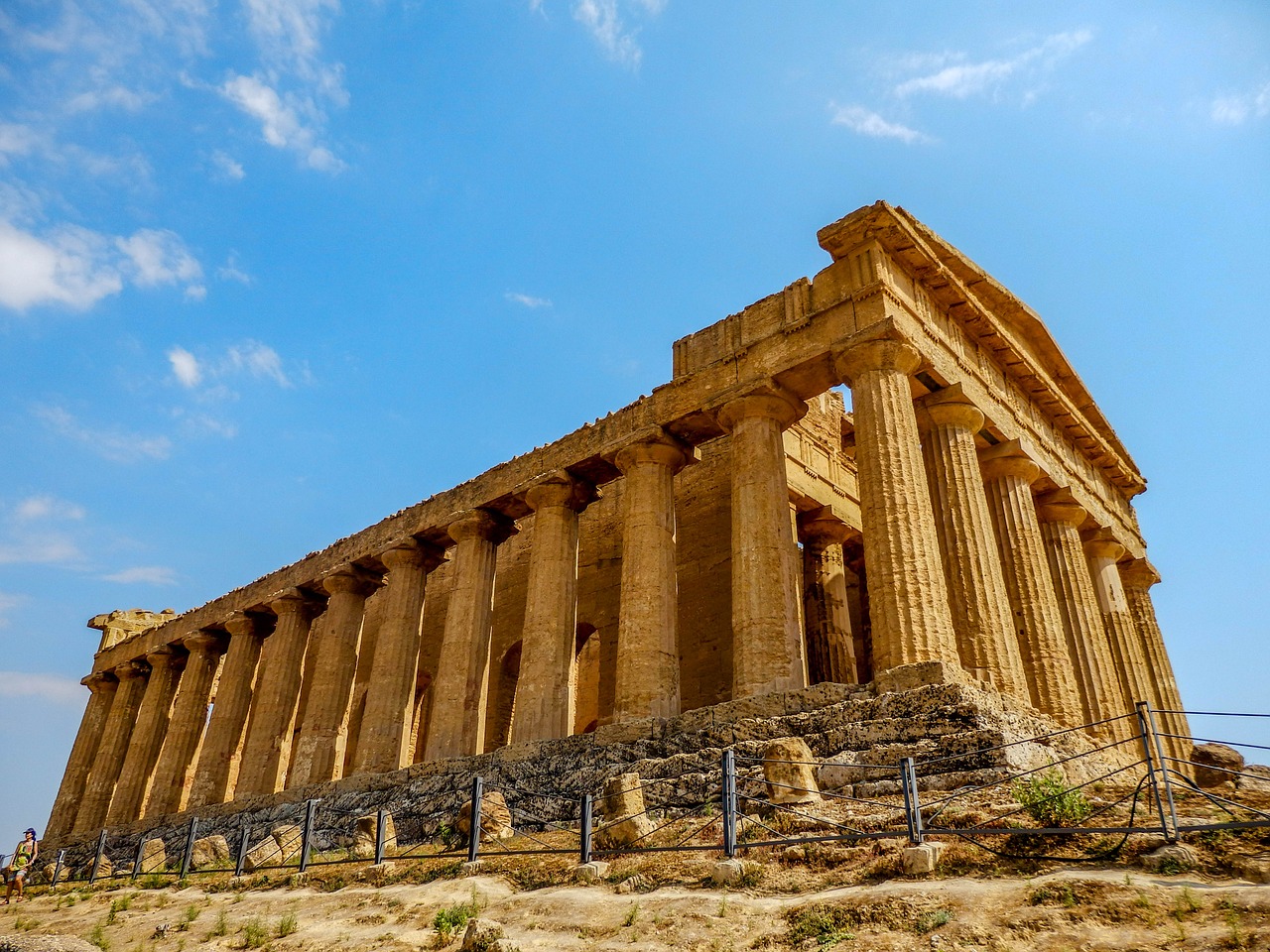 Valley of the Temples: let’s discover the archaeological park

The Valley of the Temples is a dream. A splendid vision of spring. An archaeological area that houses the important Doric temples that once surrounded the ancient and majestic city. In this suggestive corner you can feel the history and dive into a landscape of rare magnificence. Discovering Akràgas masterpiece (today’s Agrigento) among curiosity, nature, tourism of Sicilian beauty.

Valley of the Temples, myth and history

The Valley of the Temples in Agrigento is a unique place. A story of two thousand years and an area included in 1997 on the List of World Heritage Sites by UNESCO. The city of Akràgas, founded in 581 BC from settlers from Gela and originating from the islands of Crete and Rhodes, it was one of the most important Greek colonies of the beautiful Sicily. In the 5th century BC, between a significant military expansion and the victory over the Carthaginians, the great temples were erected; testimony and symbol of prosperity and importance of the city. The area of interest extends over 1300 hectares and has always been a popular destination for curious travelers, but also writers, historians and topographers.

The Valley is characterized by the remains of twelve temples of the Doric order, three sanctuaries, the necropolis, hydraulic works, fortifications and also part of a Hellenistic Roman quarter on a Greek plan.

Furthermore, two Agora, an Olympeion, a Bouleuterion and the Tomb of Terone, a pyramid-shaped tuff monument, can be visited. From 2016 (date of discovery) it is possible to see the remains of the ancient Greek theater. The Regional Archaeological Museum “P.Griffo” exhibits more than five thousand finds; from prehistory to the Greek-Roman age. Among the best preserved temples we find that of Concordia, built around 440-30 BC and transformed into a Christian temple in the sixth century

Among the most fascinating: Temple of Hera Lacinia, that of Heracles, of the Dioscuri, of Athena, Isis, Demeter, but also that of Zeus, the interminable giant. The Temple of Olympian Zeus or Olympeion, built after the victory of Himera over the Carthaginians (480-479), was one of the most magnificent. The rectangular platform measured 113 m, 20 m in length and 56 m in width, on a surface of 6407 sqm. In the Middle Ages, a terrible earthquake destroyed the majestic temple. The ruins and the imposing fifteen columns are some of the most important remains of the classical era.

Time-table, tickets and some useful information

The Valley of the Temples can be reached by car, train and bus. From Palermo, Trapani and Catania, it takes about two hours to reach the city of Agrigento. The Hill of the Temples is open every day from 8.30 to 19.00. The entire entrance ticket costs € 10 and reduced € 5. Entrance is always free on the first Sunday of the month. We also recommend that you visit Agrigento, the city of Luigi Pirandello and the events and characters of Pirandello for an extraordinary journey of history and literature.